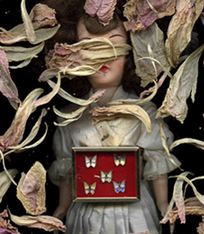 Sonya Lea writes about the origins of “First Bath,” her essay in the current issue of Brevity.

I began to write our memoir from the notes I made when I lived with my husband in a cancer hospital for three weeks. He was being treated with an aggressive surgery and chemotherapy, which had caused an anoxic insult, a brain injury in which his mind emptied his memories. My piece in Brevity, “First Bath” came from those notes about the early sensual experiences with my husband’s body, and a self so altered that I called him the “new” man.

The time in the cancer hospital had been tumultuous. Patients screamed. Wives grabbed my arm to ask me why their husbands were struggling. Nurses assumed I was out of control rather than a woman surrendering to pure emotion. As I circumambulated the hospital hallways, I memorized other’s pain, and wondered what had happened to the husband who “died” in the ICU. When we returned home, I wrote as a way to make sense of the events, and to release the trauma of that time and place. For the first few years I wrote a piece each month. An image would come to mind – the pink bowl filled with soap and warm water – and the piece would emerge from the tender sensation surrounding the event. I wrote in fragments, in a collage style, images that came together like the piecework my Kentucky grandmothers made from scrap material they sewed together. Nothing had to fit together perfectly, but the word-quilt somehow found beauty in the relationship of one fragment to the other. Some pieces were longer, like the description of the bath. Others were only a few lines. I crafted the pieces using Priscilla Long’s fine practices in The Writer’s Portable Mentor. I shared them with my writing group, and began to receive feedback. I learned where I was still confused about what information was needed for readers to grapple with this complex story.

When I began to write about my husband’s constant forgetting – an outcome of the traumatic brain injury (TBI) – I felt the despair of losing him so fully that I realized I was at a terrible crossroad: I had to choose completing the memoir or bonding with my husband. I told my mentor and colleagues that I had to put aside the story and concentrate on rebuilding my relationship. They understood my choice. I began writing fiction.

Eight years after the surgery I had luckily fallen in love with the new man, and could return to the memoir. I was stunned to see that the story fragments mirrored the state of the TBI: The stop and start of forgetting, the randomness of what gets kept and lost, even the nature of what it is to attempt to identify by holding onto our narratives, (and to have that history/herstory dismantled.) This hadn’t been something that could be planned but was necessitated by the nature of the trauma itself.

“Memory is a servant, faithful not only to the believed past but also to the imagined future.” I write these words in my journal and then I spend years learning what they mean.

§ 6 Responses to On Writing “First Bath”

You are currently reading On Writing “First Bath” at BREVITY's Nonfiction Blog.