Lee Martin on His Essay “Talk Big” and the Communal Voice 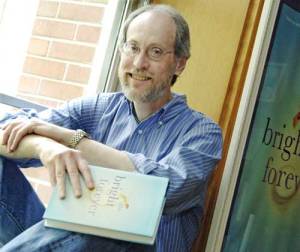 We regularly ask Brevity authors if they would write a short blog post on the genesis of the essay just published.  Today, Lee Martin tells us how he came to write “Talk Big:”

“Talk Big” came about as my response to a specific shooting from my homeland of southeastern Illinois, but really it was my response to all the violence from that part of the country that I’ve been on the periphery of, and also my attempt to understand that violence from the perspective of the perpetrator and those who participated in it verbally. The essay, written in a communal voice, also investigates the role that language plays in these unfortunate acts of violence, becoming a weapon that eventually carries someone to the point of no return.

My writing of flash nonfiction is often voice-driven, so it was natural for me to occupy the collective point of view of the people who were present the night some drunken words led to a man’s death, and by so doing to think more deeply about who those people were in that particular place and to eventually find the vulnerability of that group, that fear of becoming voiceless. The only way they can try to keep that from happening is by talking big, big, big.

I love the small towns and farming communities of my native southeastern Illinois, and I recognize the pressures on the people there—the pressures of a shrinking economy, the prevalence of drugs like crystal meth, the dearth of opportunity—everything that can cause one’s world to narrow so much there’s nothing to be seen on the horizon, only the here-and-now, and when that’s the case, it’s not so hard to step over the line of right-thinking into the land of making a big enough noise that people have to notice. Sometimes, like the night of the shooting I describe, there’s a communal pain that screeches and roars until something explodes.

Writing from a collective point of view also allows me to think more deeply about the self. If you’re interested in trying it, begin by recalling a saying from one of your communities (e.g. family, church, school, scout troop, neighborhood, town) and then write an opening line that contains that saying. Keep writing using the language of the community to introduce a narrative action. See if you can let the climactic moment of that action reverberate through the community in a way that evokes a surprising response. The language of a community projects a certain image of the group, but almost always there’s an opposite truth just beneath the surface of the language. The pressures of the action will allow that opposite truth to emerge. In the case of my essay, people talk big to keep themselves from being afraid.

You are currently reading Lee Martin on His Essay “Talk Big” and the Communal Voice at BREVITY's Nonfiction Blog.