Faulkner’s Vietnam: Kelly Morse on the “The Saigon Kiss” 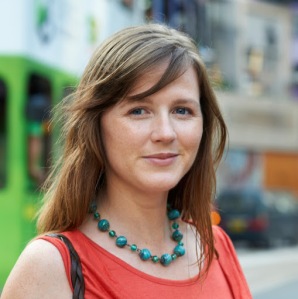 Kelly Morse discusses the origins of her recent Brevity essay, “The Saigon Kiss“:

It took me almost two years to find the format and pacing for this piece. The original draft was a prose poem, containing only the story of the man in the wheelchair with the boy. At the end, some impulse pushed me to add the line about the Saigon kiss, a bitter joke among expats, even though I didn’t understand what it was doing in the piece. Quite frankly, I was uncertain about lots of aspects of my life. I’d just returned to the US after living in Vietnam for two years, and I floundered in my re-entry, angry and grieving because I’d experienced a culture so markedly different from my own that now there were jagged canyons in my heretofore smooth understanding of the world. I was mad at Vietnam for exposing my ignorance to myself while never letting me integrate into the culture, and mad at the comfortable incomprehension my contemporaries maintained (through no fault of their own) that made it difficult to talk about the new terrain in which I found myself. Over and over again, I ended up in conversations about either the war or the current popularity of Vietnamese cuisine. Burning babies or bánh mì sandwiches. Neither is an accurate depiction of contemporary Vietnamese life – two-thirds of the current population were born after the conflict ended, and a lunch snack does not a people make.

Strangely enough, the place where I found the most kinship with my Hanoi life was in a Faulkner class taught by scholar James T. Matthews. Like Gabriel García Márquez, who in an interview said that Faulkner’s novel The Hamlet “was the best South American novel ever written,” I too in those pages found myself recognizing situations, gestures, and relationships I’d witnessed on another continent. Faulkner’s descriptions of an agrarian South being forced to reckon with economic subordination to an urban, industrialized North especially mirrored life in Vietnam’s two metropolises. Vietnam was re-entering global capitalism through sweatshops and startups, even as a recent census noted that 80% of the population held jobs related to farming, and over 90% lived in rural areas. The new brutality of Hanoi’s main streets was in opposition to traditions of interdependence holding together the dense neighborhoods and rural villages. It was through Faulkner that I figured out how to write about Vietnam.

When we read The Wild Palms, Matthews related that, after completing the first storyline of the novel, Faulkner found it oddly flat. He realized that he “needed something to lift it, like counterpoint in music”, and so interspersed the original narrative with another that dealt with similar themes from different angles. This idea came back to me months later when I found my own piece was missing something. The story of the man in the wheelchair was interesting, but it alone didn’t explain why I found in the situation a reflection of myself that gnawed at me. It also only showed one side of a particular aspect of Vietnamese culture, and a negative one at that. I had to draw out the complexity of the situation somehow, even (and maybe especially) if it revealed how I manipulated the social hierarchy when it suited me.  At the same time, I wanted to show how this complicated idea of relationships could be wonderfully intimate and friendly.

In the end, I printed out the three experiences and cut each up into paragraphs, arranging and rearranging them on the table until together they formed a greater narrative. Only then, with all the pieces together, did I understand why I’d originally included that line about the Saigon Kiss.

§ 2 Responses to Faulkner’s Vietnam: Kelly Morse on the “The Saigon Kiss”

You are currently reading Faulkner’s Vietnam: Kelly Morse on the “The Saigon Kiss” at BREVITY's Nonfiction Blog.