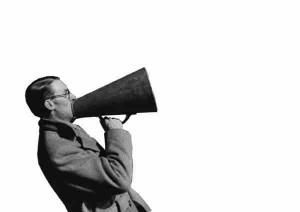 Exposure is risky, a little embarrassing, but part of the contract. It’s not simply dropping your robe to reveal a bare shoulder or allowing strangers a peek at your thigh. Creative nonfiction requires a stark naked pose.

As panelist Dinah Lenney put it during the Saturday afternoon discussion, The Naked I: Nonfiction’s Exposed Voice, the creative nonfiction writer has to “get naked, stand up and turn around. Slowly.” The effect might cause some to avert their eyes, others to be overcome with desire or jealousy or revulsion, but the authenticity of the exposure is crucial. Without it, creative nonfiction might as well disappear into the self-help section of the bookstore and call it quits.

The creation of the panel stemmed from Bending Genre: Essays on Creative Nonfiction, edited by Margot Singer and Nicole Walker. In it, Singer points to the self-reflective narrative voice that is the living ‘I’, the body of the author. There is no objectivity, only an odd, bracing mix of hubris and humility. While Singer could not attend the discussion, panelist Judith Kitchen explained that the narrative stance in creative nonfiction profoundly influences the voice of the writer. “Creative nonfiction creates a complicit contract with the reader,” Kitchen said. “The voice represents a self so close to the inner self it’s like hearing yourself in the mirror.” That voice is the “stamp of the individual in a world of conformity,” she said. It asks, “Who am I,” in that world and how to find that self within the community.

While the panelists, who also included Barrie Jean Borich, Paul Lisicky, and Ira Sukrungruang, offered up stale dictionary definitions of voice, they proved how useless those definitions are in helping young writers discover their own voices. Sukrungruang, who teaches at the University of South Florida, tells his students they each have at least five voices. By way of example, he points toward his own: French, Thai, Thai-lish (his family language, a blend of Thai and English), the private language between him and his lover, the safe, professional language he uses with his colleagues at university, and the “insecure fat voice” of a man who struggles with weight. Each voice reveals a separate piece of him, but they are wholly him. Those voices are always evolving, different within each narrative journey because each deserves a unique hearing.

Borich referred to this evolution as resistance and desire of the push and pull patterns that present themselves within each narrative. But how to explain it, asked Lisicky? To him, the beauty of exposure is not the full, naked body. The sexiest bodies, he said, are in different stages of undress and concealment.

Creative nonfiction is not a vanishing act, Lenney insisted. “I don’t write to disappear. I write to locate myself.” That location may be as mother, writer, teacher, wife, friend, or other. Locating herself in the narrative allows her to use language to sing for her reader. And perhaps this is where the paradox of the Naked ‘I’ unveils itself. While Lenney said she only feels authentically present in the creative nonfiction genre, she can control the impression readers have of her. “I don’t want to fool you,” she said. “I only want to sing for you in the key of my choosing, the best way I know how.”

Jennifer Ochstein is a writer and teacher who lives in the Midwest. Her work can be found at Brevity, Connotation Press, Hippocampus Magazine, and Hothouse Magazine as well as in The Lindenwood Review and Evening Street Review. Follow her blog at jenniferochstein.com.

You are currently reading AWP 2014: Find Your Voice, Get Naked at BREVITY's Nonfiction Blog.