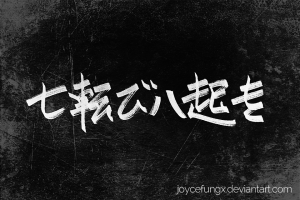 I’m at an artist residency, at the Atlantic Center for the Arts, which I highly recommend. A small group of “associate artists” are chosen to work with a “master artist,” someone notable in our field. There’s a daily class meeting, provided meals, and a lot of free time in a beautiful location to work work work…or relax and let the ideas flow.

I’m a work-work-work-er. And when I was here last year, I finished a book, so I came this year ready to rock-and-roll. Except…for the two editing projects that were overdue. And the last traces of bronchitis dogging my mornings, making it hard to get up and go. And of course the initial awkwardness of always feeling like the uncoolest kid at the party, any party. It’s been three days, and I haven’t actually written anything yet. But I’ve sure aced that quiz on the periodic table, my current time-suck when I know I should be doing something else. (Yttrium, ytterbium, rubidium, zinc…)

At Essay Daily, Peter Grandbois writes, in Ode to Failure:

We are the kings of catastrophe, the queens of ineptitude. Princes and princesses of disappointment. We pile the shattered bones of our missteps on the pyre of our imperfections. Our national anthem sings of soot-black air and beaten dogs. We pledge allegiance to distant shores we will never reach and storms that drag us away from any sight of land.

He writes about the difference between fencing as a young man and fencing now, his old style of “rhino” attacks giving way to running out the clock, to the wily practice of feints and false openings. He writes about how a novel that sold four hundred copies felt like more of a success than the one that sold thousands. About how the openings created by failure can be more valuable than the immediacy of success. He quotes the Japanese proverb, Fall down seven times stand up eight, which brings me back to the time I created a show based on that proverb, a show that burned through $200,000 without making anything back, and what my money bought was learning how to fire people. Tuition, so to speak.

Lord deliver us from the ugly hands of “success.” Take us, instead, down the road of failure in the trunk of a dead car. We beseech you to protect us from paths with a pot of gold at the end, roads that appear too easy. Let us wake to the blank page each and every day and not be sure how to fill it. Let us enter our daily tournament knowing each and every person there can beat us. We ask that you pluck out our eyes so that our black sockets can roll back into heaven. Grant us scorched earth that our dying weeds might grow. Only then can we know strength. Only then can we understand character.

Bring it on. Let’s fail. Let’s stand up eight times, nine times, ten times, until falling itself becomes an art, until the ground speaks when we land.

Read the rest of Peter Grandbois’ Ode to Failure at Essay Daily.

§ 9 Responses to Permission to Fail

You are currently reading Permission to Fail at BREVITY's Nonfiction Blog.