Obsessed: Beneath Every Plot, My Mother Remains 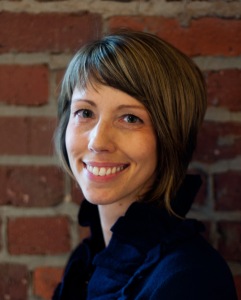 How many times have I killed my mother? In reality, she died once, but if you count every essay and story of mine in which she appears, the woman has expired countless times at my hands.

In a recent workshop I was asked to share my obsessions, the topics I can’t stop writing about. My shallow confession was an addiction to travel writing—true enough, I’ve written a book about it—but that night as I lay daydreaming about my latest story, I realized that I am actually obsessed with the far-reaching effects of my mother’s death. She died of brain cancer when she was forty-five and I was sixteen. Since then, I’ve written obsessively about losing her—my journals a fire hose of raw emotion, my fiction and essays populated with quests for a sense of self—and mothers, daughters, aunts, sisters and friends, all dying of cancer.

Obsession is defined as the domination of one’s thoughts by a persistent idea; the mind experiences a rush of fulfillment whenever the object of obsession is conjured. Unlike addiction, obsession isn’t an escape into the same experience but a search for richer prizes—hidden artifacts that deepen and validate the mystery—clues, not conclusions, a delicate balance.

My mother was my best friend and the buffer between my father and me. After she died, my life escalated into a cycle of neglect and abuse. The night my dad punched a hole in the wall next to my head then begged me to lie to the nurse who cared for his broken hand, I knew I had to leave.

Twenty-five years later, my obsession with her death simmers below the surface. Tempered by time, my loss is no longer the raw anguish I felt at her passing, in 1990; instead, it’s a low hum, a sandbag of reality: my mother is dead, my world forever changed. That’s life, I reason, but a voice inside refuses to accept this.

While I never consciously adopted it as therapy, writing is how I instinctively examine the loss of my mother. As I’ve gotten older, my obsession has grown to include my mother’s inexplicable decision to remain married to my father, whom she attempted to leave several times prior to her death. Why didn’t she untether herself when she had the chance? And why, despite my befuddlement with her life choices, have I mirrored some of them?

Journals from my teens and twenties blaze with early attempts to wrestle with this—uncontrolled, unbalanced inquiry, grossly unfair to those named within. But over time, writing has been a saving alchemy, tempering my grief into malleable material, the stuff of humanity and empathy that enlivens and warms my characters, including me.

Obsession is a hunt for complexity, a drive to uncover clues that we’re positive exist behind doors we cannot yet access; finding the next portal is as much a goal as unlocking it. That is why my mother keeps turning up in my work; each doppelganger presents another locked door, another clue to puzzle over. She may appear as a woman with espresso-brown curls, an Italian with olive skin. She might be from Detroit or drive a maroon ’79 Pontiac Grand Prix. She might have a precocious daughter. She might be on the run from abuse. The only common link between these women is death.

It sounds cruel to kill them and their loved ones in my writing, but it isn’t mindless the way real death is. For instance, I can tell you why each character had to die—personal growth or karmic justice—necessary plot devices that drive stories. Isn’t that what I’m searching for when I draw my mother into my writing? Reasons to accept my loss—perhaps my teenage self needed to be taught self-reliance? Even today, I still need something to point to with certainty and say, This is why it’s okay my mother died and left me.

After my divorce, my obsession with her boiled over again. If I could make hard choices, like ending a dysfunctional marriage, why couldn’t she? My fixation on understanding why fueled a novel and several essays in which I punished her for not being strong enough to leave my father despite her ability to leave me. It felt cathartic to write the horrible things I could never say: that I was mad at her for abandoning me at sixteen, and for not being strong enough to leave a bad marriage. I wrote and wrote until the blood finally ebbed from my ink.

As I approach 45, the heat of my obsession has reduced to a simmer. I no longer write for revenge but to explore the severed link between my mother and me, drawing on fuzzy memories and family myths to reconstruct her in relation to who I’ve become. I am learning how to love her and her flaws in the same breath, to understand the social pressures she lived under, how women’s rights were different then than they are today. My obsession is a red thread that knits it all together: love and loss, past and present, fiction and nonfiction. The tiny fissures of my scarred heart extend into both worlds.

Beneath every plot, my mother remains. To disinter her would mean undoing a part of me that I can’t live without; you cannot separate the obsession from the writer. The same goes for my teenage self—the persistent interlocutor deep inside. She is why I’m drawn to write about the great and terrible moments upon which literature and life are based, the questions that cannot be solved. I’m not ready to not be obsessed—with my mother, with love, with loss, with living. Besides, that girl inside, the one who keeps asking why, she isn’t alone in the dark—she has my mother to look after her.

__
Gabriela Denise Frank is the author of CivitaVeritas: An Italian Fellowship Journey. Her work appears in The Rumpus, Word Riot, Works of Fiction in Progress Journal, Bird’s Thumb and ARCADE. She lives and writes in Seattle.

§ 17 Responses to Obsessed: Beneath Every Plot, My Mother Remains

You are currently reading Obsessed: Beneath Every Plot, My Mother Remains at BREVITY's Nonfiction Blog.