Can Confessional Writing be Literary? 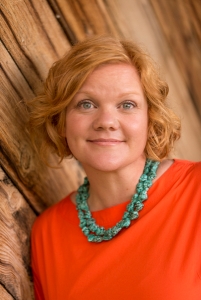 When I defended my MFA thesis—a collection of linked personal essays—one of my committee members, the only woman on my committee, said to me, “So many women have been traumatized on these pages. I don’t know women to whom things like this have happened. It seems a bit melodramatic.” I don’t remember how I responded. I remember how I wanted to respond. I wanted to say, “Is it melodramatic if it’s true?”

At the time of my thesis defense, I hadn’t yet acknowledged that I was being physically battered by my then-spouse. That acknowledgment came later, in the form of an essay that was later anthologized in Best American Essays 2015. If this committee member read that essay, I wonder if she thought it, too, was melodramatic? All I know is that everything I described in that essay really happened. If it was melodramatic, it was still truth.

In her Boston Review essay, “Wounded Women,” Jessa Crispin writes, “I am worried about the implications of throwing the label ‘women’s pain’ around individual experiences of suffering, and I am even more uncomfortable with women who feel free to speak for all women. I worry about making pain a ticket to gain entry into the women’s club.”

I don’t know that pain is a ticket to any “club” that I would want to be a part of, but personally, I am worried about having to constantly assert my legitimacy as a literary writer, simply because I often write about my experience of trauma. I am worried about the notion that writing about trauma is somehow easier (or less than) other writing.

In all honesty, many of us have traumatic stories, and perhaps this is where the stigma originates—the easy access we have to our own experiences—but simply having the story doesn’t mean that we can write it well. As literary writers, when writing about our individual traumas, we’re still called upon to use the elements of our craft in a way that strives to move beyond the individual story, and instead, capture something universal, or offer something educational. When I wrote my anthologized essay, “It Will Look Like a Sunset,” my goal was not to exploit my own trauma for personal gain. My goal was to show readers why I stayed for so long in a relationship that had become dangerous.

I had always been a literary essayist with an interest in complex structures, and I used the fragmented structure of this particular essay to represent the see/saw of love and violence that is symptomatic of domestic abuse. The essay went through many revisions and had multiple readers; It was hard work to try and write about a traumatic subject, while also maintaining a high level of craft.

In her essay, Crispin also wrote, “Suddenly women writers were being valued for their stories of surviving violence and trauma.”  This seems dismissive to me of the literary merit of these writers. The writers she describes—such as Roxane Gay and Leslie Jamison—are valued because they are excellent writers. They may have stories of surviving violence and trauma, but it is the ways in which they tell these stories that distinguishes them from other writers in the field.

When I sit down to write literary writing about my trauma, I am a writer first, and a trauma survivor second, but I am not ever not a trauma survivor, and as such, I am often interested in examining the roots and effects of my own trauma. Sometimes, I am interested in examining these effects in ways that might be considered therapeutic—that dastardly term that literary nonfiction writers hate. As a result, I have created a separate writing space—my blog—where the writing is not about my craft, but rather, about my story. The blog is where I talk about my journey of recovery, and the blog frees up my emotional space and intellect, so that I can approach my literary writing with more remove and thoughtfulness. Like most literary writers, I do not believe that literary writing should be therapeutic. When I teach creative nonfiction workshops, I tell my students that the therapy needs to come before the writing.

In her essay, “The Memoir of Recovery (Not Discovery),” in Kirkus Reviews, Debra Monroe laments the current state of memoir, where she posits that “The memoir became therapeutic: a narrative offshoot of self-help.” On many levels, I agree with Monroe. In one instance, she describes an editor who responded to her manuscript with “I just wish her childhood had been worse!” I can imagine how frustrated Monroe must have felt by that response, but when my own memoir proposal went out on submission, I received a somewhat different response.

One editor, after having read my blog (which very openly addresses the lingering effects of my domestic abuse) said that she didn’t feel the ending of my story was happy enough (I’m paraphrasing here). Another editor, with whom I spoke on the phone, asked me if I thought my memoir would have a “redemptive ending.” I answered that, of course I did. After all, I got out of the marriage. What could be more redemptive than that? But I added that, if someone is looking for a Lifetime Movie-esque redemptive ending, they won’t find that in my story.

In the end I was able to place my book with an editor who seemed to respect my work and my aesthetic, and who I trust will not pressure me to change my actual, lived experience in an effort to get more readers.

Truthfully, with the editorial feedback we received, Monroe and I were both victims of the same problem—that of memoirs being posited as “recovery” and “redemptive.” In this way, even though, like Crispin, Monroe laments our culture’s infatuation with traumatic experiences, she also differs from Crispin. Monroe thinks the problem is with the focus on recovery. Crispin thinks the problem is that women are valued for their wounds. To Crispin, I would say that I am not grateful for my wounds. To Monroe, I would say that I am also not redeemed by them. My wounds are simply a part of my existence. Still, because I am interested in an examination of the self, my wounds have, naturally, become a subject of my writing.

Part of what I appreciate about the writing of Leslie Jamison and Roxane Gay’s writing is the way they both actively resist portraying their wounds as redemptive. Instead, they address the wounds honestly, sometimes brutally, and with all of the tools in their arsenal that true literary giants possess—beautiful language, interesting structures, nuanced examinations of culture, and novel forms of presentation.

With my own writing, I seek to approach trauma in the same way. The story is important, but it must also be written with craft, and with nuance. I have no desire to always write about trauma, nor have I always written about trauma, but I am fatigued by the notion that narratives of trauma are rewarded simply on the merits of the struggle that one has endured. I had a traumatic experience, and perhaps that did gain me entrance into a club—a club of women’s pain—but that traumatic experience did not make me a literary writer. My hard work and my craft are what have, hopefully, made me into a literary writer.

§ 47 Responses to Can Confessional Writing be Literary?

You are currently reading Can Confessional Writing be Literary? at BREVITY's Nonfiction Blog.