On the Influence of Mentors 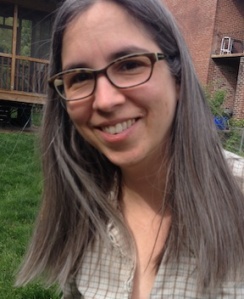 I’ve always wanted a mentor, but I’ve never had one, not like Socrates was to Plato or Emerson to Thoreau. This can mean one of two things. Either my work appalls and repels or (because I can’t bear to believe I can’t write) I plain don’t need a mentor. I don’t mean to sound flippant or priggish. It’s just that maybe I’m one of those students, the ones I always want to mentor but who never needed mentoring. Like Ada and Allison, Ashley and Aimee, and—oh, what was her name? The one who wrote her semester paper on Waiting for Godot. I can see her so plainly. She was petite with brown hair, wavy and long, and like Allison and Ada, she was going to become a doctor. She wore glasses when she wrote and read and smiled so daintily and laughed so broadly that she reminded me of Audrey Hepburn’s life. And then there was Caitlin. She had brown hair, too, and wrote her semester paper on a Twilight Zone episode (“The Eye of the Beholder”). She wanted to be a doctor, but she didn’t get into med school on her first try. Last I heard she was working in Washington, D.C., pursuing experience, pursuing life, pursuing. I don’t pursue. I set out. And then I wait for some miracle or some mentor to pull back the veil and reveal something profound and compelling, something I can pursue. But there’s never a miracle.

The other day I sent a picture to my mother. I’d taken it while driving on the interstate just as I was approaching a bridge that is no longer there. (It was blown up just the other day, or blown down, into the river below depending on perspective.) She said of it, “Nice. I like the angel.” I’d not seen an angel in the frame, but I was driving (yes, driving) when I took it, so the details weren’t important to me. Later I looked at it, and sure enough, there was an angel lingering above the bridge’s blued crossbars. Not in the religious or scientific sense. There was no winged seraph, and if I pointed it out to scientists, they’d say, that’s a cirrus cloud, to which my mother would undoubtedly say, poppycock. It’s an angel; we’re just too close to gravity to recognize it (give or take a word or two).

Maybe it’s not that I haven’t had a recognizable mentor like Socrates or Emerson. Maybe it’s that mentors are difficult to distinguish until they’re far away—in time and space and age. Maybe my student with the wavy brown hair is a mentor. Maybe Caitlin is a mentor. And Mallory, the teenaged girl who sat in the back of my high school English classroom and quietly wrote good papers about American authors. She is now blazing her Hollywood trail. And Ally Harbuck: she sat in that same classroom and wrote mediocre papers and ended up in my college composition class a couple of years later; then, she became a better writer at the school newspaper and met a boy, and as fast as those two years skidded by she died. A motorcycle accident. Maybe my mentors have been these faraway students who taught me what it means to clench life tenaciously, like Annie Dillard’s weasel, its bone-mouthed skull gripping the eagle’s throat. And the teachers: Jeannette Morgan, for one, the petite, old army-sergeant-turned-professor who taught advanced composition. One semester she taught me the unlikely lesson of defiance, too, when we smoked cigarettes in her Roy Cullen office even though the no-smoking signs had been taped to the hallway walls; and the professor who pointed out that Virginia Woolf began her treatise, A Room of One’s Own, with the simple interjection, but, inserting (insisting?) herself into the conversation of men.

I guess that’s what mentors do. They teach you how to insist, to defy, to hold onto the eagle (or is it the angel?) no matter how far the fall. Socrates may have been Plato’s mentor, and Emerson Thoreau’s, but certainly each was not the other’s only mentor. And certainly Socrates and Emerson had mentors of their own, even though they go unknown. Certainly there were others. Mentors are all around us teaching us what we need to know when we need to know it. This is the miracle, I suppose, whether we recognize it or not.
__
Deanna Benjamin is a writer, teacher, and student. Her work has appeared in Brevity, The Carolina Quarterly, Fifth Wednesday Journal, and the anthology Seek It: Writers and Artists Do Sleep (Red Claw Press). She teaches creative nonfiction courses at Washington University in St. Louis and literature and writing courses at the University of Missouri, where she is a Ph.D. student in English. She is also a member of the editorial advisory board at Alive Magazine in St. Louis and will serve as the associate nonfiction editor for Drunken Boat’s upcoming 2016-17 issues.

§ 5 Responses to On the Influence of Mentors

You are currently reading On the Influence of Mentors at BREVITY's Nonfiction Blog.