Get It On The Radio: Taping and Telling

On Tuesday, I wrote about the process of pitching radio stories. What happens next? Much of that depends on who accepts your pitch (or whether your name comes out of the hat at The Moth). Here’s what some of those processes looked like for me.

The Moth StorySLAM is one of the most accessible ways to practice radio storytelling and potentially end up in a bigger show or on the air. Moth stories are told live without notes, and (loosely) on a particular theme, announced ahead of time. Just show up at a local storySLAM and add your name to the list. Ten storytellers are picked from a hat, and each one has five minutes to tell a true, first-person story. Audience teams score the storytellers (don’t worry, everyone is enthusiastically supported by the whole audience); the winner moves on to the invitation-only Grand Slam. Grand Slams are in bigger venues, and every storyteller has won a local slam.

You’re on your own for the local slams, but it helps to practice your story over and over, especially the ending. A clean, powerful ending compensates for a multitude of rambling sins! It’s also important to be inside the time limit, because laughter and mid-story applause add time. Shoot for four minutes–that also gives you time to pause for moments of emotion or laughter. For the Grand Slams, one of the Moth’s producers in New York will work with you via phone or Skype. For example, I pitched “filling the bird feeder for my grandmother right before she died,” “scattering my own dad’s ashes at a major political funeral in India,” or “being a terrible prostitute” (believe it or not, they’re all funny). Producer Jenifer Hixon helped me find the most powerful thread, and listened to me over three phone calls while I figured out how to start the story, get to the good parts quickly, and end clean.

The Moth records all stories told at local and Grand Slams, and some are selected to be on the radio–not always the winning ones, so you have a chance no matter how you score. I also tape myself by setting my phone in an inconspicuous place, so I can listen after and hear how the story went and pick up audience reactions I didn’t notice through my own nervousness. Tape also helps me shape the story into a written essay, and I’ll submit that version to print venues. 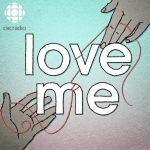 Love Me and Definitely Not The Opera

The Canadian Broadcasting Corporation has some great story-driven podcasts. Definitely Not The Opera ran for 22 years; Love Me was an eight-episode season. I signed up for the DNTO “pitch list” at their website. Each week, an email went out with the next episode’s topic, and I submitted probably 35-40 pitches over two years and got picked up three times. Love Me sent one story call for their season, to people from the DNTO list among others, and I pitched three stories to them and sold one. For CBC shows, a Canadian setting or connection helps (I’m Canadian) but isn’t mandatory if you’ve got a great story.

Major-network podcasts often rent time at a recording studio or local public radio station near the storyteller. I taped in studios in South Africa and Florida before buying a good-quality microphone for my computer. Now I’m able to tape in any quiet location, as well as doing “tape sync”–recording another storyteller locally, while the network interviewer talks to them on Skype.

My biggest challenge was not sounding “rehearsed.” Performing live at the Moth, practicing and tightening my story had been an advantage, but both DNTO and Love Me needed a more conversational sound. In each case, I ended up telling my story once, then being interviewed by the producer. S/he asked questions and I responded with chunks of the story told off-the-cuff; then the producer edited the takes together to get the sound and style the program needed. For this type of show, it’s truly OK to have your pitch and a sense of the story rather than planning every moment out.

One of my bucket-list venues, I got on the pitch list for Snap Judgment by sending an email. They also accept many pitches through the submission form on their website. My first try wasn’t so good–I got a call from a Snap producer in response to a pitch, she asked me to think more about transformation/change in the story, and I dropped the ball by not calling her back in time (life events happened).

But last week I got an email, “Hey, I heard you on Snap Judgment!” My first thought was there’d been some mistake, maybe it was the actor from Girls, but no–Snap Judgment picked up a story I’d told on Love Me. Surprise! Another credit without doing anything!

My hope now is that since their producers have heard me tell a story, perhaps they’ll accept a future pitch.

How does this work for you, Brevity reader and first-time radio storyteller?

Even if you never sell a radio pitch, the process of thinking about your personal experiences from different angles can help you transform that material into essays. And doing radio is fun! Writing is so often a solitary pursuit, it’s a joy to talk with a producer, hear immediate feedback, and collaborate on the shape of a story.

Allison K Williams is Brevity’s Social Media Editor and the host of the upcoming Brevity Podcast.

§ One Response to Get It On The Radio: Taping and Telling

You are currently reading Get It On The Radio: Taping and Telling at BREVITY's Nonfiction Blog.