The Long Way through No, To a Big Short Yes 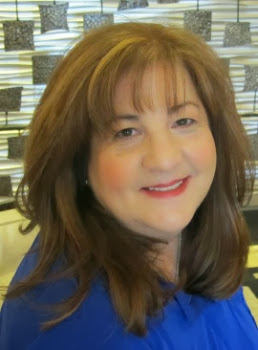 So, how did I get published in Brevity Magazine?

For several years, Brevity was on my list of literary venues I vowed to crack. Why?

First of all, I love reading Brevity. That’s reason enough. While I drift most naturally to writing longer essays than Brevity’s 750 word limit, over the past few years I’ve been intrigued by flash nonfiction, and have been writing more of it. To me, Brevity is the mother ship for short nonfiction. Brevity also consistently publishes writers whose work I admire; who doesn’t want to share literary real estate with the cool writing kids? Finally, once I put a publication on that “to be cracked” list (which stares at me from a whiteboard in my office), it’s game on.

Even if the game takes three years and six rejections before a Yes.

One thing that kept me submitting was my history with Brevity—kept handy in my Excel spreadsheet—included many “nice notes”: Moved by your story…Sorry to say no to this one…Try us again…Writing is impressive, but…” As an editor at a lit journal myself, I know those salvos are only handed out when an editor means it.

Studying the rejected pieces, I saw they were all based on something pulled out of a longer work-in-progress. It’s not that I didn’t work hard at condensing/rewriting (all eventually found publishing homes). But now I understand that one big reason the accepted piece worked is that I wrote it for Brevity the first time around: it never existed as anything other than a 748 word essay.

When I saw Brevity‘s themed call for works “examining lived experiences of race, racism, and racialization and the intersections between race and gender, class, dis/ability, and language,” I knew immediately what I’d write about: an incident 15 years in my past, that at times still felt lodged in my throat. I set to work immediately; I didn’t dismiss the idea before even getting started, as we writers so often do.

I tend to be an over-writer, churning out rough too-long drafts, because I’m that odd duck who loves messy brutal revision. This time, I was conscious from the start that I didn’t want to go more than 100 words over with an early draft. That helped, a lot.

By the third (or was it 23rd?) draft, I experienced a familiar nah-this-stinks-forget-about-it attack. That was compounded by seriously questioning my ability to speak to the topic, which sounded like: who-am-I-kidding-who-am-I-to-write-about-race.

Then a friend asked me to read something he was considering submitting for the same issue, and that reminded me: beyond the guidelines, you can’t know precisely what editors are looking for. If you pre-reject yourself (by not even submitting), you’ve lost twice.

Lesson number six: Punch that inner critic in the teeth and carry on.

When putting the final polish on the piece, I read and re-read 15 different Brevity pieces. Yes, this is out of order; that’s the first thing a writer should do: read the journal. But I had been reading Brevity, every issue, all along. This was a double, final gut check, a slow thoughtful cruise, making sure I’d absorbed the lessons I’d learned along the way.

When I finally hit submit, it was with a mixture of familiar dread (here we go again) but also, for the first time, a hopeful sense that maybe I’d done it right this time. But then, who knows?

When the acceptance arrived, I didn’t break into my usual dance-around-the-room jig, maybe because I was practicing a conference presentation, annoyed at myself for incorrectly ordering the slides.

Instead, I read the email on my phone, smiled, and went back to work. Because I’d submitted it exclusively, I didn’t have to navigate the tediousness of withdrawing it from other journals, or second guessing that I’d sent it to the wrong place. There was only calm, a sense of feeling both particularly lucky, and also rewarded for staying the course.

I did however visit my whiteboard list, and put a big check mark next to Brevity.

And wondered what to write next.

Lisa Romeo is a New Jersey writer, editor, and writing professor. Her work is included in the Notables Essays section of Best American Essays 2016, and has appeared in the New York Times, O The Oprah Magazine, Hippocampus, Full Grown People, The Manifest Station, and of course, Brevity. Lisa serves as creative nonfiction editor for Compose Journal, and as a review editor of scholarly works for the Journal of Creative Writing Studies. Her blog offers interviews, resources, and advice for the writing community. Find her on Twitter @LisaRomeo.

§ 14 Responses to The Long Way through No, To a Big Short Yes

You are currently reading The Long Way through No, To a Big Short Yes at BREVITY's Nonfiction Blog.