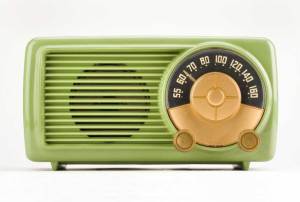 It’s time once again for the Brevity Podcast! Listen right from this post, or click over to iTunes, Soundcloud or Stitcher. If you’re subscribed, we’ll show up in your podcast app queue. And wherever you listen or download us, please take a moment to leave a brief review–it helps us show up in searches and recommendations.

Episode #3 features an interview with Rick Moody on form, function, life coaching and how to handle the part of depression that makes one want to walk in front of a bus, without losing access to one’s creative spirit. We also speak with Athena Dixon, editor-in-chief and founder of Linden Avenue Lit, about where and how to find new voices of color, and the evolution of her writing from R&B fan fic to establishing a strong new literary magazine.

Show notes and links to people, places and things we’ve discussed are below. Next month, we’ll be talking with Ander Monson, editor-in-chief of Diagram, and Brian Doyle, author of Mink River.

Our episode sponsor is the recorded webinar, Developmental Editing for Fiction and Memoir – useful for authors and editors, and available at Editors Canada (note that the price is in CDN$).

Born and raised in NE Ohio, Athena Dixon has been writing for as long as she can remember. From her first short stories to her very first poem, My Dad is Grand, language has been an immeasurable influence on her life. Through her early days sharing her work in online poetry forums, to her days as an open mic poet, Athena has honed her voice into a carefully considered balance of everyday life, childhood memories, and exquisite wordplay. Athena is founder and editor-in-chief of Linden Avenue Literary Journal, a monthly online publication of poetry, fiction, and creative non-fiction. She is also a poetry reviewer for Fifth Wednesday Journal. She writes, edits, and resides in Philadelphia.

Rick Moody was born in New York City. He attended Brown and Columbia universities. He has won awards including the Addison Metcalf Award, a Guggenheim Fellowship, the NAMI/ Ken Book Award, and the PEN Martha Albrand Prize for Excellence in Memoir. His short fiction and journalism have been featured in such work as Best American Stories 2001, Best American Essays 2004, and other anthologies. He has released multiple novels including The Ice Storm and Hotels of North America and the memoir The Black Veil, works of short fiction, music albums, and co-founded the Young Lions Book Award. He has taught at the State University of New York at Purchase, the Bennington College Writing Seminars, the Fine Arts Work Center in Provincetown. He lives in Brooklyn, New York with his wife, daughter, and brand new baby son. Write him with your challenges at Rick Moody, Life Coach.
Metonymy: the substitution of the name of an attribute or adjunct for that of the thing meant, for example suit for business executive, or the track for horse racing.

Crossroads: the story of Robert Johnson and the Devil, on Radiolab

__
Allison K Williams is Brevity’s Social Media Editor and the author of Seven Drafts: Self-Edit Like a Pro from Blank Page to Book. Want writing news, events, and upcoming webinars? Join the A-List!

§ One Response to Brevity Podcast #3 Rick Moody and Athena Dixon