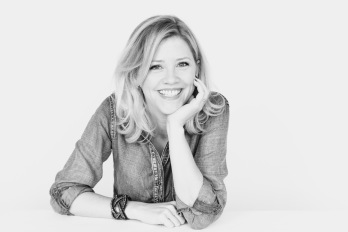 You will poach this egg.

OK, yes — you’ve ruined eight eggs this morning already. But this is it. You can do it. You poached an egg last weekend. You weren’t even trying that hard — you just followed the instructions from the first Google result for “how to poach egg” and it worked. A perfectly shiny little white blob, like a newborn albino jellyfish or a still-wet cloud on a painting. It sat right on that English muffin, pretty as you please. It was so good, you ate it in three bites. You didn’t even photograph it because you figured, “Well if I did it once, I’ll do it again; I’ll take pictures next time.”

And now you’re having trouble repeating your poached glory, even though you’re swirling the water in circles. You’re adding the spoonful of vinegar. You’re keeping the water just below a boil. You’re doing everything you’re supposed to do, and there is no reason these eggs aren’t poaching. Or there is a reason, and you can’t fathom it. The secret of the egg eludes you. You’re trying to think like an egg, but you’re too self-conscious — you’re just thinking like a person who’s trying to think like an egg would think. You have to loosen up and get into the egg mindset. Get into the flow.

Don’t think about the eight eggs you slipped into the water, one after another, saying a prayer and watching as each one spun out into soggy little egg-rags, shreds of a sail washed up after a storm, no sign of the ship. Thinking about that is why you’re paralyzed — staring into the almost-boiling water, holding another egg, unable to make yourself do it. The stakes feel higher somehow, like there are only so many eggs a person can dash to watery ruination before the right to try again is revoked. That’s a valid feeling, but it’s not true. You’re no more likely to screw up this time than any time before. Don’t listen to that feeling.

This poaching process is not an extended metaphor for your life. Extended metaphors never work anyway, you know that. This egg is not your career. It’s not the article everyone’s waiting for you to write after your last article went viral. It’s not proof that you can’t make lightning strike twice. It’s only an egg. Just a goddamned egg.

You might be thinking, “Maybe I should just make some avocado toast instead. I could post a picture of my toast and pretend that’s all I was trying to do all along. And if everyone thinks toast is all I was after, it will look like I got what I wanted, and everyone will congratulate me, and I’ll feel great.”

Except you’ll know you never poached the egg.

It doesn’t mean anything. It’s just an egg.

And you will poach it. Crack the fucking egg.
__

Mary Laura Philpott is an essayist, cartoonist, and contributor to publications such as the New York Times, the Washington Post, McSweeney’s, and Lit Hub. Across her work, she examines the overlap of the absurd and the profound in literature, culture, and daily life. She is also the author of Penguins with People Problems; the editor of Musing, the online magazine produced by Parnassus Books; and an Emmy-winning co-host of the literary interview show A Word on Words. She offers weekly pep-talks via animal doodles on Instagram @WildLifeCoach.
.

You are currently reading An Egg-Poaching Pep Talk That is Definitely Not a Metaphor for a Writer’s Career at BREVITY's Nonfiction Blog.