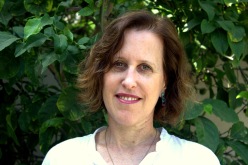 On the outside, especially to my friends who commute to an office, I have an ideal set-up. I plop my butt on a chair in the office adjacent to my bedroom and simply write. And write. And write some more. The house is husband-free, kid-free, and so quiet it hurts my ears.

Although I’ve been writing since the late nineties when I freelanced for websites and magazines, I only became a committed writer—one who has the capacity to spend hours with fingers poised on the keyboard, one who is plagued with self-doubt, one who receives inordinate amounts of rejections—during the first semester of my MFA. By second semester, I noticed when the writing took over and I went out less and less—for errands, with friends, even to see family. By the third semester, I realized my phone hardly rang. By the time I graduated, I noted how limited my world had become. Some days I didn’t leave the house, and a torrent of loneliness began to cloak me like volcanic lava. The more I worked at home alone, which I loved, the more I retreated inward, which worried me.

My write-from-home conundrum was clear: I was fortunate to have the freedom and time to pursue my passion but had to find ways to get out in the world as a writer. Living in a non-English speaking country meant I had to be resourceful.

In the autumn after graduation, I used social media to network, to see who connected to the Bar Ilan University English-language creative writing program, the only one of its kind in this country; I followed links to its friends’ and followers’ pages. I contacted two veteran writers—one fiction, one creative nonfiction—requesting to meet and pick their brains, asking how I could get involved in the small, spread-out writing community, who they would suggest that I call. Then I reached out to some of the people they mentioned: a British poet in Tel Aviv and a fiction writer in Jerusalem. The poet asked if I knew another American (poet) who had recently completed her MFA at Pacific University’s low-residency program; I followed up and called. We’ve still never met in person but bounce ideas off each other occasionally.

I called the Bar Ilan office and put my name on a list to receive email updates and stay abreast of their goings-on. Aside from a two-day literary event in memory of the program’s founder every spring, they sporadically host speakers and panels open to the public. I attended a conversation with Scott Turow on campus and a reading by recent graduates at a quaint Hebrew bookstore in Tel Aviv. Every time I arrive at a function knowing no one and force myself to mingle.

When one of the women I met mentioned forming a writing group in Tel Aviv and invited me, I jumped. As the sole CNFer (with seven fiction writers), I’m not a perfect fit. But I go. To get out. To dissect text. To discuss sentences. To surround myself with like-minded people.

Eventually, I formed a virtual community, participating in a semester-long monthly packet exchange with another VCFA alum, submitting my stories to one person and critiquing stories for another. I approached three writers asking if they’d like to exchange essays on a regular basis and became more active on Facebook, joining various writers’ groups and reading and responding to a wider variety of writing to create dialogue and show support.

Lastly, I applied to and was accepted as an editorial fellow for a literary magazine, a one-issue gig that lasted for three, spread out almost one year. As it neared its end, I asked a writer-friend who created her own publication if she had heard of any openings with other journals. When she asked if I wanted to hop on board and work with her and her partner, I accepted.

This summer marks one year since my MFA graduation. Sometimes I miss it terribly. The structure and the deadlines, the intense learning at residencies and the unconditional support of mentors. But I’m slowly realizing that I’m okay as a writer on my own, challenging myself to learn new networking skills and accept learning and getting feedback in different ways. I get it now: building a writing life isn’t just about the writing.

A Pushcart Prize nominee, Jennifer Lang has been published in Under the Sun, Assay, Ascent, The Coachella Review, Hippocampus Magazine, and Dumped: Stories of Women Unfriending Women, among others. Currently, she serves as CNF Editor for the Flexible Persona literary magazine. Since receiving a MFA from Vermont College of Fine Arts last summer, she has been obsessing over every word in her first memoir.

§ 9 Responses to The Writing-from-Home Conundrum

You are currently reading The Writing-from-Home Conundrum at BREVITY's Nonfiction Blog.