Do the Doing: An Actor Writes 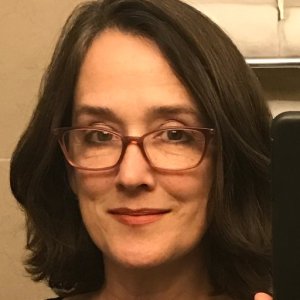 “I’m noticing a pattern in your work, and it’s a problem,” my mentor said.

I was near the end of my third term of my fiction MFA when she put her finger on something happening in my writing whenever emotions grew strong. To show an intense scene’s rage, anger, or grief, I’d throw in more adjectives and adverbs, believing more description would create more emotion and show I really meant it. Only it had the opposite effect. Instead of getting across intensity, my frantic, overly dramatic writing pushed readers away by taking them out of the scene.

“But it feels that intense,” I argued.

I remembered, then, something I’d learned decades before, working as an actress. In rehearsal for The Cherry Orchard, the director had watched us run through a crucial scene in which I played a mother recalling her beloved child, who died many years before. To get to those deep emotions I’d used my sense memory training, a cornerstone practice of method acting.

Actors practice sense memories, using their imaginations—tasting an imagined cup of steaming hot chocolate, folding a pretend pair of threadbare jeans—in order to sharpen their ability to call up emotions those senses may trigger. Just as you might bake your grandmother’s lemon cake and find the smell carries you back to the summers you sat on her back doorstep watching fireflies until bedtime. You might feel sad and miss her, or maybe grateful you had her love when you were small. Those long-held emotions come alive again, triggered by a smell.

In rehearsal, I’d imagined my own life’s experiences into an emotional well from which my character could draw. And I succeeded. I produced a torrent of tears and full-throated keening when I was reminded of my little boy’s drowning, as though the loss took place only yesterday.

The scene ended. I wiped my face dry, thrilled with myself, very impressed. Boy, had I shown everyone how I could act! The director calmly rose from his chair and I waited for my praise. In a gentle voice, so quiet only I and my scene partner could hear he said, “Sometimes it’s important to remember that what we want in theatre is for the audience to experience the tears. You, my dear, are so good at stirring yourself up, I’m afraid they’ll just sit back and watch you do it, and that’s not what we want.”

In an instant, I knew he was right.

“Just do the doing,” he reminded me, and went back to his seat.

“Do the doing” was a phrase we had all learned in Acting 101: play the action and logic of the scene using the senses people use every day of their lives—hearing, smelling, tasting—and the emotion will come. A play is for the benefit of an audience. Actors spend years honing their craft; good actors know this includes getting out of the way in a performance so people can become immersed in the story on stage, not the actor’s impressive craft on display.

It’s the same for writers. We must resist what I’ve come to think of as the frontal assault method—using more and bigger words to show we really mean it.

“What should I do?” I asked my writing mentor, scared there was some big mystery I would never master.

“When you arrive at an intense moment,” she said, “you need to grow as still as possible and pay attention to every detail that comes to you. What do you hear? See? Smell? What little detail comes to the fore of your attention? Wait for these things to happen. Grow still and don’t project, just wait. Then as simply as you can, describe those things.”

That lesson I learned as a young actress applies to the present tasks I face as a writer. I strive to be more observant, less judgmental. I try to trust the reader’s intelligence; I don’t need to bonk them over the head with what I mean. I try to write it, and get out of the way. I allow myself more time to explore details and follow where they entice my imagination to go—the writer’s version of sense memory—instead of stressing over the “right answer.” It’s more intimate this way, I find, and more fun, and though I often don’t quite know exactly where I’m going, I know I’ve got the tools to get there. By trusting sensory detail, logic, and human behavior to get across the emotion inherent in conflict, my writing has calmed down and my imagination feels freer. I work at giving my readers just enough so they can piece it together and experience the emotions themselves.

As I was writing this piece I happened to come across two pertinent quotes in a class I was taking—funny how that happens. Anton Chekhov said, “The more sensitive the matter in hand, the more calmly one should describe it—and the more touching it will be at last.” And Fanny Bryce’s tip to Helen Hayes: “If you cry, [the audience] won’t.”

Cecile Callan earned her masters from the Bennington Writing Seminars in January. She is working on a historical novel set in the horse-racing world of the American south, in the decade before the Civil War. While a student at UCLA, the novel was nominated for the James Kirkwood Literary Prize. In a past life she was a professional actress, wrote the award-winning play “Angels Twice Descending,” and is a published poet. She is thrilled to be working as an editorial assistant for Narrative Magazine.

§ 25 Responses to Do the Doing: An Actor Writes

You are currently reading Do the Doing: An Actor Writes at BREVITY's Nonfiction Blog.