A Little Is Enough 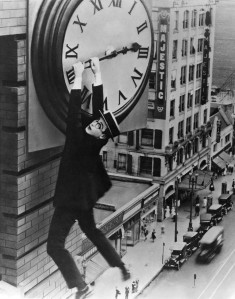 He’ll work on his book after this shot

At the Postgraduate Writing Conference at the Vermont College of Fine Arts earlier this month, Andre Dubus III talked about his writing practice after his three children were born, when he was writing House of Sand and Fog. He and his wife both worked full time, and the hours outside work focused on parenting. He taught as an adjunct at several schools and picked up construction work on the side. How did he write?

Seventeen minutes at a time.

Each morning, he started his morning commute twenty minutes early. Each night, he came home twenty minutes late. At first he pulled into an apartment complex parking lot and wrote in the car, but after ten days someone called the police to check on him. Fortunately, he knew the officer. Dubus relocated to a nearby cemetery. It was quiet. Usually empty of people, especially at 5AM and 6PM. Every morning, and every night, seventeen minutes at a time, writing in pencil in a notebook. In summer, sweating with the car windows down; in winter, with the heat on until he got a carbon monoxide headache and had to stop. All the way to the end of the book.

True, some writers work best with large swaths of time. Writing residencies, the privileges of a spouse able to support the entire family, household help, co-working spaces–all grant us the luxury of time. But most of us have more things in our day than our artistic time, particularly if we’re not making a living (yet) at our art. And it’s hard to carve out substantial time in a busy family and/or professional life.

It’s hard to wrap our heads around this method–“Oh yes, I wrote four words a day for twelve years and then I had a book” is kind of what it sounds like, and it sounds a little ridiculous. For most of us, it’s re-thinking the writing process. There’s no settling-in time, no getting sucked down a research rabbithole that somehow led to Facebook.

But there’s value in touching the manuscript more often, even for shorter periods of time. Just like the atmosphere of a retreat, when our brain knows “I’ll be back at the page in a few hours,” we can find ourselves working through a plot line or suddenly realizing why a character did that awful thing while we’re moving through the world. Commuting with a song associated with our story on repeat, or with silent earbuds playing nothing while we think on the bus.

The first week of short writing bursts usually sucks, because it really is establishing a new habit, which takes time. But after ten days or so, the flow will be triggered by sitting down. You won’t have to work your way in any more.

Maybe it’ll work for you. Maybe it won’t. But there’s only one way to find out. This is a shorter-than-usual Brevity blog: why not take the extra minutes and write?

Allison K Williams is Brevity’s Social Media Editor and the author of Seven Drafts: Self-Edit Like a Pro from Blank Page to Book. Want writing news, events, and upcoming webinars? Join the A-List!

§ 21 Responses to A Little Is Enough

You are currently reading A Little Is Enough at BREVITY's Nonfiction Blog.