Imagine Them Reading Your Book 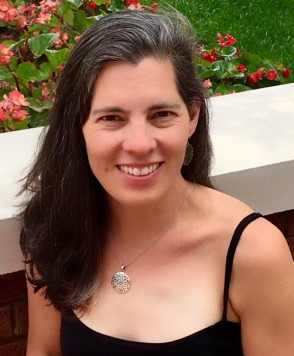 My uncle and I stopped speaking to each other almost a decade ago. I loved my uncle, and he loved me, but we had an argument that mushroomed into a cloud so thick neither of us could see through it—until years later, when he got sick, and his prognosis became too grim to keep on refusing to exchange words, especially kind ones. When we did finally speak, just after what would become his final surgery, neither one of us addressed the argument from years before. We knew it was time to put it behind us or else be left with regrets. We held hands, and that became more important than our tender but old hurts.

Years before I finished writing my memoir, I sat through panels and lectures on how to decide what to leave in and take out when writing about people in your life. Some authors advocated spilling it all, no matter the consequences. Others advocated for the play-it-safe side, allowing those represented in their memoir to read the manuscript before publication, sometimes even letting them decide what went into the final version.

In my first few memoir drafts, my uncle resided in several chapters. There was even a chapter about our argument: his past, my past, the places where our stories collided and burned. But some things felt too private to air to the world, and I worried about who might get hurt—namely, his family. Eventually, those chapters—and my uncle—were entirely taken out of the book, but there were other people I could not pluck out so easily. My memoir is about love and loss, and a former boyfriend and an ex-husband—whose relationships helped shape who I am today—were integral to my story.

When I started writing my memoir, I had written down any memory that came into my head, even if it was ugly, unfortunate, unflattering. The fights, the breakups, the counseling sessions, all of it went into those early drafts. The anger, too, and especially the blame. Oh, the blame. I had plenty of that.

I revised my “final” manuscript three times. And in those iterations, a shift took place. I was learning to understand better the former boyfriend and ex-husband—not just their actions or inactions, but what they might have feared, how the things I did might have hurt them. I kept imagining what they would think if reading my book. Did I talk enough about my failures? Did I admit to my insecurities, my weaknesses, my mistakes? In the end, I hoped, if nothing else, I had been fair.

The day I signed my book contract, I thought perhaps I should find and give a heads up to my ex-husband. It had been eight years since we had communicated. I didn’t have to find the former boyfriend because years ago he asked me (very nicely) to never contact him again, and I promised him I never would. He is not the type of person to open a shut door, so it’s highly unlikely he will ever know about the book, but if he ever reads it, it’s okay. I have imagined it dozens of times already. The ex-husband, though, I had made no such promise of never contacting, and I decided I needed to track him down. Turns out, I didn’t have to. It was only a day or two later that I opened up my email inbox, and there was a message from him.

“Hi Shuly,” it began. “I found your blog and enjoyed reading your stories. It felt a little strange to find myself in a couple of your stories—it brought back some old memories. I’m happy to see that you are doing what you love. I hope you are well.”

Yes, I had written a few blog posts about our marriage, but they weren’t intimate the way the book was. And if they were strange to read for him, how was a memoir going to feel?

I wrote him back and told him about the book, offering to let him see it. He wanted to read the chapters that had him in it, so we made a deal: I would send a chapter and we would discuss it over email, and then I would send the next, and the next.

We began to pass memories back and forth: the salsa dancing at the Corinthian, the trip to Mexico, the move to North Carolina. We joked about things, too—something we had not done since our marriage. Not surprisingly, some of our memories differed. He didn’t always like the way he was portrayed. Always my question to him was, “But is it fair?” He said it was, for which I was very grateful. He never, not even once, asked me to change what I wrote. He never complained. We communicated more honestly about our relationship in those emails than we ever had sitting on the marriage counseling couch together, sinking into a too-soft and uncomfortable future neither one of us was sure could support us for the rest of our lives. In our emails, we offered respect and regret. Time is a great negotiator of forgiveness. It allowed us a greater perspective, and to speak without blame, to take ownership of our mistakes, and to remember the best parts of our relationship.

Fifteen years ago, after we split up, while I was still smarting from our breakup, he said he hoped one day we would be able to be friends and get coffee together, and I told him, probably not very nicely, that there was no way that was ever going to happen. But now, it feels a little like we have had that coffee—without the coffee. And when my ex-husband said he wanted to buy my book, to read the whole thing, it felt like the kind of success I wanted but never dared to imagine.

Shuly Xóchitl Cawood is the author of the memoir, The Going and Goodbye (Platypus Press, 2017). She has an MFA from Queens University, and her writing has been published in The Rumpus, Zone 3, Fiction Southeast,Cider Press Review, and The Louisville Review, among others. Her website is www.shulycawood.com.

§ 40 Responses to Imagine Them Reading Your Book

You are currently reading Imagine Them Reading Your Book at BREVITY's Nonfiction Blog.