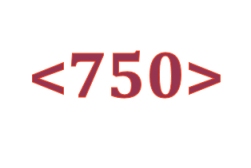 (As part of Brevity’s 20th Anniversary celebration, Guest Editor Shane Borrowman asked past Brevity authors to return to their piece and take on the task of either shortening or expanding it. Shane took the challenge himself, cutting his brief essay “Icky Papa Died” from 2009 down by more than 200 words. The result is below, followed by Shane’s reflection on the process.)

I was relieved when my great grandfather died.

I learned, a year too late to celebrate, that he’d been buried beside my great grandmother—in a grave unmarked and expected to remain that way.

No one would spring for a tombstone.

A horse-thief-turned-burglar-turned-forger-turned-rapist probably can’t expect better, even if he is family.

The last time I saw him I was twelve, and he was standing stolidly in his white gravel driveway, asking, “Are you mad at me? Your mother sure is.” I nodded, dropping an armload of brightly colored books into the trunk of my parents’ red Volkswagen.

He was remarrying. No one was anything but mad at him.

Thirty years after I nodded my answer, I discover his prison records.

“His picture,” I say over dinner and around a mouthful of steamed broccoli, “was right on top of the file. Didn’t look anything like him.”

Elizabeth shrugs, doesn’t point out that the picture is of a thin boy, while the great grandfather I remember was sixty-five and fat and liked to push his thumb into the bottom of pieces of chocolate to glimpse the filling, leaving a sweet smelling cardboard container of violated candies no one would eat.

John is three, sits to my left, knows I’m going to make him eat broccoli before he leaves the table. As I speak of family and criminal records, he furrows his brow and asks, “What papa?”

A simple grammatical structure for a complicated question.  I chew, consider answers. John can’t grasp that my father is his grandfather; this discussion is already nothing but abstract genealogy.

Elizabeth steps in: “This papa died a long time ago.”

I nod.  Because I’m an English teacher, I almost never correct my son’s grammar, even when it’d be a good way to change the subject. John immediately shares his new knowledge across the table with his twin sister, leaning from side to side to see around the collection of salts and spices that serves as a centerpiece: “Hey, Sam! The Icky Papa died!”

I notice that “got dead” has become “died” and that my great grandfather has gone from being an abstraction to being an icky. He was icky, yet my instinct is to defend him.

I can’t correct John because he’s right and because I smiled when I learned that Chips was dead.

At bedtime, I spin the story of Terry Troll, bridge builder in my Kingdom of NeverEverWas.  John stops me: “Daddy? The Icky Papa died?” His voice is filled with anguish that hurts deep in my chest.

John rolls to his side, faces the wall, falls asleep with his arm over the battered orange and green cover of Go Dog Go. I watch, feet planted solidly on the graying bedroom carpet

In May of 2009, I published “Icky Papa Died” in Brevity 30.  It wasn’t the first text I’d ever written about my great grandfather, but it was the strongest over time, an essay that still chokes me up when I read it aloud (most recently at a Spoken Word Festival in Dillon, Montana).  That original essay came in, by my count, at 704 words.

I’m shocked, in retrospect, that I didn’t cram in exactly 750 words.  I write short…but I don’t tend to be a writer who can resist one more line of description, one more adjective or adverb, when the space exists for it.  Maybe a new sentence fragment.

Late in 2016, as the contributors who join me here worked, I returned to “Icky Papa Died” with the intention to halve the text, the intention to cut those 704 words down to a slim and trim 352.  To drop the middleweight down to a welterweight without losing any punching power or stamina.

I could only bring “Icky Papa Died” down to 491 words—a reduction of only 213 words.  Worse, I think I did almost irreparable damage to the essay’s foundation.  The new, slimmed-down essay seems, as I read and re-read it, to lack context, to lack meat on the bones of its story, to lack, well, power.

There are moments where I like this new version of that old story better:  “John is three, sits to my left, knows I’m going to make him eat broccoli before he leaves the table” has a nice flow to it, better than the slightly longer original, which took 25 words and two separate sentences (as opposed to 20 words in a single sentence—not a huge change, but a good one).

But those moments are rare in this new iteration of “Icky Papa Died,” and with the exception of these limited points, this new essay lacks the poetry of the first.

It’s still got a good opening line, though…

Shane Borrowman is a professor of English at the University of Montana Western, where he teaches classes in nonfiction, the history of technology, and zombie cinema/literature/gaming.  He is author, editor, or co-editor of eleven books, including Mistakes Were Made: Reflections on Being a Mediocre Father, Trauma and the Teaching of Writing, Authenticity, and Rhetoric in the Rest of the West.  His current writing focuses on the intersection of family, memory, and the collapse of copper mining/smelting in southwest Montana.

You are currently reading The 750 Project: Icky Papa Died at BREVITY's Nonfiction Blog.