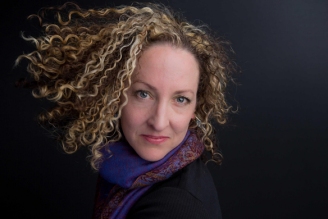 It started with a lump in my throat. Actually, it started before that.

When I embarked on a project gathering stories of belonging, I tried to be witty and philosophical by quoting author Ben Okri. “Listening,” Okri had said in an interview, “is quite close to suffering.” Maybe I didn’t take Okri seriously or maybe I thought I was immune. Either way I’m embarrassed to say that I became a casualty of my own research.

In order to interview people I wouldn’t normally meet, I’d applied to become a writer in residence but no one would have me. After I recovered from the rejections, I decided to continue my research independently and called myself the Writer Out Of Residence. I was thrilled to be part of a festival and had stints with a state library, a hospital, and a hip cafe. In six months, I collected 130 interviews. I just didn’t think it would drive me to therapy.

The thing is when I asked about belonging, people told me about rape and racism – He dragged me from the car by my hair – anorexia and mental illness, attempted suicide, prison and homelessness – I cut off his hand and shoved it in his mouth.

The more I listened, the bigger that lump in my throat became but I kept ignoring it. I’m doing important work, I told myself. It’s research for my book. It wasn’t until I had trouble swallowing and speaking became painful that I remembered a friend’s father who had died of throat cancer.

My GP sent me to the ear nose and throat doctor who squirted bitter anesthetic up my right nostril and stuffed a tube in it to peer into my throat as I gagged. Two GPs, one barium swallow and a cortisol inhalant later, I was lying on a carpeted floor staring at the ceiling and repeating zz sounds.

“Your throat is unremarkable,” the speech pathologist said, reading the ENT report. The pathologist used to sing opera and he looks like he used to sing opera. “It’s called globus pharyngeus. It’s an involuntary clenching of the vocal chords. Can be caused by stress. I see it all the time. Feels like a lump in your throat.”

Ben Okri may not have been referring to vicarious trauma when he equated listening with suffering but the link was there. When I was collecting stories, people opened up to me. They talked to me as if I was a therapist rather than a writer and I had no idea how to handle it. This type of secondary trauma is associated with war correspondents, social workers, or medical and rescue personnel, not creative nonfiction writers like me. But the more we as writers delve into the lives of others, the more susceptible we become to taking on their trauma, simply by listening.

I kept going. At one all-day festival, I interviewed 19 people without stopping and then raced home to look after my children. Everywhere I went I carried those stories with me. I was beaten up about nine times by gangs. The details rolled around my head and the weight of other people’s rage and terror pulled on my limbs. I tried to kill myself. Nightmares and heart palpitations jerked me awake at 3 a.m. and during the day I wanted to crawl under my desk and hide. I ignored the restlessness that pumped through my body like a never-ending sugar high. I kept collecting stories. How could I not listen?

Even writing this, my chest is tightening, my throat clenching. I pause, exhale, and look out the library window at the muddy Brisbane River. After months with an art therapist and the speech pathologist I know more about vicarious trauma and how anxiety affects me.

In my attempt to understand other people’s search for belonging I neglected myself: I didn’t debrief after interviews, I didn’t cut down on my workload, I didn’t find a way to let the trauma out, and I didn’t ask for help. How could I whine about what I was feeling when I was only listening?

At the same time, I felt so responsible for preserving people’s stories and honoring my commitments that I stopped doing activities that would have helped me: I was too busy to run or rock climb and my flute stayed in its case.

I know I’m not the only writer who is suffering and feeling guilty about secondary trauma: Oxford University now offers workshops to students and academics researching difficult subjects and more writers are asking about how to handle this in conferences and on social media.

There is no easy answer. People talk about self-care, going for walks, or hanging out with friends, but those suggestions were too vague. I was in a position of high anxiety and I wasn’t going to stop interviewing people so I needed a long-term solution.

At a writer’s conference in Australia I bumped into Leah Kaminsky, a General Practicioner and award-winning author. If anyone could help, it had to be her: she’s written about death and The Holocaust and seems balanced and happy. Later, when we talked on the phone and I asked about vicarious trauma, her suggestion surprised me. It was, in fact, the one thing I’d been avoiding because I thought it would upset me. She insisted that reading a broad range of well-written books on traumatic subjects was key.

“It helped me focus on the craft of how to actually be the translator of pain and of trauma, rather than being the vessel for it,” Kaminsky said. “I was the translator that was carrying the language of the voiceless to the reader.”

Now I’m surrounded by memoirs and essays on topics ranging from disability to genocide. And it’s working. I’ve got a way to go before that lump disappears from my throat, but concentrating on how other writers have transformed trauma into type is helping me manage the suffering embedded in truly listening.
___

Kirsten Fogg is a writer and journalist who has lived in France, the U.K. and Australia. Her personals essays have been published in Creative Nonfiction (U.S.), The Malahat Review (Canada) and produced by ABC Radio National (Australia). Her essay “NanaTechnology” was the 2015 winner of the CNFC/carte-blanche contest. Her articles have appeared in international newspapers including The Chicago Tribune. She recently moved her family to Toronto, Canada and can be found — covered in dust and muddling her way through renovating an old house — at www.writeroutofresidence.com.