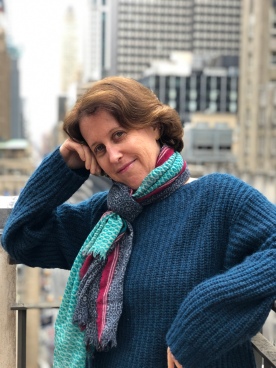 Last December, during my most recent visit home, I sat behind the wheel of my mother’s Prius, buckled my seat-belt, and helped buckle hers. The morning air was crisp, cool breezes swirled in the San Francisco fog.

“I have something to say to you,” my soon-80-year-old mother said. “And you’re not going to like it.” I recognized her tone: tough, tough love.

I remained quiet, concentrating on the road. Ever since she suffered epileptic-like seizures following surgery to repair a brain leak last August, she’s lost tremendous independence: unable to drive or take a trip or live wholly on her own terms.

“I know you wrote something about your father and me. Because it’s on Facebook, or it’s somewhere where everyone can read it. Why would you do that?”

I played dumb, passed the blame, telling her the editor at the publication publicized it, even though I was the one who posted it proudly.

“I will remind you your brother’s not speaking to you because of something you once wrote.” She wagged her pointer finger at me. “And I’m only going to say this once, so listen: you may not tell our story. It’s your father’s and mine—not yours—and it’s private.”

Her definition of private cracks me up. She broadcasts as soon as anyone asks why she and my father, still married, no longer live together.

At that moment, in her car, I, a middle-aged woman with three almost-grown kids, felt fifteen again. Reprimanded. Called out. Put in my place. And guilty as charged.

Last fall, I finished my memoir manuscript of a marriage—mine. But in order to put my relationship under the microscope, I examined my parents’ marriage too. Sixty-seven thousand words down on the page. Draft number two. Done.

I know what needs to happen. I understand the long road ahead. Yet, day after day, I sit at my desk unable to take the next step: query agents, research publishers, or create a complicated Excel spreadsheet.

I am also paralyzed by something else. Something new and foreign and so unlike me.

When people ask how my book is going, I change the subject. When people ask what I write about, I am vague. If they persist, I say creative nonfiction, memoir, essay. If they want to know the subject and I say husband, kids, parents, marriage, aging, home, I’m often asked how my family feels about my writing. At that point in the conversation, I lift my glass of cabernet sauvignon and sip slowly.

Before entering memoir territory, I wrote with abandon and submitted without second guessing myself. Now, I understand what Mary Karr and Dani Shapiro and Kathryn Harrison and so many other memoirists have stood on stages and spoken about and reiterated on panels. Now, I get the dilemma.

Lately, I’ve been fantasizing about writing fiction. About writing a novel. About making it up: characters’ names and physical features and habits and quirks. At the end of an online writing class, another student said my story would be a wonderful novel: There’s coming of age…love, history, politics… the human impact of the forces at work in the Middle East. When I responded that I yearn to write the un-truth, the teacher wrote: Fiction is truth on the deeper level. You can change the names, the setting and circumstance and still remain loyal to “the truth.” Tennessee Williams always said that his plays were “emotionally autobiographical.” I think that you can fictionalize your life AND write your emotional truth.

For now, I write the whole truth because it’s where my storytelling know-how started. Because I don’t know if I’m ready to cross over into fiction yet. Maybe I’m just nervous to change genres because writing my emotional truth allows me to shout out to the world: I’m here, I’m human, I’m flawed. And so is everyone else in the story. And that feels real, regardless of what anyone else thinks, including my family.
__

Jennifer Lang’s essays have appeared in Under the Sun, Ascent, The Tishman Review, The Coachella Review, Hippocampus Magazine, Pithead Chapel, and Full Grown People. Honors include Pushcart Prize and Best American Essays nominations and finalist in 2017 Crab Orchard Review’s Literary Nonfiction Contest. She lives in Raanana, Israel, where she teaches writing and yoga, but her heart and soul reside in the San Francisco Bay Area, home. Find her writing at http://israelwritersalon.com/ and follow her @JenLangWrites [as she writes her first memoir].

You are currently reading The Curse of The Good Jewish Daughter or Why I Wish I Knew How to Write Fiction at BREVITY's Nonfiction Blog.