Shut Up and Listen: A Recent MFA Grad’s Thesis Journey 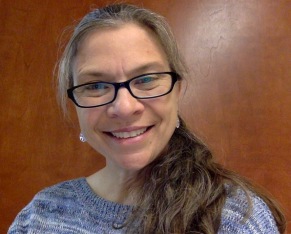 In my journals from twenty years ago I have found entries of what I can only see now as early drafts of my thesis. Bitter passages about my alcoholic father and his inappropriate confessions, laments about my mentally ill mother and how I felt her a ghost, an early account of a cherished family relic and what it symbolized. My thesis had been in the making for a very long time.

Yet, when I entered the Ashland University MFA in Creative Writing program in 2016, it was not a family memoir I had in mind. What I had was a revision of a manuscript I had begun in 2009 about my first four years as a psychiatric nurse practitioner. The first 125 pages covered the span of 12 weeks. I recently did the math: at that plodding pace I was on my way to over 2,000 pages.

The problems with the manuscript became clear during my first residency. I read Vivian Gornick’s The Situation and the Story and realized I had a situation but no story. I had never considered the difference. Steve Harvey drove the point home with his gentle but relentless focus on theme — what, he asked, is my narrator’s comment on life?

Steve also taught me about kronos and kairos — those two ways of experiencing time on the page — and what a crucial thing pacing is. My pages were steeped in scenes. Everything got equal time, so even if I had a theme, it was diluted with my overpour of words.

From Bonnie Rough, I learned the difference between the character self and the narrator self. I had been relying on my fiction training: I was showing a lot through my character self, but telling little. Until I read Phillip Lopate, I didn’t know you could — and should — do both in creative nonfiction.

I left that first residency with a plan: go back to the manuscript; focus on one chapter; eliminate any unnecessary scenes; add exposition; shrink or expand time as needed; locate my narrator self and get her on the page; identify my themes. Easy peasy, I thought. It would be like those paint-by-numbers I used to do as a kid. I didn’t have to know what to draw; just follow instructions.

It didn’t work. The revised version — though I had followed all instructions carefully — was even worse. The words seemed dead on the page. I felt that the harder I tried to cram the manuscript into my box of a plan, the less control I had over it. I knew I had to find a better way. 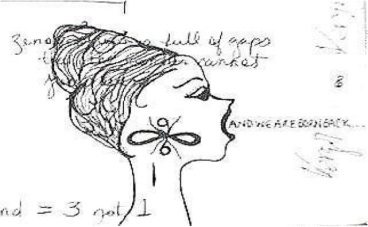 I have been a doodler since college. I call them “doodles” because they are born from my subconscious, not my imagination. I don’t render them into existence, so much as they seem to choose to be expressed. Whenever I try to draw something on purpose the image is crude and uninspired. But, when I let the pen or pencil or crayon do its thing, what comes out is usually the beginning of something surprising and engaging which I can then enhance.

I wondered: could I do this with writing? I started with a prompt (a picture, a doodle, a memory, a journal entry, an object) and I free-typed with as little preconceived notion as I could muster. I could feel the difference immediately. The words started to take on a shape and texture like never before. I started a new folder in Google Docs called “Raw Doodles,” each file a piece that may or may not fit later into a larger whole. I shelved my expectations and just kept doodling. When each packet came due, I scrapped chronology and arranged the “doodles” into associative patterns, trusting that eventually my themes and my story would emerge — this time not by my pulling and prodding, but by me listening to what the material was trying to tell me and letting it guide me to where it wanted to go.

It worked. It was my “in.” And what I learned was that the story of becoming a nurse practitioner — the story of finding myself in a position that I felt I simultaneously did not belong and was made for — was not the actual story; it was merely the situation. The real story was deeper and more complex. A story about how we break and search for wholeness, how we struggle to make sense of our experience, how we ask questions that are mostly unanswerable, how we go on anyway — asking more. Ultimately, it’s a story of me looking at where I came from to understand who I have become.

This was all well and good.

But how to structure it all in a way that was both cohesive and aesthetically pleasing? Over winter break, before my final, thesis, semester, I tried many ways to intuit the structure the manuscript wanted to take. I spread the pages out, cut sections and taped them elsewhere, shuffled and sorted and sweated over the sheets and sheets before me. I was hoping for a pattern to arise; none did.

For my first draft submission to Kate Hopper I patched it together best I could, actively avoiding any kind of chronology for fear I’d fall into the same rut as before. I had worked with Kate in the past; I trusted her instincts. But when she came back and suggested a chronological arrangement — to eliminate confusion for the reader, to avoid unnecessary repetition, to enhance the sense of urgency — well, let’s just say I was not in agreement. But, as I said, I trusted Kate, so, after a few weeks of kicking-and-screaming contemplation, I started to arrange things chronologically.

And it worked. The structure emerged of parallel narratives. The “now” of the story beginning with a scene in my therapist’s office in 2008 when I am on the cusp of becoming a nurse practitioner, wondering how I got there and why I hurt. The “then” of the story, reaching back before I was born, and moving forward in time with brief intervals between sections wherein I return to my therapist’s office. Within each section, the material is still largely associative, but the underlying chronology gives the manuscript much needed solid footing.

The manuscript is far from finished. I know that. What I also know — perhaps the most important thing I will take from this program — is that each writer must find her own way, must do the work herself. There is no prescriptive way of doing things. No paint-by-number shortcuts. At least, not for me. Through this thesis process, I felt more a channeler than a writer. My story was there all along; I just had to shut up and listen.
_________

Amanda Irene Rush is a writer and psychiatric nurse practitioner living in central Ohio. Her work has appeared in Vanderbilt Press’ 2008 anthology The Way We Work and the Bellevue Literary Review. She earned her MFA in Creative Nonfiction from Ashland University.

§ 5 Responses to Shut Up and Listen: A Recent MFA Grad’s Thesis Journey

You are currently reading Shut Up and Listen: A Recent MFA Grad’s Thesis Journey at BREVITY's Nonfiction Blog.