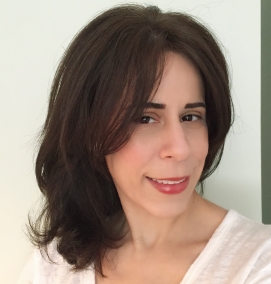 You know the feeling. Whether it’s assigned/paid writing work, a submission to a literary journal, a blog post, or any other writing you’ve done—it’s the same. I see it, and then there’s that shockwave that travels instantaneously from my brain, to my stomach, and then through my whole body. The cause of this terror: the dreaded typo.

When I first started writing, I was obsessed with making sure there were no mistakes, typos or otherwise. I rigorously scoured my work, again and again, until I felt confident that it was ready to go. It’s good to go, but I’ll just put it away for a little while and take one more look later, I would think to myself, but it was never just “one” more look. This level of vigilance was effective, in that I didn’t have many typos that I wasn’t able to catch. I’m sure I must have had them occasionally, caught by keen editors along the way, but in the end this method wasn’t efficient, nor was it healthy.

It was time consuming and stress provoking, and I lived in fear of making mistakes. This compulsive worrying about typos extended to emails to editors or other people with whom I was corresponding, related to writing. And it even spilled over into something as innocuous as a text to a friend. If I was writing it quickly and misspelled a word, forgot a comma, or any number of inconsequential mistakes, I felt driven to send a follow up text correcting myself.

Then one day, the dreaded happened. It wasn’t a typo, ironically, that led to a change in my approach. One day I sent an email to an editor, in which I referenced an attached file. After I sent it, I realized that I had forgotten to include the attachment. At that time, I had some personal matters that needed my attention. I didn’t have a lot of energy, and certainly no extra to devote to obsessing over this omission.

So I sent a simple follow up email. “Sorry…here’s the attachment.” The editor thanked me for sending it, and that was it. The world didn’t end.

From that point forward, I’ve consciously chosen to rein in my overreaction to these occasional situations. I still try to be as detail oriented, accurate, and thorough as possible with my writing. In my opinion, there’s no excuse for being a sloppy writer. Indifference and carelessness are not okay.

I’m not talking about being lazy about your writing, but I’ve adjusted my approach to typos and other small mistakes. I still review my work. Not just once, but at least twice. For me, this works best if I leave a little time in between readings. But I don’t re-read incessantly any longer. If an editor finds a typo(s) later, I don’t freak out. I apologize, fix it and resend (if they haven’t already corrected it) the piece. If there’s a mistake in an email I’ve written, I correct myself with a short (the shorter the better) follow up. If it’s truly trivial, I do nothing (Yes, this takes practice!). I’ve found the sweet spot.

Paradoxically, I actually think I’m a better writer since relaxing in this area. Worrying and obsessing don’t bog me down. Previously, I might overthink their/there/they’re to the point that I would inadvertently use the wrong spelling. While nobody likes to receive work (paid or unpaid) from a writer who doesn’t take pride in their work, most people are understanding of an occasional mistake.
___

Allison Futterman is a freelance writer in Charlotte, N.C. She can be found at allisonfutterman.com.

You are currently reading Typo Terror at BREVITY's Nonfiction Blog.