Blogging into the Quantum Foam 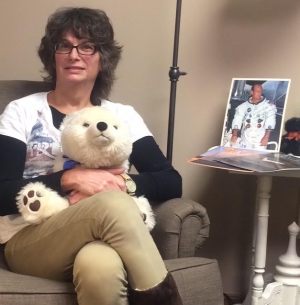 I hit “publish,” and there it goes – out into the blog-o-sphere for all the world to see, another post launched into space. And there it is, another post no one will view, lost in the cosmos.

Although public, my blog is more secret than Trump’s tax returns. I have no followers, except for one kindhearted friend, and most posts come up with zero views. Oh, once in awhile someone strays onto the site and quickly vanishes – poof –  as if into the Oort Cloud.

When I say I post into space, that’s a pun. I started my blog nearly four years ago to mark the 50th anniversaries of the Gemini orbital program, posting as each flight came up. I’ve been marking the anniversary of every step to the moon. I grew up in those days, an acolyte of Walter Cronkite, and as a magazine writer I wrote about the Shuttle program for more than a decade.

At first the blog was truly secret, telling no one as I played with it. I’ve since let a few people in on the secret, but other than the one friend, I’m still waiting for them to drop by. I’ve never tried to publicize the blog at sites where space enthusiasts might gather. For some reason – perhaps age – I don’t care. I’m jaded about social media and value my privacy more than publicity, especially in this day of Trumpian self-promotion. When I think of the word brand, it’s cousin, branded, comes to mind – as with a cow or Chuck Connors (see short-lived 1960s TV shows). I guess I’m a Luddite. I still listen to CDs and LPs and watch old VCR tapes. The only streaming I do is in the bathroom.

Sure, when hitting “publish,” I feel foolish knowing no one will read my words, feel a momentary flutter wishing to be heard. I’d like to have readers, but not “followers.” Trump wants followers; I don’t. I admit I am on Facebook, but rarely post anymore – don’t want the grim reaper of Facebook compiling data on me. Anymore, I rarely glance at it, and then only to see if anyone I know has died.

I enjoy my secret; it makes my blog stand out by being hidden. I enjoy the writing. The blog has changed with time, my writing has changed – that’s the reward. When I started, I wrote it imagining I was part of each crew and described the sensations of the missions as I flew them. I still do that but slowly shifted to shorter entries where I fish out key moment of the flights or little-known aspects to amplify. It’s fun digging through the surface, mining the missions for something new that surprises me. It’d be nice to welcome you aboard the capsule . . . 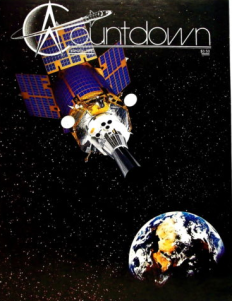 . . . But the older I get, the less I think about being published. Call it the J.D. Salinger Syndrome. I had my run a long time ago in the golden age of desktop publishing (as in PageMaker, v.1), writing to an audience of thousands every month.

If readers find me somehow – that’s fine. If not, I think we’ll connect anyway.  Everything I write changes me. What changes me touches the people I know – and spreads from there.  I think of it in terms of physics, the concept of quantum foam. The theory states that at the quantum level, space/time is not smooth, but bubbles like foam, a foam that is everywhere. I see it as connecting everything, with our actions bumping into those of everyone else. Every writer is a published author with no need of platforms and publications. It’s all published in the quantum foam.

So why am I submitting this for non-quantum publication? Good question.  Certainly not to gain publicity for my blog. I’m not going to reveal its name.

Perhaps I’m fooling myself, masking a desire to be published as grand as any. Or perhaps I’m a troll, trying to stir up trouble with this essay, make a name, practice for a run for the Presidency.

Perhaps I am submitting this because I don’t expect it to be published. What editor would publish a piece whose premise is you don’t need an editor, a publication or even a reader? Maybe I’m just making a cosmic joke.

I’ve said too much. Excuse me now, as I need to prepare to journey to the Moon with Apollo 8. It’s going to be fun. As Jim Lovell radioed as the spacecraft went behind the moon for the first time, “We’ll see you on the other side.”
___

Eunice Tiptree, too old to be usefully employed, writes every morning.  Afternoons, she tends the weeds in her yard.  She also enjoys writing about herself in third person as if she was a big shot.  Once upon a time, she was a he and he was the publisher and editor of Countdown magazine.

§ 18 Responses to Blogging into the Quantum Foam

You are currently reading Blogging into the Quantum Foam at BREVITY's Nonfiction Blog.