This is the second part of Brevity Assistant Editor Alexis Paige’s talk with her mentor-turned-friend, David Mura, author and VONA faculty and board member, about his new book, A Stranger’s Journey: Race, Identity, and Narrative Craft in Writing.  Part one can be read here.

PAIGE: “The work will teach you how to do the work,” you reminded me on the phone recently, “Do whatever it takes to keep the writing going; you’ll write your way into the answers that you need.” How or when in the process of writing this book did you know that race, identity, and narrative craft were all part of one book? Did you set out to write about them all, or did they come together by way of alchemy in the writing itself?

MURA: In much earlier incarnations, the book was rejected by two publishers. At the time, I was of course disappointed and discouraged by this; I experienced that sense of failure and even despair that I describe in the book as part of certain narrative constructions—the crisis of the second act of a three-act play; this is the dark night of the soul that comes in the middle of the mythical hero’s journey. Still, I continued working on the book because it came out of questions and problems that I encountered with students in my teaching at the VONA writers’ conference and in the Stonecoast MFA program.

At Stonecoast, I was writing long letters to individual students about their work, and I found that, unlike in many workshops, it wasn’t enough for me simply to point out the problems or deficiencies in their work. I had to help them come up with possible solutions or new ways of considering and addressing those problems and deficiencies. In this way I never stopped working on the book; I made it part of my job as a teacher.

I also kept in mind a couple of bromides about writing. As I’ve said to you, “You can always revise something; you can’t revise nothing.” Just write something; it doesn’t have to be perfect; writing is a process. I was also fueled by my friend Garrett Hongo’s observation after reading through drafts of Turning Japanese, my first memoir: “David, you’re not a writer, you’re a rewriter.” To put it more bluntly, he was saying, David, your first drafts are shit, but you just keep working at the writing and revising and eventually you get it. 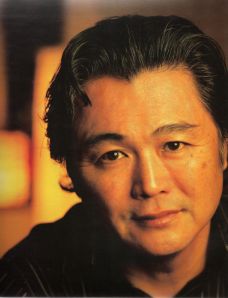 The connections in the book among race, identity, narrative craft, and the process of becoming a writer stems from both my teaching and my own writing. For instance, in the essay on the four questions regarding the narrator, the opening question is: Who is the narrator? This question applies to memoir in an obvious way, but it applies even to the third person omniscient narrator in fiction. So the very first question regarding narration involves these issues of identity. And so does the second, whom is the narrator telling the story to?

Let me take just one aspect of this second question. As Toni Morrison has observed, until very recently, white American writers never imagined a black reader; that is, white writers didn’t feel they had to consider how a black readership might interpret and evaluate their writing. Writers of color know that the literary gatekeepers will often be white. As I say in the book, that doesn’t mean a POC writer needs to write for a white audience, but we are certainly aware that our work will be judged by a white audience. Indeed, that involves, as DuBois noted, a more complex dual and multiple consciousness. But today, as opposed to the past, white writers must understand that those who read and judge their work will increasingly not be white; often, those readers and writers of color and indigenous writers may look at your writing differently than you do—so why would you want to remain ignorant of different aesthetics and ways of approaching writing? In her introduction to The Best American Short Stories 2018, Roxane Gay delineates her aesthetic disagreements with the choices of Richard Russo in an earlier edition. This is not to say that Gay is right and Russo wrong, but it is to say that you can’t even evaluate their differences if you aren’t aware of how Gay is formulating her aesthetic criteria.

Of course, with students of color, it’s often obvious to them that their racial and/or ethnic identity is a multi-faceted question, but this is also true for white writers. American culture itself emphasizes the individual over the group, but it’s clear that we are simultaneously individuals and members of a group. Moreover, in part because of this cultural tendency—and in part because of the ways race is processed, or rather, denied in this country—my students, but particularly my white students, often had a hard time thinking of themselves as a member of a group or how the lens of the group comes in many different contexts—race, ethnicity, class, gender, orientation, generation, region, etc.

PAIGE: I remember well my own resistance. Thinking about these issues is work—some of the hardest and best kind—but still work, and ongoing, endlessly complex. As a white writer, I have more work ahead of me than I can ever fully appreciate, for as you say, we don’t know what we don’t know. Such realizations can be daunting. In our semesters together, for example, I would often hope that some evolving draft was, if not done, then at least getting close—only to find one of your legendary letters in my inbox about more that needed to be done, or that could be done, or about different frameworks to consider, different ways of thinking that might open up the work, ways to formulate my own aesthetic criteria. With the single-mindedness of all students, I began to worry about ever finishing anything: “What if I can’t finish it?” I asked you about my thesis/ book. “The book will teach you how to finish it,” you said. I loved this idea, still love this idea—that the work is itself instructive—that the work is animate even; it decides, not the writer. What a relief! Now, on my best writing days, I am able to get out of the way and listen to the work. What did this book teach you as you wrote it?

MURA: First off, I learned that history and reality can change rapidly and thus, the context around your own work. Here’s how the book opens:

“The earliest essays in this book were written just before Barack Hussein Obama was elected President, bringing some deluded to declare a post-racial America. I write this introduction just after the 2016 election, in a nation where Michael Brown and Ferguson, Freddie Gray, Baltimore and Black Lives Matter are now juxtaposed against the rampant racism, xenophobia, religious bigotry, and sexism of Donald Trump’s election.”

I started the book in a time when many white writers did not want to think about the issues of race or thought them as mainly part of the past. In Trump’s America, race—and thus the question of white identity—cannot be avoided. So I started the book in a climate where I felt my project was a steep, uphill climb, and now I feel the book has come out at a time when the issues related to race are more and more considered a necessary part of our literary conversation. In short, I’ve gone from being ahead of the curve to just keeping up with it. That’s why I’m rushing to finish my next book of essays on race.

While the book was being considered, the readers for the University of Georgia Press asked for more material about race and identity, which I was glad to do (I had worried that they were going to say there was too much). I was also spurred on by conversations with students and writers of color about their experiences in creative writing classrooms. In the process, I’ve had to work towards a deeper understanding of how race structures our perceptions of our social reality, and thus, how literature is created and interpreted. If unconscious or implicit bias is at work in other areas of society, why wouldn’t it also infect our considerations of literary craft and excellence? And what are the sources of that bias? Over the last twenty-five years, the scholarship and theory concerning race has exploded, and I’ve tried to keep up with that—Frank Wilderson, Saidiya Hartman, Khalil Gibran Mohammad, Michelle Alexander, Critical Race Theory.

I’ve also had to become less concerned about negative reactions to what I’m saying about race and literature. This has been bolstered by work to find the intellectual and literary arguments to support my views, to find the basis for certain feelings I just have as a person of color seeing what this society does to people of color. In this way, I had to own my own perceptions and trust in them. As I say a couple times in my book, we start to write a book in order to become the person who finishes the book. I sometimes tell people, “I’m a Japanese American kid who grew up white identified in a Jewish suburb of Chicago. When a white friend would say to me, ‘David, I think of you as a white person,’ that was the way I wanted to be regarded.”

At a certain point, I began reading black authors like Fanon and discovered I was not white and that I had to figure out what that meant. But that suburban Asian American kid still resides in me and he’s astonished at what I’m now writing, what my life—so much more diverse than when I was growing up—has become.
____

David Mura’s newest book is A Stranger’s Journey: Race, Identity & Narrative Craft in Writing. He has written two acclaimed memoirs: Turning Japanese: Memoirs of a Sansei (Oakland PEN Josephine Miles Book Award & New York Times Notable Book), and Where the Body Meets Memory: An Odyssey of Race, Sexuality and Identity. He has also written a novel, Famous Suicides of the Japanese Empire, and four books of poetry, the latest The Last Incantations. Mura has taught at VONA, the Loft, the Stonecoast MFA program, the University of Oregon, the University of Minnesota, and other institutions. He also works with the Innocent Classroom, a program that trains K-12 teachers to improve their relationships with students of color.

Alexis Paige is the author of NOT A PLACE ON ANY MAP, a collection of flash lyric essays about trauma, and winner of the 2016 Vine Leaves Press Vignette Collection Award. Her essays, “Common Purple Lilac,” from Full Grown People, and “The Right to Remain,” from The Rumpus, are Notables in The Best American Essays, of 2018 and 2016, respectively. Paige’s work appears in many journals and anthologies, including Hippocampus, Fourth Genre, The Pinch, and on Brevity, where she is an Assistant Editor. Winner of the New Millennium Nonfiction Prize, four-time Pushcart Prize nominee, and twice a top-ten finalist in Glamour Magazine’s essay contest, Paige holds an MA in Poetry from San Francisco State University and an MFA in nonfiction from the University of Southern Maine. She lectures and teaches widely, and writes and edits from a converted farmhouse pantry in Vermont, where she lives with her husband and three dogs. She can be found online at alexispaigewrites.com.

§ 2 Responses to David Mura on Race, Identity, and MFA Diversity

You are currently reading David Mura on Race, Identity, and MFA Diversity at BREVITY's Nonfiction Blog.