On Visuals in Creative Nonfiction 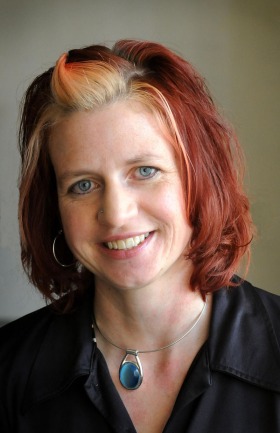 One question I often ponder as I read creative nonfiction: Why don’t more books include visuals?

I’m a big fan of the ones that do, such as Helter Skelter by Vincent Bugliosi, Body Geographic by Barrie Jean Borich, and Memory of Trees by Gayla Marty. I’m not talking about full-on graphic nonfiction, such as Fun Home by Alison Bechdel or March by John Lewis. I’m talking about primarily text-based books that use visuals to enhance and supplement the story.

My memoir includes a photograph to start each chapter. I was inspired by The Undertaking by Thomas Lynch, where photos at the beginning of each chapter add to the book’s evocative mood. As I was writing my memoir, I had clear images in my head of family photos I had looked at for years, which had sparked my imagination about my family. I wanted my readers to experience a spark of imagination as well.

I had always heard that it’s expensive for publishers to include photos in books, so that’s why it’s not often done. When I sat down with my editor as we talked about getting the book ready for publication, I was shy in asking about the inclusion of photos. I wanted the photos so badly; I was afraid he’d turn me down. Much to my surprise, he said: “No problem. Sounds great. Let’s do it.” He said as long as photos are black and white and printed on the same page stock as the rest of the book, there’s no added cost.

I primarily teach media writing classes at my university job, but on occasion I also teach multimedia and design classes. In my first career as a newspaper reporter, I was taught to think visually—what photos or illustrations can pair with news stories? Can a portion of the text be better expressed through a photo or infographic? Twenty years later, that thought process still guides my work, and I often require my students to include multimedia alongside their written assignments.

When I read nonfiction and visuals aren’t provided, I find myself doing Internet searches for photos. I’m sure I’m not the only one. These people are real, and I want to know what they looked like. Susan Orlean’s description of John Laroche is one of the most perfect descriptions ever written: “John Laroche is a tall guy, skinny as a stick, pale-eyed, slouch-shouldered, and sharply handsome, in spite of the fact that he is missing all his front teeth.”

Her description only provoked curiosity—I just had to find out what this strange-looking man really looked like.

In fiction, I don’t want illustrations. The point of making up people and places is to be imaginative, and part of the fun for me is to take a written description and try to imagine it for myself. I don’t want illustrations in Lord of the Rings or Pillars of the Earth. That’s also why I want to read a book before seeing the movie—the visuals of the movie will ruin my imagination.

But if people and places are real, readers don’t have to invent them for themselves. So why not be provided visual evidence of the real thing?
___

Rachael Hanel is an assistant professor of mass media at Minnesota State University, Mankato. She’s working on a narrative biography of Camilla Hall, a member of the Symbionese Liberation Army who was killed by Los Angeles police in May 1974. Find her on Twitter at @Rachael18 or Instagram at @rachael_hanel.

§ 24 Responses to On Visuals in Creative Nonfiction

You are currently reading On Visuals in Creative Nonfiction at BREVITY's Nonfiction Blog.