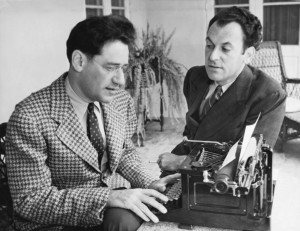 Many of us have sat in the classic writing workshop: the class reads a piece, a discussion happens, the writer keeps their head down and doesn’t talk. At the end of the conversation, the author might get to ask a couple of questions for clarification, or perhaps say something about their intention in writing the piece.

This can be useful—it’s good for writers to learn to listen to critique without defending against it, or pushing back with “what I meant to say was…” because if it’s not on the page, we didn’t say it. It can also be traumatic, especially if the class misinterprets a point in the story and spends the whole time arguing about a meaning that doesn’t matter.

In playwriting, authors often have help. The “dramaturg” is a writing coach/researcher/helper/challenger who assists the playwright. In post-performance discussions, or after rewrites in rehearsal, the dramaturg often leads the discussion, making sure the author’s concerns are addressed. The dramaturg asks follow-up questions, gets audience members and actors to clarify points, redirects the discussion if “how you should write this” starts bubbling up, and afterward, helps the writer process and apply the feedback that’s most helpful to their work.

Writing teachers do some of the same work leading workshop, but often, their job is focused on keeping the workshop moving as a whole, rather than being an individual writer’s advocate. Sometimes, workshops go off the rails or turn into a pile-on, leaving the writer bruised and defensive, or questioning their writing ability rather than the impact of a specific essay. Without an active mediator, it’s hard to truly receive feedback and weed out what’s helpful from what was a tangent in the discussion.

At Lithub, Beth Nguyen argues for a sea change:

Perhaps it’s time—way past time—to rethink how we workshop. To make it less a test of endurance and more a space of open discussion. Perhaps it’s time to undo the silence of workshop, to let students be part of conversations about their work rather than mere witnesses.

When she began teaching nonfiction, she discovered a key issue. The space of discussing memoir and essay is even harder, because in critiquing the work, there is always some element of talking about the author. Nguyen points out that with cultural and racial context missing between writers and readers, this can be a terrible experience for the author, particularly for underrepresented students.

I was also tired of workshop spending so much time talking about a plot point or logistical matter that could easily be cleared up by simply asking the writer what was intended. So one day I did just that: started asking the writer what they meant. And the entire workshop shifted. The mood lifted. The writer and the rest of the workshop could talk about intention—what carried through and what didn’t. The writer could engage in process during workshop.

When we unsilence workshop, when we invite students to participate in the discussion of their own work, everything changes: the writer is no longer passively accepting comments. Rather, they become who they should be: the creators and navigators of their own work.

The workshoppers, in turn, are asked to do less prescribing (I want to see more of this; I want this or that to happen; I didn’t want that character to be here) and more questioning. Why did you use first-person? How important is the sister character supposed to be? Instead of a typical old-school workshop comment such as “I want to see more about the mother,” there’s a question: “We don’t see much about the mother—how important of a character is she?” The former is a demand; the latter is an opening.

When the writer gets to talk about what they’re trying to do, they discover something more about what they actually are doing. Almost always, they reveal information that they’d been holding back. In other words, their talking within workshop, rather than at the end of it, helped them process their own process.

In her classes, Nguyen further incorporated the writers’ agency (and the role of the dramaturg) by encouraging students to set the tone of the discussion they wanted to have. Her writers submitted their work for discussion with an added statement of what they hoped to cover, including areas in their work of particular concern in this draft. And,

On workshop day, the writer who was “up” began discussion by talking about how they wrote the story. Where ideas came from, why they wrote it, what they were trying to do. They got to set the stage for their own workshop.

Nguyen writes about how this method sometimes blends with classic “author-doesn’t-talk” workshop style, and what benefits she’s seen in her students work, and her own, from opening up the discussion to include the author. Many of us seeing frustration in our students—and ourselves—can benefit from talking more in workshop.

§ 10 Responses to Talking Back

You are currently reading Talking Back at BREVITY's Nonfiction Blog.