How Can Writers Confront Privilege? Read (and Write and Teach) About It 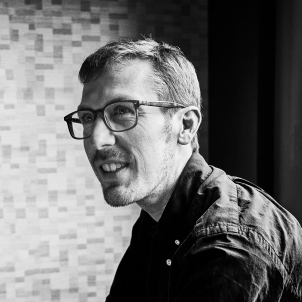 I’m a cisgender, heterosexual white man who was raised in the South, a tick below middle class and near the second notch of the Bible Belt. Don’t worry. There is no but. I just think more people like me ought to own their privilege up front, outright. That’s kinda what my debut collection of essays is about: owning up to privilege as opposed to ignoring it or—worse still—apologizing.

Man in the (Rearview) Mirror is about leaving my job as a senior editor at ESPN The Magazine in Connecticut and moving back to my native Tennessee to become a full-time driver for Uber. All of this began in January of 2016, when I was thirty and had no idea that Donald Trump would be elected President of the United States. So, yeah, it’s about that, too—how my silence and ignorance borne out of privilege renders me as culpable as anybody for this current American predicament, to put it lightly.

Three book readings in, and I’ve introduced myself this same way—more or less—to an audience of mostly white people, from Atlanta, Georgia, to Chattanooga, Tennessee, to Portland, Oregon, the latter at an off-site event during my first-ever AWP conference. The following day I spent an hour signing books at my press’s booth as part of AWP’s humbling-ly massive book fair. To help funnel potential buyers to the table, my editor greeted people with a short pitch. (He’s a naturalized citizen from Trinidad, for the record.) Meanwhile, I was busy with my own PR song-and-dance when I overheard him say, “No, that’s the author. Wouldn’t you love to meet him?” I turned to see a young woman of color, whose seeming interest quickly drained from her face, upon seeing me. She said, “I’m sorry. I don’t buy books by white men.” Then she smiled and continued down the aisle. Nothing malicious. Very polite, in fact.

For the rest of my stint in Portland and since returning to Atlanta, where I’m a PhD student at Georgia State University, I’ve recounted that anecdote to fellow writers—of all identities. Some have scoffed, even rolled their eyes at the reductive logic. Most of the eye-rollers, admittedly, have been men. As for me, I’m not offended, didn’t even roll my eyes. Hell, first thing I thought: Now that’s an essay! Besides, I knew about this trend in theory, just had yet to experience it in practice. Which is why I’d like to consider seriously the implications of what that young woman said.

This is a blog called Brevity, so I hope you’ll excuse my lack of an exhaustive history on gender and racial inequality in literature, other than to cite a stat by essayist Sonya Huber, who is also the director of Fairfield University’s low-res MFA, of which I am an alum. Since 2000, only two of The Best American Essays have featured more women than men: 2011 and 2017. In ’07, ’08, ’10, and ’12, less than thirty percent of the writers were women. However, those numbers don’t take into account race or ethnicity, or how each individual woman identifies their gender. But I’m not certain those numbers alone can truly contextualize the lack of institutional inclusion in our industry: That series is published by Houghton Mifflin Harcourt, which is run by a guy named John “Jack” Lynch, a man who looks an awful lot like me. Same as Brian Murray (HarperCollins) and Markus Dohle (Penguin Random House) and John Sargent (Macmillan) and Michael Pietsch (Hachette). My point isn’t lost on you, I’m sure. Just as I’m sure you understand that it’s damn near impossible–if you’d like to sell even a couple hundred books as an indie author—to outrun the shadows of Jeff Bezos and Leonard Riggio. I can’t help but wonder if those men would consider their positions products of privilege, or of bootstraps being pulled up.

Unfortunately, I didn’t get a chance to speak to that young woman, to ask her if she only buys books published by Simon & Schuster, which is headed by Carolyn Reidy (a white woman, for the record). I would’ve liked to know that young woman’s thoughts on how we reconcile these white men and me, a person who simply enjoys telling stories, as I’m sure she probably does too. I imagine the ultimate question is: Should I be writing at all, or just reading and listening? How do white people write about privilege if their very words hold that privilege?

These questions loom large and are virtually unanswerable, but to censor them from being asked in these forums by the people who hold the power is to risk confining them to eye rolls or to echo chambers, where we can “unfriend” or “unfollow” those who might challenge us. And, to paraphrase Flannery O’Connor, once we’ve done that, then, as writers, we’re finished, we’ve lost. Because we actually believe we’ve figured out the world.

So, later that day in Portland, after that young woman had said what she said, I visited the famous Powell’s Books. I bought a copy of Toni Morrison’s Beloved, which I’m ashamed to say, at thirty-four years old, I have not yet read. But I will this summer, as well as C. Riley Snorton’s Black on Both Sides. And I’d say if there is anything remotely resembling an answer to the question of how I confront my white male privilege, then it is that, to personally seek out the experiences that are not mine and to bring them into the classroom.
__

LaRue Cook is the author of the essay collection Man in the (Rearview) Mirror and a PhD student in creative writing at Georgia State University, where he teaches composition and intro to fiction. His nonfiction has appeared in such publications as ESPN The Magazine, Reader’s Digest, and The Bitter Southerner, while his fiction has appeared in Washington Square Review and Barely South Review, among other places. Find him at laruecook.com or on Twitter at @larue_cook or on Instagram at @cook.larue.

§ 20 Responses to How Can Writers Confront Privilege? Read (and Write and Teach) About It

You are currently reading How Can Writers Confront Privilege? Read (and Write and Teach) About It at BREVITY's Nonfiction Blog.