The Trouble With Space And Effort: Toward A New Understanding of The Writing Practice 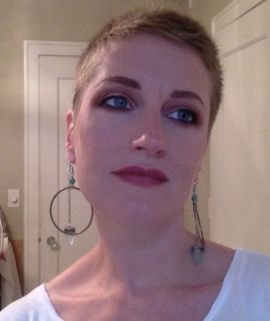 A well-known writer and good friend once quipped that, if I wanted to be successful, I needed to stop attending my correspondence so diligently. You give too many shits, was the short of it, a sentiment whose reduplications are not in short supply. And whose tenor I have found to be, if I am allowed to wax reductive: a rather male way of behaving. Which is neither to say I refute that notion or endorse it. Which is also to say that I am using the word ‘male’ to reflect an arbitrary but historically enforced set of behavioral modes that codify and centralize dominance: a pattern rather than a person, so calm down with your not all men refrains.

Caring less is a thumbtack ridden slope. Of course you can reframe it as prioritizing more but one doesn’t usually happen without riding tandem alongside the other. These would-be nuggets wanting to crystallize into axioms are usually not to my liking, mostly because they require another kind of gymnastics. That tiresome and culturally invisible place where I reckon with my own female conditioning in order to unleash their potential. This act itself takes up so much time. Suggestions don’t become cultural or even personally felt aphorisms without untold hours of emotional weightlifting, hours, days, months, even, fraught in guilt, shame and self doubt: a lovely cocktail that, at the least, whittles down your capacity to write effectively and at the worst, mires you in feeling very much without the drive to write at all. That we should possess the fortitude to shut off these feelings and apply well-intended but generic nuggets-o-wisdom, and further, that this kind of ability is a valuable trait I find highly suspect.

Both caring less and prioritizing more sound delicious but what I’m more interested in chewing on is a hearty conversation around the societal (and by this I mean both the outward and the internalized) dictates and norms that mark the creation and sustaining of an effective writing practice wholly different enterprises for women than men, white folk than nonwhite folk.

Another writer recently lamented, in an essay, that an experience of sexual harassment had not only made it impossible for her to focus on her writing projects in its wake, but had fomented into an impasse where she had to write about the harassment first, in order to move through it and then, hopefully, have the capacity to return to her earlier projects. This is precisely what we need made more visible. That ignored space where the fabric of marginalization creates a swallowing eddy. Where writing gets interrupted. A space we would rather believe is the product of our own failure at achieving a male-centric atrium of productivity. Whether we write about those traumas that interfere with our chosen projects is not the point; they take up a heft of space inside us either way.

If the conditioning we receive is qualitatively different along the axis of gender (male/female/nonbinary/trans) and race, then the way we come at our practice is, as well, and we need to be honest about this. We need to stop talking about the writing practice as a set of neutral principles and skills applicable to anyone in an identical fashion and within the same proximal reach, so long as we try hard enough. We need to understand that women/nonbinary/trans/nonwhite people have vastly different constructions of space and the entitlement to claim it than do cis white dudes. If we can start to have cogent discussions about what the writing life of marginalized people looks like, and what factors inform it, then we can much more succinctly and creatively address ways to make that space effective, nourishing and productive.

Not long ago, I was the victim of a stalker. The experience ripped the entire seam-work of my identity into disaster-shaped scraps that upended every single facet of my life. I wanted to write about it as a kind of self-preservational documentation, and as an exposition on what being stalked does to a woman. To close friends I confided my fear that if I wrote about it openly, my stalker would kill me. This permanently stained my reaction to the normal Facebook flood of craft essays extolling the virtues of write what you know, and its other manifold iterations, like the fondly dismissive if people wanted you to say nice things about them, they should have treated you better or even the self-help-soaked write your truth. The fact that I could have resorted to writing about my trauma under a pseudonym rested at my center like a partially softened anvil: I felt it critical to have my own name attached to my own, lived experience. I could not right myself, despite the feed of one-size-fits-all advice, into any position that would not end in something awful. I have not written about it in its entirety because the men and women involved in it are abusers who can damage my career and/or much more to the point, leave my children motherless. Yet if scraping clean the need to write about it is my only solution, I find myself at the threshold of that same act I have been trying to excommunicate from my gendered conditioning, and there I am again, inside the destructive choreography of erasure.

My experience germinates along a vast trajectory that encompasses all the anxieties that prevent marginalized people from writing about what we know. And those which prevent or complicate our capacity to write anything, at all. Maybe it is because we want so badly to believe in a meritocracy of time and space that we doggedly adhere to generic, self-help sounding slogans. But the more we impress their raceless, classless, genderless intaglios onto marginalized bodies, the more we erase the contexts by which these bodies arrive at and experience the space of writing. This is not to say that we need to throw all our extant craft suggestions into a burn pile. It is, rather, incumbent on us to cease gliding along a pull-up-your-boot-straps ethos, one that is conveniently and invisibly cis white-dude-ish, and to, in turn, interrogate how these long-held truths about writing enforce modalities of erasure.

If we value the writing of the non-dominant among us, we must first acknowledge that the discussion of writing practice has atrophied along its adherence to so-called universal aphorisms of discipline and productivity. Without engaging in this long overdue discourse, we are merely co-signing a legacy that continues to ignore the current of emotional weight-bearing as nothing other than a mere distraction. We are insisting on pretending that all writers occupy a falsely equal space. We must de-colonize our rhetoric. We are, in our discomfort, conveniently ignoring the realities that complicate the act of sitting down, willing everything away and making the words happen. Certainly I would like to live in such a world. But more than this, I would like to tell you what my world actually looks like.
__
Grace Campbell is the founding editor and head writer at Black River Press. She is the fiction editor at 5×5 Magazine. Her work has been included in Best Small Fictions 2019 and has appeared widely, in such journals as New Flash Fiction Review, Gravel, Joyland, Big Other and elsewhere.

§ 8 Responses to The Trouble With Space And Effort: Toward A New Understanding of The Writing Practice

You are currently reading The Trouble With Space And Effort: Toward A New Understanding of The Writing Practice at BREVITY's Nonfiction Blog.