On Playing Cards and Literary Rejection: Betting on the Come 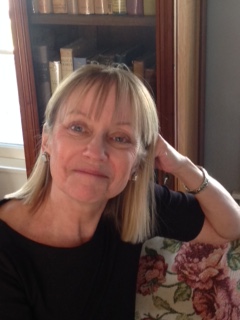 I come from a family of dreamers, wishers, horoscope readers, and gamblers.  Which turns out to be the optimal background for a writer.  When Dad went to the track on Saturdays (if he had the day off from one of his three jobs) my five younger sisters and I never knew if he was going to show up at home after the last race with a carful of groceries, a new bike for one of us, or for that matter – a new car.  Or, conversely, nothing at all but a hangdog look that meant we were going to be eating grilled Velveeta cheese sandwiches on the thinnest of store-brand white breads until the next payday.

I also come from a family who loves to read and write.  Teetering stacks of library books could be found in nearly every room of whichever rental home we happened to be living in.  Even when we lived up at the top of Lookout Mountain, just west of Denver, we had access to books, thanks to the big blue bookmobile that lumbered along the winding hairpin turns.  (Dad even drove the bookmobile one summer when he needed extra cash, probably for the track.)

My sisters and I wrote elaborate plays and stories, mostly featuring princesses, or pioneer girls captured by Indians.  Of course, as oldest, I was the director, the final editor, and always took on the role of Queen – my sisters existing only to do my bidding.

Neatly folded and annotated stacks of Racing Forms and glossy past copies of Blood Horse magazine were stacked neatly near my dad’s easy chair.  The Racing Forms were a crucial part of Dad’s “system,” a system that we understood had been calculated by Dad to pick winners.  He and his race track buddies refined and compared these sure-fire schemes to outsmart the other system – that of the owners, jockeys, track conditions, and horses themselves.

One day, my dad got an idea in his head to write a story.  He loved to read, and he had this idea for a story about a tout, which is someone who will share solid tips on upcoming races for a portion of any winnings.  He called his story “The Tout.”  I have no memory of the story’s plot, and am not even sure if I ever read it.

But what I do remember about it is the dramatic impact it had on our lives.  Suddenly we were all invested in “The Tout.”  My mom typed it up, and off it went in the mail to Playboy.  If Dad was going to write and sell a story, he was going to sell it to the highest-paying market.  Which, at the time was Playboy magazine.  I don’t recall ever seeing a Playboy in our house, but obviously Dad had some inside knowledge about such matters.

We all waited for the acceptance letter and check in the mail, with a hum of excitement that thrummed through our family like a low-grade fever.  Once Dad got this first acceptance and check, he would write more stories, and the Big Money would be rolling in.  He started buying newspapers from Phoenix and Los Angeles to check on jobs and home prices, because if he was going to be a writer, he wasn’t going to suffer through one more winter in Colorado, damn it.

The inevitable rejection did come, and as far as I know my father never wrote another story.  He did, however, continue to gamble.  Always the horses, but also casinos, which my family loves for their “free” slots cash and buffet meals featuring crab legs.

Later, in my thirties, when I started regularly publishing my own work, I often thought about (and still think about, now in my sixties) how with writing I am betting on my own version of “the come.”  In card playing, betting on the come is betting on cards that may come in the future.  This can be based on a bluff or a calculation, and can involve odds, probabilities, and strategies.  Sending my work out to various publications and literary agents often reminds me of a gamble.  I’ve done my best to calculate the odds, and even though I often come up short, I have enough wins in the plus column to keep on trying for the Big One.

Kathy Stevenson’s essays and short stories have appeared in an eclectic array of newspapers, magazines, and literary journals including The New York Times, Chicago Tribune, Philadelphia Inquirer, The Writer, Red Rock Review, Clapboard House, Tishman Review, The Same, and the Brevity blog.  She has an MFA from Bennington College and has lived in New Jersey, Colorado, California, Pennsylvania, Florida, and Illinois.  She does not gamble, unless you count the rare Wednesdays that she takes her mom to the Senior Center for Bingo.

§ 10 Responses to On Playing Cards and Literary Rejection: Betting on the Come

You are currently reading On Playing Cards and Literary Rejection: Betting on the Come at BREVITY's Nonfiction Blog.