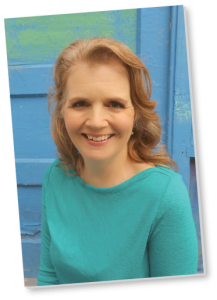 You might have heard writers say, “Blurbs don’t sell books unless they come from big-name authors.”

I don’t agree and here’s why: getting creative with how you use blurbs from lesser-known authors might indeed help sell your book.

When my book The Migraine Relief Plan came out in 2017, I knew I was going to work hard to market it. I asked doctors who believed in nutrition, authors of similar health books, and cookbook authors I knew to write blurbs, including several people with more than 50,000 followers on social media. Sixteen people delivered blurbs on time, which was fantastic. Receiving their approving words was validating, but I knew that if we only included them on or inside the cover, their recommendations would only reach people who picked up and paged through the physical book. I wanted to reach the blurbers’ followers too, not just people who might look at the book in a shop.

The publisher decided to place the blurb from Dr. Mark Hyman on the front cover because he’s nationally known, with multiple New York Times best-sellers. Instead of the traditional two paragraphs of description on the back cover, they used seven more blurbs. The publisher’s marketing team also used many of those same blurbs for the Amazon description.

When I was researching how other authors marketed similar books, I had noticed that Dr. Hyman had good engagement using square images on social media. For his previous book launch, his social media team had pulled quotes from his book and added them to a beautiful background.

I asked my publisher’s designer Morgan Krehbiel to create a template. She used the book’s background image of weathered white boards and added a colored bar and the 3-D book cover to the bottom. She created one for each blurb we got, whether or not they’d been used in the final cover design.

I sent the pre-order quote cards to each person who blurbed by book, asking them to share the graphic on social media with the pre-order link during our four-month pre-order push. Then I created an “On Sale Now” version they could share on publication day. About half of those I contacted shared the cards at least once, or shared my version when I tagged them. This way both their audiences and mine saw the images—and sharing their own words with their audience felt more organic than simply posting an ad for my book. Making it easy for people to share meant that more people did so.

Over the month following the Migraine Relief Plan launch, I shared one quote card every few days on Facebook, Twitter, Instagram, and Pinterest, thanking and tagging the blurber if they were on that platform. Any blurbs that came in after the deadline also became quote cards and were shared with a thank-you.

After the book came out, I started getting wonderful messages from readers telling me how the book had impacted them. With their permission, I created more quote cards with their words in the same template.

What I like about sharing these social-media-ready graphics is that it doesn’t feel like me “selling” the book; instead I’m sharing someone’s wonderful response. And often that response will reach a new person who tells me, “I didn’t even know you’d written a migraine book!”

Since these images are evergreen, I can re-share them as seems relevant—often in response to items in the news that relate to migraines. I have a Google News Alert set for the word “migraine,” and get an email digest once a day. If I see that a star athlete is out with a migraine, I tweet a quote card to them and their official team account. They may never buy my book—but some of their fans will find out about it.

Any time I get a great review on Amazon or a comment in my Facebook group, I ask permission and create a new quote card to share on social media to spread the love.

These “quote cards” can be created easily using Canva.com or another photo editing program, and you can use blurbs, reviews, and enthusiastic comments in creative ways, whether or not they’re from someone famous. Even non-famous-person blurbs sell books—when we use them wisely.

Stephanie Weaver is a writer, wellness coach, and speaking coach based in San Diego. Her third book is The Migraine Relief Plan: An 8-Week Transition to Better Eating, Fewer Headaches, and Optimal Health (Surrey Books, 2017). She’s currently at work on a memoir inspired by her mother’s recipe box.

You are currently reading Creative Marketing with Book Blurbs at BREVITY's Nonfiction Blog.