Finished And Not Finished 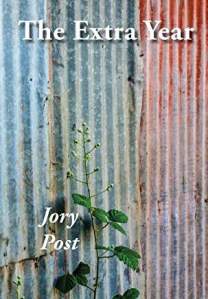 This is the story of a friend of mine, a writer, and his life in prose poems—or short nonfiction musings, call them what you will. It’s also a story about what happens when the call to writing topples all the roadblocks we put in our way.

Jory and his wife Karen make hand-bound books and Joseph Cornell-like boxes. He is also an accomplished gambler, three-cushion billiards player, fine art printer, and writer. He worked with a mentoring program for grammar and high school students; created an online magazine, phren-z; served on the board of another magazine and showed up at just about every reading within fifty miles. He has been at work on several manuscripts at once: a novel; a circle of tales disguised as oral history interviews; an unfinished story sequence; and I don’t know what else. He hasn’t published much and hadn’t sent out most of his writing until recently. But he wrote and wrote—started something new, added to his ongoing pieces.

Despite Jory’s incredible work ethic, the operative words to describe his writing were “working on” and “unfinished.” The works expanded as he wrote them, one riff leading to the next. Often he would complete individual sections but not quite the whole.

Cancer is its own domain. Sometimes before the diagnosis and after resemble each other, sometimes not. In Jory’s case it was both.

Chemotherapy began: three weeks on, one off, for more than six months, followed by CyberKnife treatment. There was nausea, insomnia, loss of hair, weight. Jory shaved his head, took his pills, yelled at his doctors and went back for more. Friends rallied around him: read his work, offered critiques. He wrote back emails with the chemo drip in one arm.

About three months after the cancer diagnosis, he woke in the middle of the night and wrote his first prose poem, “Cold,” about the insistent chill that haunts him. He signed up for an eight-week poetry workshop—“A nice finite number that matches my chemo treatments,” he wrote me. (Another friend said he told her that the eight-week workshop would force him to stay alive that long.) I bought him The Rose Metal Press Field Guide to Prose Poetry; he read it and told me: “So many of the authors have talked about how writing prose poems has changed their lives…I’ve been feeling that way myself.” After three months of work he had accumulated over seventy poems, and mixed in with news about ongoing headaches and a new round of chemo was his ambition to polish and publish the poems once he had accumulated eighty.

A few of Jory’s poems are fanciful, working off images and dreams. But most are factual and meditative: ruminations on snoring, waking at one or two in the morning, the port in his chest, the fact that more than a million people die each week; on friends named and unnamed, living and dead, able to talk openly with him or tongue-tied by his cancer and his honest effort to follow its progress in blood counts, surgeon visits and drug regimens. “This is what real friends do,” he writes in one poem, “shine flashlights into the tunnels of mortality, return with artifacts and treasures and bones to inhabit fresh sentences.”

Jory had more than a hundred twenty-five poems to choose from when he sent his polished eighty to an editor for help with revisions. He found a publisher who expedites production and received his first copies of the finished book, The Extra Year, in late August, 2019, ten months from the date of his cancer diagnosis (by which time the number of poems had reached 250).

The threat of death became his prompt—the opportunity to rediscover himself; to turn his disease into his subject and willfully inspect its nooks and crannies; to stare through a wide-angle lens at his friendships, body parts, family, memories, and the material objects that surrounded him.

Jory’s experience is also a warning. He took his diagnosis as a challenge and answered it with his stern will, adventurous spirit, and imagination. We do make our own miracles sometimes, but not always, or often. The sentence is a given, whatever the doctor happens to say this week. How to make it fresh: that’s our job as writers, whatever we pretend it might be this week. It’s time.

Paul Skenazy is the author of Temper CA, winner of the 2018 Miami University Press Novella Prize. The novel is available through Amazon, Barnes & Noble, and local bookstores.

§ 3 Responses to Finished And Not Finished

You are currently reading Finished And Not Finished at BREVITY's Nonfiction Blog.