On Running and Writing 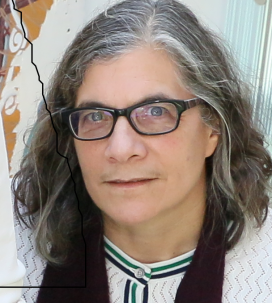 The air is cold and damp. Colours stand out with peculiar intensity, flashing by in startling combinations. I move with a detachment which makes me feel like a spectator—curious, but disconnected from my surroundings. On my tongue anticipation tastes sharp; in my stomach, excitement is a stone, undigested. Minutes strain against the hours to come. Gleaning energy from the cacophony of voices, I shrink from the meanings of words. With an awkward stiffness, I extricate myself from the warmth of sweatpants and shirt.

Several hundred runners draw into one mass of bodies, radiating expectation. The gun fires, balloons float off and our energies, set free, confront yet another layer of disassociation: the spirit soars, but the body remains still. My muscles strain in anticipation as I sway in the knot of racers beneath the 8-minute flag. We rock uneasily, laugh and chatter incoherently. An age-long minute later we push into motion. I am one body in a ribbon of humanity unfurling for miles.
…

I ran this marathon in Seattle, in l983. In two short years, children, and teaching, and writing, would change the shape of my days; and a spinal fusion, the shape of my body. Neither evolving responsibilities nor rebuilt spine would yield the flexibility to accommodate the singular stress, the focused intensity, of the long-distance race.

I wrote of the experience as I wrote of anything that seemed, in any way, noteworthy. Compelled to freeze those hours in words, I was struck by the connections between running and writing.

At five miles, confidence surges. Pushing away the temptation to raise my goal, I focus on the space around me as the continuum of runners extends and fragments. By ten miles I am exuberant. Mind and body both are performing well. In a flash, I understand why running marathons has been such an obsession: All these years it’s been a capacity, waiting for release. (It never occurs to me to ignore such an itch.)

At twenty miles, the reality of succeeding supplants the fear of failure. I’m plumbing the limits of my endurance. The rhythm of footfalls numbs me and the numbness is pleasing. I imagine myself reeling in, pulled back along the double loop of the course. Gradually, we overtake scattered groups of runners in our path. I try to recall the faces of runners seen at the start, but the act of recall drains me. I let go of the effort, and the images fragment, free falling through the periphery of consciousness…. At twenty-three miles, with reluctance, I move out ahead of my group. It feels inevitable—almost involuntary —-and yet harder than leaving home. I move forward, and fall deeper into the recesses of myself.

By twenty-four miles my legs beat out their ceaseless rhythm, and my mind wonders at them. Miles of fog separate the two…. These final three minutes are harder than three minutes could possibly be…. Across the finish line, when the running stops, everything dissolves. I can’t reconcile mind and body. Nothing has prepared me for this strangeness. Hours after the disorientation, stiffness will give way to aching pain, and to the sweet realization that I have done this thing.

All these years later, when I run alone, I am most always writing in my mind. Words tumble upon one another. Sometimes, eager to hold them, I squeeze too hard and they shatter— letters spilling and meanings dissipating. Other times, I pull and stretch, and the thinking between the words snap—taut line of meaning recoiling into a disappointing heap of flaccid words. The struggle of coherence against fragmentation is one more connection between these two activities. It seems not so much the images or the imagination, but rather, the act of writing itself that wrings coherence out of experience.

As I push myself toward new challenges in writing, these connections I surface between running and writing buoy my spirits. Both activities lend a certain fluid grace to my day-to-day life. Both begin awkwardly, all physical and mechanical, and move me toward the emotional, sometimes even the spiritual. Both are hard, occasionally painful—but imagining life without them is harder still.

In old wallets, notebooks, packs, I find scraps of paper recording, in cryptic abbreviations, dates and mileage, times and routes, states of mind or body. Route names summon stages along the way to adulthood. A phrase will stir another association: of solitude, or the spark of competition. Now stashed in an envelope in my desk drawer, running logs extend back over forty years, and thousands of miles of this continent; evidence of my continuity, and of my mortality.

And for years I’ve collected my writing—waiting for circumstance to launch written words into an act of communication. Waiting for an essay’s thread upon which to weave disparate fragments, to catch and hold small slices of meaning.
___
Elizabeth Templeman lives at Heffley Lake, in the south-central interior of British Columbia, with her husband, and a houseful of stuff their grown-up kids have left behind. She teaches nearby, at Thompson Rivers University. Prior publications include Notes from the Interior. a collection of creative nonfiction (Oolichan Books, 2003).  Essays and book reviews have appeared in journals including Room Magazine and Eastern Iowa Review.

§ 7 Responses to On Running and Writing

You are currently reading On Running and Writing at BREVITY's Nonfiction Blog.