10 Tips From My First Writers Conference 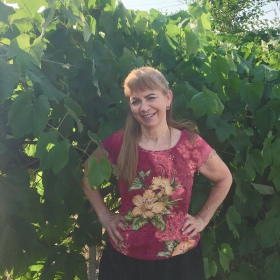 I’m still coming down from When Words Collide—a three day affair held in Calgary each summer. This year, over 800 literary souls converged to share their love of writing, books, and storytelling. I crawled out of my BC writing cave and flew to Alberta to meet my tribe

An electric buzz awaited me: these were my people!  Knowing I could approach any of these 800 strangers and dive into a conversation about writing—without preamble or small talk —was mindboggling. This alone was worth the admission price, already ridiculously low. The founder’s decision to run a yearly conference where everyone donates their time, including the top presenters, keeps fees affordable for even the poorest scribbler. And the universal spirit of volunteerism adds another layer of magic to this electric event.

I dived in, moving without breaks from class to conversation to coffee grabs to private sessions.  Every hour featured a difficult choice between ten diverse classes; dinner breaks were swallowed up in spontaneous connections with newfound sympaticos. The buzz kept me awake each night, thrilled by the creative energy I’d absorbed. How I needed to swim in this sea of like-minded fish!

Less than 30 of us made it to the final event, the “Dead Dog Social,” on Sunday night. Near midnight, at the hotel’s urging, we reluctantly said goodbye.  The next day I boarded a plane and wrote a list of tips (and notes to self) for newbie conference attenders.

When I got home, I immediately signed up for next year’s conference, plus a smaller, more intimate conference in Kamloops, just two hours away. What joy to be with other writers! Find yourself a conference, and go.
___

After an unpredictable life in four continents and 16 cities, Marilyn Kriete now lives sedately in Kelowna, British Columbia, where she fights for writing space with three cats who own her office. She has two completed memoirs (seeking publication), a third on the way, and several published poems and articles (The Lyric, Storyteller, The Eastern Iowa Review). Check out her blog at purplesplashofglory.com.

§ 7 Responses to 10 Tips From My First Writers Conference

You are currently reading 10 Tips From My First Writers Conference at BREVITY's Nonfiction Blog.