The Space Between the Light 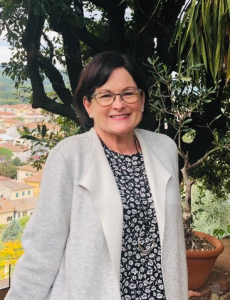 If you write, there are times you think you have a little piece of your story straight, and maybe you do. You see something, hear a few lines of a lyric, have an especially vivid dream fraught with meaning, or read a passage, and there’s a spark of recognition; a memory of something true you’d long forgotten or a nugget that had never quite made its way into your conscious mind to begin with.

You get it down as quickly as you can since sparks are, by nature, fleeting. You pencil notes into the Moleskine journal you carry with you for this very reason, or if you’re tech-driven like I am, you frantically key them into your phone. Maybe you make a voice recording to which you may listen at some future date. And when you do—listen, or read—if you’re very lucky, that ember will flare for a moment. That’s what you hope for, one tiny moment of greater illumination that lights the way to the ones that follow.

That’s what this process of writing (and of living, for that matter) is really made of: orbs of radiance strung together like so many Christmas lights, guiding your eye from one to the next, a sleight-of-mind that causes you to see only the captivating glow instead of the sizeable spaces of darkness between.

This brings me to my current struggle: writing clearly about the life and early death of my first child, Eric. It would be so much easier if I could keep it simple. I could begin with that little boy with the chubby, rosy cheeks and the freckled face (the kid on the Wheaties box, that’s what his pediatrician called him). I’d tell about the time when he was seven and, adventurous from the start, spent 10 days with a friend’s family in the Adirondacks, his first extended trip away. I’d mention his sage words of reassurance: “You know, Mom, it’s good to get away from home now and then.” There’d be his first solo flight, at 12, to visit friends in South Carolina. The older woman he’d charmed on the first leg of the journey, who insisted on introducing him to the pilot as she disembarked as “our future president.” He and his friend, John, in high school then, on their way to Stratton Mountain for a day of snowboarding, waylaid by the need to take me to the hospital for the ankle I’d broken rushing down the stairs. To say goodbye.

And so many stories more. I could do that—write them, fit them together, and call it done. But it wouldn’t be done, for so many reasons, not the least of which is the fact that the story, his story, is about so much more than him. It’s about me, and it’s about his father, too. And Eric’s siblings. His friends. When you get right down to it, it’s about relationships; it touches everyone who came before him, everyone he knew, and all of us who remain. It extends even to the little ones, the nieces and nephews for whom, though they never knew him, Uncle Eric has become a mythical character. A beacon from the past.

More than that, writing memoir is larger than the stories we like to tell; it’s about the things that live within and between those bright moments. My own story is about love, optimism despite all the very good reasons to abandon hope, and the need to find a way to soldier on even when the light insists on hiding from the naked eye. But it’s about the dark, too, about the pain of watching my family crumble during a contentious divorce, of being the target of Eric’s anger when his life fell apart. Of opening the door to the policeman who’d come to tell me my son was gone.

Those vignettes I think of when crafting the scenes that made up Eric’s life are, I see now, stories of connection—and stories of leaving. The darkness between the luminescence, the negative space perception fools us into missing when we think we see the whole? Those were the moments that made the light seem to shine even more brightly. Once the radiance was gone from view, what had dwelled between the light became gradually clearer. From the minute he arrived, this boy, I was learning to let him go.

The lesson for writing (and for living) becomes clearer, too. We learn as much from the depths of a moonless night as we do from the thrill of the fireworks that light the sky.

Casey Mulligan Walsh is a retired speech-language pathologist and writer who lives with her husband in West Sand Lake, New York.  Her work has appeared in Adoptive Families Magazine, the Albany Times Union, on WAMC Public Radio, and at Modern Loss and the FH Foundation. She is currently at work on a memoir, The Full Catastrophe: A Love Story. Find her at caseymulliganwalsh.com.

§ 18 Responses to The Space Between the Light

You are currently reading The Space Between the Light at BREVITY's Nonfiction Blog.