I Can Show You Better Than I Can Tell You 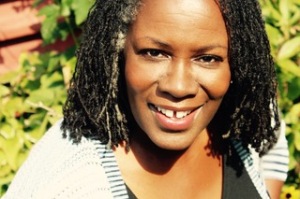 My mother learned at an early age how to take care of herself. Her father died when she was six and life for her, her sister, and their mother was hard. I imagine that because her life was shaken by death and financial struggle, she sometimes had to go along with whatever other people decided was best. No point in arguing; she was a child. Even as an adult, some people thought they could treat her as if she were a child. And as a Black woman growing up in the forties and fifties, the best interests of other people did not always align with what was best for her.

Many times, I listened to her stories about one person or another who had underestimated her. She would chuckle, amused by their need to tell a grown woman about what she could and could not accomplish.

“That’s alright,” she said, “I can show you better than I can tell you.” She didn’t have to say it to them—it was enough that she knew what she was capable of achieving. Her determination to take control of her own life defined who my mother was to me. She was not going to waste time convincing others, begging for understanding, asking permission, or most importantly, giving them an entire backstory or explanation to obtain their consent.

I can show you better than I can tell you. It was simple advice—pay attention to what you see me doing, because I am not wasting words on you.

I remember my first writers’ workshop, many years ago in Virginia. I knew my piece required some work and I braced myself for constructive feedback. After a decade in corporate jobs, my business writing with its memos, annual plans, and recommendations required that I get to the point, and quickly. The life and color had been sucked out of my earlier writing and replaced with numbers and case studies.

That week, I sat in the room with other writers, some already years into writing careers, others like me, trying to make the shift from business to writing. There were elements of my piece the group liked—the story, description, and the main character. But my voice was not always consistent, and my story lacked any real conflict. I had not established a clear sense of what these characters wanted.

We sat in the windowless room, several women, all Black except for one, and two white men, one of whom led the workshop. We discussed the importance of telling our stories and using writing as a way to share them. The instructor, an award-winning novelist and literary journalist, dismissed the idea that everyone had a story.

A young emerging writer, who has gone on to a distinguished career in both print and digital media, disagreed. “I think everyone has a story to tell.”

The instructor arched a bushy white brow and peered through his glasses, perhaps considering his audience. “Well maybe everyone has a story, but I’m not sure everyone needs to write it.”

Thanks to my mother, I had not arrived to my late thirties assuming that everyone who sat at the head of a conference table was infallible, so I filed away the remark, but largely ignored that bit of advice.

But one writing tip proved useful. The workshop included an adage new to me at the time, but I have heard it in classes and read the advice in writing craft books many times since. Show don’t tell. Don’t spend time rehashing facts; instead, engage the reader’s emotion and imagination by inviting them to use their senses—feel what’s happening, hear it, see it. Exposition and summary are not enough. Regardless of how lovely the description or likable the characters, my writing had to make a reader feel or think something, and know something was at stake.

These days the advice has shifted somewhat, from show don’t tell to show and tell. Nonfiction both maps out the story and background for the reader, and uses reflection and the retrospective voice to share what I have made out of what happened. Nonfiction writers dig deeper than the facts as we see them; we try to discern what it has all meant.

Which is what my mother had done all along. She could have sat you down, given you the entire backstory, complete with a rationale for why she was going to take a certain action. She could have told you not only the expected outcome, but how she got there.

But she was wise enough to know that excess dialogue doesn’t always lead to better understanding. On the surface, it sounds more direct, but it pushes out room for discovery or letting you make your own conclusions. I take my mother’s advice with me when I sit down to work—I can show you better than I can tell you—and try to share a world and characters who reveal who they are.

Ramona M. Payne’s writing appears in essay collections and magazines. She completed the Creative Writing program at The University of Chicago Graham School, has a liberal arts degree from the University of Notre Dame and an MBA from Duke University. She supports local theatre, practices Pilates, and leads her expressive writing workshop, Write.Pause.Reflect. Follow her on Twitter @RamonaPayne1 or Instagram @writepausereflect.

You are currently reading I Can Show You Better Than I Can Tell You at BREVITY's Nonfiction Blog.