The Heart of a Story: Writing Toward Voice 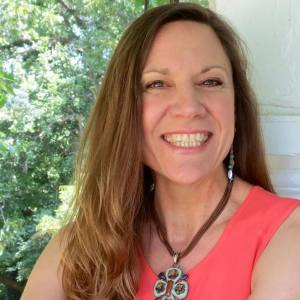 Early in my writing journey—we’re talking 1980s—I took a creative writing class with a famous novelist professor. One day the class workshopped a story I’d written about an adolescent girl with anorexia. Lo and behold, my classmates liked it. One boy was so captivated by a scene of the protagonist puking into her mother’s kitchen sink he asked, “Did you, like, have that experience?” (Spoiler alert: Yep, the story was thinly-veiled fiction.)

Then my famous novelist professor chimed in. He said, “I don’t hear a voice. Do any of you hear a voice?” My classmates shuffled in their seats. We hadn’t had a lesson on the craft of voice, much less the implications of voice for someone who has been conditioned to silence her truth. “You can have all the energy of Tolstoy,” he said, “but if you don’t have a voice? You’re not a writer.”

I aborted my fledgling plan to pursue an MFA in creative writing.

Voice or no voice, after college I continued to write my life as fiction. But now the question Do I have a voice? peppered my notebooks. I read everything I could find on writing and voice. I also studied voice as intrinsic to female conditioning. I learned it’s not uncommon for an adolescent girl to internalize shame as her body develops, and that such shame can silence her voice.

My studies on women and voice led me to Gail Collins-Ranadive’s course Writing Re-creatively: A Spiritual Quest for Women. Gail said, “We will write to tap into what’s already within us, hidden, hibernating, waiting to be reawakened and given voice.”

In Gail’s writing circle, I tapped into something within me that felt larger than me. A voice, I began to understand, derives from the spiritual essence of oneself; you can no sooner not have a voice than not have a soul.

Do any of you hear a voice?

Years passed. By day I worked for a magazine, wrote book reviews, became an educational writer and editor. I continued to write and began to lead women’s writing circles.

One day, browsing a bookstore, I discovered Pat Schneider’s Writing Alone and with Others. Pat said, “Those of us who teach—really teach—know that we are simply midwives to that which is already in our students. Our only task is this: to prepare a place, to welcome, to receive, to encourage.”

During a writing prompt in Kate Hopper’s course Motherhood & Words, my mother’s red medical book appeared on the page. Uh-oh. There’s a story I swore I’d never write: The time my mother opened her red medical book to human papilloma virus and shamed me in the aftermath of a rape I was not then able to name.

Kate said, “I want to hear more.” Then she said: “When you’re ready to write it.”

Twenty-five years after the famous novelist professor said I don’t hear a voice I got my MFA in creative nonfiction. But guess what? I completed my MFA without writing a single word about my mother’s red medical book. That’s okay: I was not yet ready to write that story. Readiness I have learned is essential to the memoir-writing process: We write our way toward emotional readiness.

Instead, I wrote stories that skirted the red medical book even as, unbeknownst to me, I wrote my way toward it.

I wrote my way toward my voice.

I wish I’d said something back then on my behalf, but I was years from knowing that a voice, like a self, can retreat into hiding. It’s taken me time and experience as a writer and teacher to understand that, yes, everyone has a voice, and part of a writing teacher’s role is to create a safe space for that voice to emerge. “Finding our voice has to do with finding our safety,” Julia Cameron says.

Safety, it turns out, induces readiness.

Every turn in my writing journey readied me to write the story I once swore I’d never write. I’m now writing my memoir Searching for Salt. At the heart of this story? My mother’s red medical book.

The girl with anorexia? Yeah, her, too.

Patricia Hampl says (I’m paraphrasing) we write in service of the story that wants to be told, which may or may not be the story we want to tell.

Know this: A voice for any given story emerges from the subject at the heart of that story. If shame shrouds a story’s subject so, too, its voice may hover beneath shame. A memoirist whose subject has been silenced by shame must write past shame to the voice at the heart of her story.

I want to hear it. When you’re ready.

Marilyn Bousquin is the founder of Writing Women’s Lives™ Academy, where she teaches women who are done with silence how to claim their voice and write their memoir stories with confidence, craft, and consciousness. Her own memoir stories appear in River Teeth, Under the Gum Tree, Superstition Review, Pithead Chapel, The Rumpus and elsewhere. Follow her on Facebook.

§ 16 Responses to The Heart of a Story: Writing Toward Voice

You are currently reading The Heart of a Story: Writing Toward Voice at BREVITY's Nonfiction Blog.