Virtually Normal: What Will Change in the Writing World 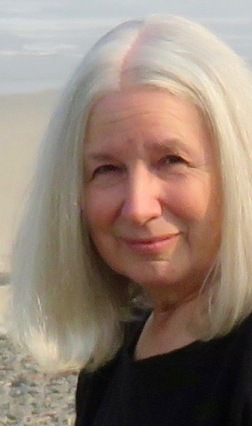 Twenty years ago this June, I attended The Flight of the Mind, a generative writing retreat for women. Two of the founders, poet and memoirist Judith Barrington and publisher Ruth Gundle were the driving force behind two week-long summer workshops, small groups of about twelve to fourteen women who were privileged to work with genuinely famous writers. I was fortunate to be accepted for five summers in a row. Dorianne Laux, Gish Jen, Allison Joseph, Grace Paley, Judith Barrington, Helena Maria Viramontes, Marjorie Sandor, Barbara Wilson, and Alienda Rodriguez led groups in poetry, memoir, and fiction during one of the two weeks in 2000. Every morning we met in our groups, and in the afternoon we wrote or hiked, ran or watched the river flow by. There were evening readings by each of the mentor-teachers, and also readings by students. For a solid week, eighty women talked of nothing but writing. It was glorious.

The workshops were wonderful, but so was everything about those weeks. The site was a “Dominican Order’s rustic retreat center on the McKenzie River.” Simple rooms with a desk. Incredible food—various and freshly made on site. No cell service (if we’d had cellphones), no television or internet, only one phone with a single short call allowed only once a day, and the newspaper available down the road. Communal showers blasted us clean. Hikes led to a massive waterfall and pool of glacial water too pure to support fish, a hot spring, and mature forest all around.

The pace was focused, refreshing, and wildly productive. Everything was impeccably run because planning continued nearly year around: find writers to lead workshops, review student applications, seek funding for scholarships, hire cooks and bakers, arrange for transportation and menus and supplies. Work for the next year began immediately after the summer session, and it seemed like full time work when I talked to Ruth Gundle. She had cooked meals to order for the first year’s small group, seventeen years earlier. By the time I first attended, talented bakers and chefs took vacation time in order to feed eighty women and bask in the rich creative atmosphere.

It was a nonprofit, it was divine, and it benefited hundreds of women writers. I was fortunate to have five years at Flight, including the last.

The 2000 application packet announced there would be a break after that seventeenth summer. The eighteenth year would be a “Jubilee year” and Flight would return in 2002. “Rest assured, we will continue, just as before, or perhaps with greater energy, in 2002.” I immediately feared this was a promise they could not keep, and this was part of the reason I sat down in my garage with my acceptance packet in my hand and cried. Once they had a year off, I felt sure it would be impossible to face the task again. And so it was.

Recently journals and writing events have begun moving online. Like The Flight of the Mind, I have no faith that after a year we will return “back to normal.” Publications are quicker, simpler, cheaper online. Massive conventions that always were intimidating to some of us may begin to look foolish if not downright dangerous to many. We will adjust for the time of our necessary isolation, and at the end of it, what we accepted as inevitable just last year will have been proven otherwise.

The last meeting of The Flight of the Mind week always concluded with a gentle warning from Judith Barrington. Flight existed as a sort of writers’ paradise, she’d say in a voice both powerful and soft, and reentering world beyond we should be kind and patient with ourselves. Take the time, breathe and remember who we are.

I drove alone several hours to get home, and I did take my time, pulling over now and again to think of what I’d left behind at Flight and what I had to look forward to at home.

I think we will be okay because ideas and imagination and experience remain. Much will change and refuse to change back, but we will write. We will read. We will re-balance our lives and recreate our world, because creation is what we do best.
____

Tagged: post-Covid life, The Flight of the Mind

§ 22 Responses to Virtually Normal: What Will Change in the Writing World

You are currently reading Virtually Normal: What Will Change in the Writing World at BREVITY's Nonfiction Blog.