Everything’s Coming Up Photocopies: Medical Records for the Writing Process 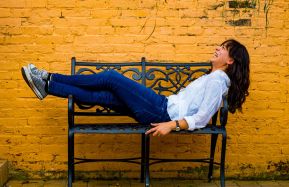 I was nineteen, maybe twenty, the first time I requested my medical records. Back then, I was still on my parents’ insurance, and they were filing a claim, hoping to be reimbursed, at least in part, for the expensive drug rehab where they’d sent me. It was a facile experience; I barely lifted a finger. My role was a HIPAA formality—I (resentfully) waved at the familiar receptionist, doctors, and nurses and said, Yes, my parents can access my medical records. The staff presented my father with a thick manila envelope, and I practically skipped out the front door, still enjoying my freedoms. Nothing to it.

Seven-ish years later, I started writing a book about my mental health diagnoses and misdiagnoses, which eventually became A Fish Growing Lungs.  My memory is not great (see rehab above), and some of the dates, appointments, facilities, and doctors muddled together, making drafting difficult. I wanted specifics, and my old medical records would be able to provide at least some particulars, untainted by time. I envisioned the recorded dates like scaffolding around which I could build a structure made of memory.

The list of doctors and institutions I drafted was daunting both because of its length and its incompleteness. I live by my checklists, and excerpts of this one read like a classified document:

Imagine calling a doctor’s office and saying something like, Hi, yes, I think I was a patient at your institution seven-ish years ago, could you please check if I was actually there and, if so, could you please send me copies of my medical records? The process was an odd mix of social engineering and verifying my own identity eight different ways on a phone line.

Only one acquisition was relatively straightforward: My longest-standing former psychiatrist (whose name I remember and who hadn’t moved offices or closed their practice) immediately said, Yes, and hardcopies were available for me to pick up the next day. I think he may have even waived the fee.

The rest of the items on my checklist were a mix of awkward; unattainable; or achieved only by sheer, dumb luck. One of my former therapists basically said, Ugh, do I have to; they’re somewhere in my storage unit, and at that time I still had not yet had enough therapy to say, Yes, Jennifer, please go get my goddamn medical records.

Much harder than acquiring my medical records was reading them. Writing personal essay necessitates constructing a persona on the page, and while I am accustomed to trying to make sense of my past self, this added another layer of complexity. This was me trying to make sense of how others had made sense of me. Reading the documents felt like handling a nesting doll made out of so many jellyfish. My first few attempts ended with me shoving the stacks of paper under my bed and going outside to smoke. The solution I ultimately settled on (after having to reorder the documents a few times) was to camp out on my balcony with a pack of cigarettes and chain-smoke my way through the folders. It wasn’t graceful. To see oneself through the eyes of others is charming when you’ve just started dating; it’s markedly less so when you’re having a psychotic break in the ER.

Earlier drafts of Fish relied heavily on these doctors’ notes. I incorporated direct quotes into several different essays, and one was entirely devoted to the nuances of my diagnoses juxtaposed against sections of previous and current versions of the DSM. Over the course of about a year, different readers of that particular essay, creatively titled “Diagnosis,” flagged it as bulky and dragging, and each time I made appreciative mhmm sounds before hoping the next reader would say something different.

I tell people I am a slow writer because I need lots of time between drafts to be able to see what I’ve actually written, instead of what I’d wanted to write. A lot of scholarly work exists around illness narratives—the hows and whys of their construction; their benefits and potential pitfalls, both for the author and audience; how they can inadvertently reinforce medical institutions’ granting power of legitimacy—but I’m going to leave all that aside and say that, in the end, I cut “Diagnosis,” salvaging only a few darling phrases to sprinkle throughout the remaining essays.

When I was finally able to set my manuscript aside for half a year, I returned to it to find that I agreed with my earlier readers’ comments. What I found was not an essay that added to the collection, but a document I’d created in order to write all the other essays around it. “Diagnosis” was how I’d made sense of how others had made sense of me; the only way I knew how to unpack those pesky, slippery dolls was to write them out.

The moral of this is not “Do whatever your readers tell you to do” (though I did have excellent readers). The moral is “It takes every word it takes.” Today, my medical records are in a plastic bin in my attic crawlspace labeled “BOOK 1,” alongside all the other articles and handouts and lists and notes I read and made for Fish—not dogma, but just another type of source material. I had to read and write every sentence to get to the end. All this digging and drafting happens not because everything I uncover should make its way into the final written product, but because the process is the bulk of the work, and thus, where the bulk of the joy resides.
__

Alysia Sawchyn is a Features Editor at The Rumpus. Her essay collection about misdiagnosed mental illness, A Fish Growing Lungs, was published by Burrow Press in June 2020. You can find her on Twitter @happiestwerther

§ 6 Responses to Everything’s Coming Up Photocopies: Medical Records for the Writing Process

You are currently reading Everything’s Coming Up Photocopies: Medical Records for the Writing Process at BREVITY's Nonfiction Blog.