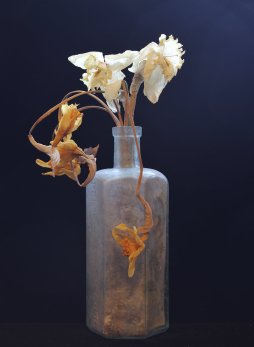 Also new today, in our Craft Section, Jen Corrigan, Jennifer McGaha, Mary Ann McSweeny, and Sonja Livingston discuss impatience and restlessness in writing, the art of discovery, the role of compassion in nonfiction, and how to bring Nancy Drew into your essaying.

Meanwhile, we are still accepting submissions for Brevity’s upcoming special issue, “Experiences of Disability,” to be published in September 2020. We are also still actively seeking some financial support to make this issue possible, and even small amounts go a long way.  Thanks to those of you who have already contributed, and to anyone who can help as we go forward. 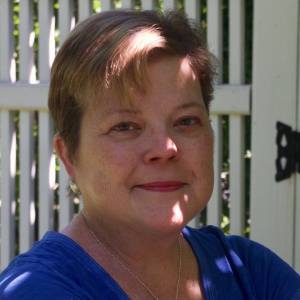 When my family arrived at the beach this year, my two teenage boys ran to the surf. They didn’t hesitate as they dove through the curling waves. I wasn’t so bold. I meandered to the shoreline and let the waves lap my feet. I waded in further. I watched the kids beyond the break. At some point, they tried to pull me in. I resisted. They laughed, rolled their eyes, and told me to dive in. I moved out deeper until the waves broke against my waist. After too much agony, I finally dove.

“It’s about time,” the boys called. “What took you so long?”

Why did I do this to myself? Why didn’t I dive in like they did? I knew how. But I got stuck. What if a wave knocked me over? What if I stepped on a broken shell?

I find myself hesitating on the shore when I’m writing too, questioning my story rather than letting it flow. Learning to trust I have a story to tell has challenged me as a novice non-fiction writer. It didn’t help that I spent part of my beach vacation reading On Writing Well by William Zinsser, which sent me into an existential spiral of self-doubt. I wanted to edit every sentence I’d written. Not a bad thing, but I was on vacation. I hadn’t even realized I had a trust problem until my mentor focused on a couple of sentences I’d dropped into my memoir about three drafts ago. She returned the draft to me with a note telling me to “DIG DEEP HERE.” It was a “very important moment in the narrative.”

I couldn’t ignore her comment. She was the third person to make it. Why didn’t I trust the others’ feedback? But I wasn’t ready to jump in. Instead, I played with sentences, changing a word here or there, hoping that would fix it. It didn’t, any more than watching the waves would get me into the surf. Yet I knew by now I had to address it, not play around with it, however uncomfortable I was. I had to wrestle with my past, with my rocky relationship with my mom. I had to tell the truth about a lie I told to my daughter and why I told it.

“Oh, it’ll be more than a paragraph.”

After days of inching toward the deep water, I remembered what I learned from Allison K Williams at a memoir workshop earlier this summer. She emphasized how important it was to “deal honestly” with our own behavior, including our bad behavior. While we could be heroes in our stories, “even heroes mess up,” Williams wrote in a recent blog, Heroes and Villains.

I had to dive into my inner villain. I wrote and rewrote. I re-read the paragraphs. I liked them, particularly the simplicity of how I ended the section. I put it down and came back to it a day or two later. Then the doubt crashed over me. I wrote a few more sentences to make my point, forgetting that once was enough. I sent the revised section to my mentor. She loved it. Except she said, I over-explained. I began moralizing. I should have trusted my original ending. My kids would have rolled their eyes at me.

I told my mentor, I needed to trust myself more.

The more I trust my writing, the better it becomes. I see the weaknesses on the page, particularly my desire to tie everything up neatly. To keep the trust, I’ve given myself a new editing tool. I read my work aloud and ask myself whether my teens would roll their eyes at me. If they would, I know I did it again. I let those sentences go, scattered like broken shells on the shore, and dive.

Christine Corrigan is a writer. Her essays have appeared in Dreamer’s Creative Writing, Grown & Flown, Purple Clover, Racked.com, Wildfire Magazine, and elsewhere. At 51, she’s working on her first book, a memoir about surviving cancer twice. She lives in New Jersey with her husband, three children, and Cavalier King Charles Spaniel. Find her on Twitter @CPCorrigan2.

You are currently viewing the search results for Corrigan.