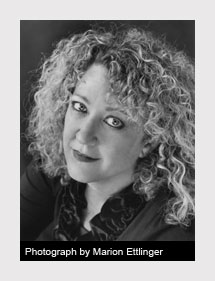 Kelle Groom discusses how she came to live in Hans Hoffman’s Provincetown painting studio and her essay in the new issue of Brevity, “Hans Hoffman’s House.”

I love old houses.  If time is the soul of the world, isn’t something of ourselves in the places we’ve lived? Like the experience of any art, architecture feels like a chance to communicate with another across time. In the archaeology of place, landscape holds memory. My memory began in Massachusetts. Early childhood on Cape Cod in a succession of houses my family remembers by color, rooms, bodies of water: two-bedroom on Bass River (a summer rental we lived in the winter I turned one), red house on Follins Pond, white house in South Dennis, yellow house in South Weymouth, gray-shingled house my grandfather built for us in Dennisport (with treehouse).

And then we moved away, to Hawaii, Florida, Texas, Spain. But we returned to the Cape in summer. My mother’s family had always lived in South Yarmouth. Part Wampanoag, her ancestors the Pawkunnawkuts named the place, Mattacheese, old land by the borders of water. I first learned the names of things here: light, grass, tree, voice. Here, the sky looks like sky. When my grandmother sold her home, died in 1998, we no longer had a house on the Cape. My parents bought one in Wellfleet and spent summers there. Even when I lived for years in Florida, I never felt geographically adrift. I knew where I was from.

Nearly three years ago, I stored my belongings, and began travelling and living in places I’d never been: DC, Vegas, Santa Cruz Mountains, plains of Wyoming, Lake Tahoe. I was writing about fear and living with uncertainty, my life mirroring my research and writing of a second memoir.  But after a teaching year near the top of a mountain – a place of such stunning beauty it felt filmic, unreal, even when inside it – I was homesick.  And acrophobic (from the Greek akron meaning peak, summit edge and phobos, fear). In normal people, when they travel higher, their visual cues recede, and they maintain equilibrium in other ways. Acrophobics continue to rely on visual cues, overloading the cortex. Driving along the side of a cliff (10,000 feet down), I felt gravity weakened. As if my old green jeep might just sail off toward the red rocks into the canyon that could swallow cities, into the river below. My problem was with balance and spatial orientation  – semicircular canals, otolithic organs in bluish purple pouches, sacs and fluids of the labyrinth of the inner ear. After nine-months here, during my annual check-up, my blood still showed decreased oxygen levels. My body had never acclimated. When asked where I wanted to live next, I said, Sea-level.  What I meant was home.

I headed back to the east coast, to my parents’ place in Wellfleet. But unexpectedly, surprisingly, they sold it and moved back to Florida. I was between things – full-time employment, housing – and now, with no home in my home, I wondered if I’d gone too far into uncertainty. I’d hold my breath in fear. What had I done? Why did I leave my job, my house, my friends, my bed and blender and books in New Smyrna Beach? Where would I write?

But then, Beth and Kiki, generously and miraculously, offered me their place in Provincetown, Hans Hoffman’s old painting studio. A lovely, serene loft at the top of a West End house overlooking the Cape Cod Bay. National Seashore at the end of the street.  Many mornings, overwhelmed, I’d freeze up in fear. Unable to move. But then the light – bright or dim– would come in all the windows on the bay, I’d hear the tide. The whole world – the one I’d known from the beginning — came toward me until I could breathe again. Walk into it. I’d think of Hans Hoffman painting here when I was three, four, five years old, living up the Cape in a red or white house. Kiki mentioned other writers who stayed here to write their books. And Beth came here one spring to write her beautiful memoir. Here, I was connected to these other artists, less precarious.  There’s a lot of good energy in the house, Kiki had said. I felt it.

You are currently browsing entries tagged with acrophobia at BREVITY's Nonfiction Blog.