Mother is gone. One day I’ll pick up the phone and hear one of my sisters saying these words. Mom’s eighty-one now, and though she’s in relatively good health—survived two bouts of cancer—I know her life can’t go on forever. Mother tries to prepare me. She discusses her bank accounts, goes through her list of keepsakes, and asks me to help her order a tombstone.

I’m stoic. Every time I lift this veil, gaze at what life will be like after Mother, I see darkness.

So Adriana Páramo’s memoir, My Mother’s Funeral,  not only goes to a place I’m reluctant to go, but opens with the dreaded call.  “I collapsed in slow motion,” she writes about hearing the news. “My body trickled down a wall until my chin touched my knees. I thought about Mom’s face, but couldn’t see it. I could see her eyes but not her nose, her lips but not her neck. The rest of her was in bits and pieces. Her winter hands, her velvety ears, her porcelain left knee, her night hair. Mom was fragmented now. She used to be whole.”

Páramo shares her shock and grief with such honesty and originality that one can’t help but read on. These elegant, interwoven essays crisscross over time—showing her mother’s innocence and desperation, eloping with a man who’d only bring her disappointment,  going forward to Páramo’s childhood and rebelliousness.

Carmen, Páramo’s mother, suspects on her wedding night she has made a dreadful mistake. Her husband leads her to a shabby brothel with stained sheets where he takes her virginity. Carmen’s dreams end as she discovers the man she loves is not as attractive as she thought, in addition to being alcoholic, crude, and unfaithful.  After the birth of their sixth child, her husband takes off without a word for twenty years, leaving the family penniless. Carmen copes making soup out of bones, guiding her children so they grow with love, self-respect and independence.

She strives most to protect her daughters from mistakes she made—knowing that men and sex can result in dead-end traps. Thus, Carmen obsesses about her girls’ virginity. However, Páramo is as high-spirited and independent as her mother. One night, when she’s just thirteen, she goes on a bike ride with a boy from school. They kiss, but that’s all. He smokes marijuana, and they both end up high and asleep. Páramo wakes up to realize she’s missed her curfew. To avoid her mother’s scorn, she steps in front of a motor scooter, hoping to land in the hospital. At least she’d have an excuse for being so late. There’s a collision, but no injuries. She makes up a story about being kidnapped. Horrified, Carmen takes the girl, the next morning, for a pelvic exam, which proves she’s still “in tact.” Carmen rewards the girl with the “pixie cut” she has long wanted.

That night, Páramo looks hard at her mother. “Late forties, dark half-moons under her sad eyes, short gray hair, a permanent frown, dark unsmiling lips—a haggard woman with nothing to show for a lifetime of diapers, late-night colics, schools, unpaid bills, hunger, lies, loneliness,” she writes. “I walk to the couch and sit beside her. She puts her arm around me. For a while I sit rigidly, but then I feel like crying for her.”

When her mother asks her why, she replies, “I’m crying for you, Mamá.”

When Carmen dies, Páramo is living in Florida—a hemisphere away. Even so, she pictures her mother’s last night in Columbia—death as a vacuum that “sucked upward with a violent jerk as if an invisible parachute had opened above [Carmen’s] head.”

It takes her to “the place she loved most in the world, Mariquita…that smelled of avocado and earth after the rain.” Páramo tells her goodbye, believing her mother has returned to being Carmen—just Carmen—the girl with big dreams, love, and hope. 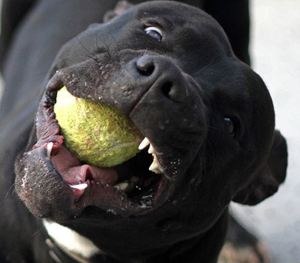 About.com’s Catherine Sustana reports in her Eight Innovative Online Magazines: “Referential Magazine calls itself ‘a celebration of the interconnectedness of the written word,’ and reading it is not quite like reading anything else I’ve encountered on the web. Some of the pieces are previously unpublished; others are reprints. Most pieces are followed by a reference to at least one other work — one that inspired it or one that resonates with it (though sometimes a piece is just followed by a statement from the author). The references sometimes lead to other works on the Referential Magazine site, but often, they lead to other sites. The effect is to put literary works in conversation with each other, creating a sense of context and community rather than the isolation so often created by the abundant material available on the internet.”

Brevity editor Dinty W. Moore chose Adriana Páramo‘s book manuscript, Looking for Esperanza, last year as winner of the 2011 Benu Press Social Justice and Equity Award in Creative Nonfiction. “Páramo‘s Looking for Esperanza is an essential window into the hidden world of undocumented female farmworkers struggling to maintain their health, their families, and their dignity in an unforgiving world,” he wrote then. “Páramo shines a necessary light on these defiant fearless women fighting for their own small morsel of the American Dream.  The result is a book both powerful and unforgettable.”

The book is now available, and recently reviewed by Sonya Huber fin River Teeth. Here is an excerpt from the review:

Páramo’s varied background—child of a Colombian immigrant, mother, and child of a single mother–is offered alongside careful immersion literary nonfiction in a vital braiding that reveals the source of the author’s insights into the struggles of the women in her book. Páramo boldly merges ethnography, memoir, research, quest, letter, imagined scenes, and poetry; at one point in the narrative, she turns to explore emotions spurred by the loss of her own mother, allowing the reader to see the ways in which role models and connections among women are so vital—and so sorely missed when they are absent.  …Her focus on the overlapping political resonances, hidden human experiences, and embedded subjectivities in one geographical area recall U.S. Poet Laureate Natasha Tretheway’s recent foray into nonfiction, Beyond Katrina. Páramo’s poetic, vivid, and astonishing work sets a new standard in the form of immersion writing and creative nonfiction.

You are currently browsing entries tagged with adriana paramo at BREVITY's Nonfiction Blog.