An interview with Dinah Lenney, Brevity contributor and author of The Object Parade: Essays.  Lenney, a working character actress, has written for The Los Angeles Times, Los Angeles Review of Books, Rumpus, Creative Nonfiction, and elsewhere:

Dinty W. Moore: What I find most striking about The Object Parade is how what seems at first to be a series of “sketches” – brief reflections on various objects in your life – quite rapidly transforms into a layered family history and nuanced memoir, the very intimate account of a young woman embarking on a professional acting career.  Was that your intention all along, or did the true heart of the book reveal itself to you along the way?

Dinah Lenney: Was it my intention to write another memoir—a full-blown memoir? No. No, it wasn’t. It’s just as you say, the true heart of the book revealed itself to me. Even when I knew I had a book—or an idea for a book (and geez, it’s daunting to have an idea for a book, isn’t it? I’m sort of the opinion that we should fool ourselves out of the idea that we’re writing books… Or at least I should. And that maybe reveals me as a novice—but truly, I just as soon not have some grand idea. Because, in a way, it’s like deciding how to perform a role before playing it, scene by scene. To anticipate a performance is a sure way towards a lousy performance, right? But that goes to your second question—so let’s put a pin there for now.) Where was I. I was fooling myself out of my parade. So—so I did know I was writing memoir, short form memoir—that the objects were prompts. In most cases, though, I had no idea where each object would take me. And I certainly didn’t know how they’d line up—in what order, I mean—nor did I realize until after I’d lined them up, that they told the story you describe. But that is the story, isn’t it? That was my preoccupation, over and over: to figure out how I got here from there. What sort of career had I had? What informed it? What got in its way? What defines me in the end: The dream, itself? Its fulfillment? Its failure? Do you know the writer Lynn Freed? She wrote this essay I love, “Embracing the Alien”—it’s in a book called Reading, Writing, and Leaving Home—which she ends with two wonderful lines: “For what is writing, after all, but a bid for the truth? And what is the truth, if not the life at the very heart of failure?”

DWM:  I have long been struck by how “persona” in an essay is a form of method acting, and how the need for an actor to believe her role carries over into the voice of the author.  Do you have thoughts on how these connect?  Has one art form fed the other for you? 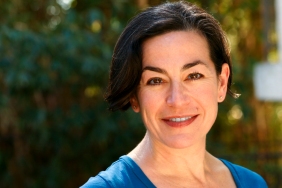 Dinah: Do I have thoughts about acting as it informs “persona” in the essay; and does the one craft feed the other? Yes and yes. First of all, I’m convinced that the urge—the impulse to write or to act—comes from the same place. And—and this will sound ass backwards, I suppose, but either way it’s an impulse to be oneself. To put one’s intensity and passion and intelligence to work. See, as soon as you use the word “performance” somebody’s liable to raise an eyebrow, as if “performing” is somehow suspect. In truth, the best performances feel true. Because they are. They’re imbued with the essence of the performer, right? Am I exactly the person I project in my work? Well, no. In life—in the privacy of my home anyway—I am frequently stuttering and thoughtless and inarticulate and ineloquent and self-conscious. Or I can be a blowhard. I can wax self-righteous on occasion. I am too proud. Too impatient, too quick to anger. As an actor, I’m lucky to know myself that well, so as to truthfully bring those qualities, as needed, to the role at hand. As a writer, same deal: I have to have the same sort of control of my “voice.” And… And, in terms of strategies, there’s so much overlap. I used to teach young actors. And what did I ask them when they got up to play a part? Who are you? Where are you? When is this scene taking place? What do you want? Why do you want it? How are you going to get it?  Well, but “the how”—that’s a result that you cannot anticipate. And, by the way, show don’t tell. (Or don’t tell without showing anyway.) And less is more. And—back to question #1—don’t play the end of the scene before you get there…

DWM: One of the more interesting turns the book takes is the addition of letters to your deceased father, whose murder you’ve explored in an earlier book, Bigger Than Life.  It comes near the end, followed by your Brevity essay, instructing your husband where to scatter your ashes, when you are gone.  There is so much room in nonfiction to roam, even into speculation, into the future.  I don’t know if I have a question here, but I wanted to remark on how the book lifts at this point, takes a certain flight. So, speaking of the future: where are you headed next in your writing? Do you have any idea, or are you just waiting for the next book to find you?

Dinah: Room in nonfiction. This is so much on our minds lately, isn’t it, having to do with the requirements of genre: if the truth is subjective and shifting (the truth, not the facts), how to define what we’re doing? How to insist on labeling it one way or another? For me, it has to do with the writer’s intention as much as anything. First, it’s my intention to stick to the facts. Not to spin or bend them, but to face them, to burrow into them, to use them. Second, it’s my goal to thoroughly interrogate myself—to be honest about what I think and pretend: therefore, if and when I take some flight of imagination, I’m going to let you know that’s what it is. So I hope it’s understood that the letter to my father (a letter I can’t finish, a letter I keep starting over and over) is not an actual letter. And not actually meant for him. He’s dead, after all—I know that, the reader knows that; I’m not fooling anyone right? But the letter is the form that made the writing possible—the way I found to include my father in this book. And—and in the letter I manipulate him as I would if he were alive: Dad, this is what I’d want you to know about who I am now; about what happened to me after you died—of course, in this way, I’m manipulating the reader, too, aren’t I? Even so, my intention is nonfictional.

And then followed by my “Instructions” for Fred. And you’re right, this sort of speculation gives us so much room—I’m fascinated by real, truthful, nonfictional speculation. I keep going back to the work of this guy Antonio Damasio, a neuroscientist who has focused, at least in part, on memory and creativity, and the way we humans straddle the past and the future more than we actually live in the present.

As for my next project—I’m hoping it will find me, yes. On the other hand, I don’t feel like I have a whole lot of time—I got such a late start as a writer and I’m bloody slow besides. I was reading an interview with Edward Albee this morning—in Studs Terkel’s The Spectator (subtitled “Talk About Movies and Plays with Those Who Make Them”)—and boy, did it make me uncomfortable. Because Albee says:

If that’s true, I’d better get cracking, right? And now I’m thinking of David Brooks’ column the other day (David Brooks is a Republican I love to love), which he ended this way:

“The only way to stay fully alive is to dive down to your obsessions six fathoms deep. Down there it’s possible to make progress toward fulfilling your terrifying longing, which is the experience that produces the joy.”

Oh, I do long to be joyful. And I’m somewhat obsessed with the overlap we’ve talked about here, you and I—writing and art, writing and music, writing and acting—I want to write something vivid, contrapuntal, in relief, and seemingly improvised—hoping to dive in and dive deep very soon.

You are currently browsing entries tagged with Antonio Damasio at BREVITY's Nonfiction Blog.