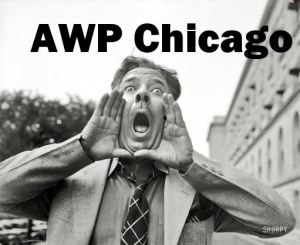 I’ve never been good at acting.  Every time I tried, I could always tell I was pretending.  On the other hand, I’m great at reading prose—Old Testament readings on Sunday, excerpts from essays in the classroom.  Watching these five readers perform today, I feel like I might have finally found my theater, much the same way I found my genre when I stumbled onto the personal essay.

So if you think memoir has trended, get ready.  The folk on this panel might just have the hashtag to turn it all around.  They inject attitude into their nostalgia, take you to the ledge with their humor, then let you hang in the midst of their vulnerability.  It’s like This American Life without Ira Glass, without music swelling in between, storytelling on the stage.

I’m ready to give it a try.  If you are, too, and you’re in Chicago, check these venues out: www.storyclubchicago.com, www.thekates.org,www.thismuchistrue.com, www.heresthestory.org, www.essayfiesta.com.

AWP 2012 – Selling Out Everyone You Love: The Ethics of Writing Nonfiction 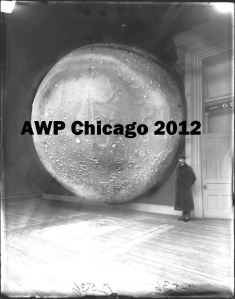 “If you’re going to show anyone’s ass, it’s going to be your own.”

Cheryl Strayed doesn’t think much of Joan Didion’s assertion that writing memoir means selling others out. Her contrarian position resonated from the podium at AWP’s session “Selling Out Everyone You Love: The Ethics of Writing Nonfiction.” The Pushcart Prize-winning Strayed told a packed ballroom of 300 writers that she didn’t aim to embarrass her ex-husband when writing about her failed first marriage. In nonfiction, she said, “I show more about myself.”

There is no way to control the reaction of another to appearing in your prose, however.

“If you were to see yourself through your friend’s eyes, you wouldn’t recognize yourself,” said The Rumpus founding editor Stephen Elliott. Even when a subject grants permission for you to portray them in, print, they may be hostile to the result. “They don’t mean,” Elliott said, “‘You can write about a side of me I don’t know I have.”

Hostility can come from any source. “My father threatened to sue if I ever wrote about my family again,” The Sun associate publisher Krista Bremer said. A few days after the publication of an essay about her parents that revealed no dark secrets—no incest, no abuse, no pathology—Bremer found herself sitting on sizzling asphalt beside her mailbox, digesting the “furious scrawl” of her father’s handwriting.

“’Congratulations,’” Bremer said a writer friend told her. “‘If you pissed your family off that much, you got it right.’” Bremer said her father only disputed one fact—her mother drank tonic water with vodka, not gin—but it was what was unspoken that rocked him. “The spaces between the words,” she said, “had been the most difficult for him to contemplate.”

It’s important to remember, said multiple memoir author Lee Martin, that “you volunteer to be a character in your memoir, but others don’t.” Martin first disguised his memoir writing as fiction, but that didn’t lesson the frustration of family. After writing a short story about an anecdote regarding his father that was shared with him by his aunt, his source of information dried up. Martin had betrayed his parents, the aunt said, informing him that “’I’ll never tell you another story about the family again.’”

Yet all of these writers continue to craft and publish memoir. They seek to examine the human condition by telling the truth about others and themselves, as best as they can recall.

There are other reasons to write memoir, said essayist Poe Ballantine.

Years ago a short piece of fiction Ballantine wrote based on his life paid $300, but a subsequent story paid only $200. The publisher informed him the first essay paid more because they thought it was an essay. “‘Oh, you pay more for essays,’ I replied.”

Ballantine’s essay-writing hasn’t stopped, he said. “I have an inexhaustible catalogue of suffering and failure.”

Patrick Ross is a writer and an instructor with The Writer’s Center in Bethesda, Maryland.

You are currently browsing entries tagged with AWP12 at BREVITY's Nonfiction Blog.