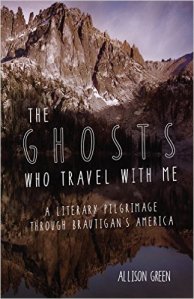 In fall 2008, as the economy was crashing, I got up every morning at five and wrote for an hour in our attic dormer. Writing sometimes feels like fiddling while Rome burns and that was especially true that fall. How bad would it get? Bread lines and dust bowls? But writing has always kept me grounded, so I continued.

I was writing about Richard Brautigan, an iconic writer of the 1960s and 1970s whose work had inspired me as an adolescent. The question driving my writing was more about that adolescent girl than about Brautigan: Who had I been and who was I now? In September, my partner and I had retraced the 1961 trip Brautigan took through Idaho that informed his famous novel Trout Fishing in America, and like all good travel, it was a journey through memory and identity, history and ancestry.

Every morning, I read one of the short chapters in Trout Fishing in America and used it as a prompt for freewriting. I found myself writing about my Idaho-born grandparents, my father’s scholarship on death and dying, my experience growing up during the fight for the Equal Rights Amendment, and other unexpected topics. When the new year came and the world was bruised but still recognizable, I had more than forty short pieces. Now I had to decide what to do with them. 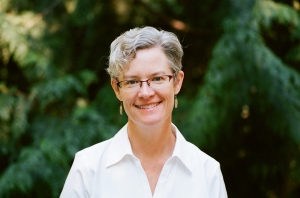 Until that fall, my focus had been fiction. I studied short story and novel writing for my 1991 M.F.A. In 2000, St. Martin’s published my novel. But my editor didn’t want the next novel; no one did. A third novel disintegrated during revisions. And my enthusiasm for writing flagged. After our trip through Idaho, I decided to stop trying to produce a follow-up novel and to write only for myself. No one else would ever care about my adolescent crush on Brautigan, but I cared. Those autumn mornings in the attic dormer, I followed the sentences where they took me: into memories, images, sense impressions. It was the same feeling I’d had as an adolescent writing poetry; the writing revealed myself to me, and it was deeply satisfying.

Over subsequent years, I began to shape the pieces into a book. I still had doubts that anyone else would be interested, but my writing group encouraged me and the project kept me engaged. I took pieces and expanded them into essays. Several were published in literary journals.

And I found that creative nonfiction was the home I didn’t know I needed. It provided structure and focus. Now I liken it to form poetry; the truth as I remember it constrains the writing in the same way the sonnet form constrains writing. Unexpectedly, that constraint fosters innovation and surprise. It frees rather than limits.

In 2010, I took my opening chapters to the Creative Nonfiction Writers’ Conference in Oxford, Mississippi, and signed up for a workshop with Dinty W. Moore. His advice on how to begin was an important piece in the revision puzzle. He said my task was to immediately convince the reader to spend time with adult me, adolescent me, and Brautigan. That’s what the first three chapters now do. 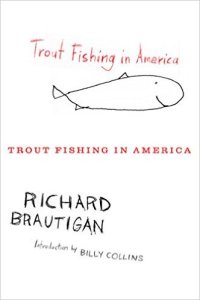 Travel with Me: A Literary Pilgrimage through Brautigan’s America. At readings in Seattle, San Francisco, Boise, and elsewhere, I had conversations with readers about how their eras had shaped them. They wanted to tell me about the writers they had loved, the literary pilgrimages they had taken, and the public events that had profoundly affected their private lives.

I am midway through another creative nonfiction project. I think of it, as I eventually did the Brautigan book, as a two-hundred-page essay. It explores my family’s experiences living in the Virgin Islands in the late 1960s; a stranger broke into our house and fractured my skull. The essay genre allows me to meander through images and scenes, circling my themes, while remaining grounded by those constraints of fact and truth.

Rome burns; Seattle had its hottest ever April day this year. But I am still writing. Still asking: Who was I then and who am I now? I have to trust that my explorations will take me somewhere worthwhile.

Allison Green is the author of The Ghosts Who Travel with Me, a memoir, and Half-Moon Scar, a novel. Her essays have appeared in The Gettysburg Review, Utne Reader, The Rumpus, Calyx, and other publications. She lives and teaches writing in Seattle.

You are currently browsing entries tagged with Brautigan at BREVITY's Nonfiction Blog.