When You Must Be Brief, But Have So Much to Say… 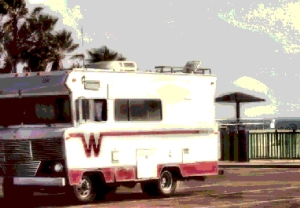 A fascinating look at hyperthymesia and the struggle to write briefly when one remembers so much, from Elane Johnson, author of  the hyper-vivid  Aftermath in Brevity 32:

Here’s a disorder that—especially to a memoirist— sounds welcome and advantageous: Hyperthymesia. Otherwise known as hyperthymestic syndrome or piking, the “extraordinary recall of autobiographical events” seems like it would be more fun than a sack full of fresh puppies. Being able to remember everything effortlessly? Yeah! No more studying for tests, forgetting an acquaintance, losing at Trivial Pursuit. There are only four documented cases of hyperthymesia in the world, but that’s because I’ve never mentioned to any University of California researchers that I remember in stunning detail the smells, sights, sounds, emotions—even conversations—from way more minutes of my life than I should.

Remembering does have its benefits. There really is no need to study for a test when I can “see” the page in the social studies textbook where the answers are. Credit card and bank account numbers are at my beck and call. Plus I know all of my ex-husbands’ Social Security numbers. Sweet. But like even the best Snickers bar ever, anything delightful is required to have an equal amount of crap to balance things out and make your thighs rub viciously together when you walk. Like: People with my address can’t stand my verbatim play-backs of our arguments. Every injury I’ve ever had feels the same as the first time in my never-ending mental home movie. And the entire soundtrack of Evita (starring Madonna) plays in real time in my head at 3 AM. I can’t forget. If I try to forget, I just remember even harder.

I used to send all my pieces to my writer-boyfriend for editing, and he’d send them back with 24-point bold comments like, “WAY TOO F******* LONG!” Then a professor in my M.F.A. program assigned a “moment of being” a la Virginia Woolf, and I began “Aftermath.” I had that final line skulking around my skull, but I started retelling the incident as a narrative, and I had 1000 words before I even climbed in the Winnebago. It’s completely ironic that I, a student who never saw a word limit she didn’t double, found my first piece published in Brevity. I am loath to excise a syllable, but I forced myself to scrap the complete sentences, and I conjured up a time line. When I finished, I couldn’t believe I had this manic “after-after-after” monster that just worked. I remember laughing deliriously as the title became obvious. Of course I remember. It was 2:27 AM on a Friday. In February. Snowflakes pirouetted in the front yard flood lights; even though I had stuffed them into fuzzy fuchsia socks forty-five minutes earlier, my feet still hurt from the cold …

April Monroe’s thoughtful reflection on the short essay form and her brief essay The Potato Harvest in Brevity 31:

One of the reasons I have been a longtime reader of Brevity is because size, at least in literary nonfiction, matters to me a great deal. Short-short nonfiction has always been a very natural genre for me both as a reader and a writer. In many ways this quickly leads to vast literary disappointment, as there are very few places to publish or read, and writers of brief nonfiction are rarely found on the best-seller list. But despite the pitfalls, it remains my favorite form. As a reader I find it to be more accessible than poetry, but it still has the arch that I crave in stories and essays. And, more than anything, I believe it is the most honest nonfiction around.

The discussion on what truth is and where creative license becomes deception has been had ad nauseum, and I cannot offer anything new to that dialogue. What I can say is that I believe telling the truth is the obsession, goal, and persistent quandary of all nonfiction writers, and that I found my best answers in short-short essays.

In one of the first writer’s workshops I ever participated in, the ongoing advice for every piece I turned in was to “make it longer.” Of course, most of the young and uncorrupted writers in the circle of desks under the always-throbbing fluorescent lights said it more eloquently: “let it bloom,” or “I feel like this story is trying to be a poem,” and sometimes more straightforwardly: “this is weird,” or “You could never publish this.” As a consequence, I spent a great deal of time figuring out how to elongate essays. Sometimes this was great – necessary, even. But other times, I was left with the feeling that every word I added was a movement away from what I was trying to write in the first place – the truth.

Sometimes the most moving, altering moments of life are in fact only moments. Sometimes they are not destined to be novels, essays, or memoirs. Sometimes, there is no bigger picture. There is only the truth, and all that I know of it barely reaches the two-hundred word mark. My essay “The Potato Harvest,” which appeared in issue 31 of Brevity, is a good example of such a time.

I would rather write about anything, anything at all, than write about my children. The enormity of the undertaking, the likelihood of blundering into cliché, and the added difficulty of writing with absolute honesty when my children are my subject matter scares me. Every word is a mountain. “The Potato Harvest” is, to date, the longest piece I have written about one of my children. It is quite brief, but to me was a large accomplishment in the art of telling the whole truth. The particular poignant morning that inspired the essay was the kind of moment that reaches us at our core, but when it has passed, seeps out of our mind like a complex dream. For me, short-short essays are the dream catcher that those moments get stuck in, and the only way I have found to capture them and put them into writing.

Life in a Time Of Contraction: Drunken Boat

The online journal Drunken Boat has recently released issue eleven, featuring essays under 1,000 words exploring how folks — in this worldwide financial crisis — cope with the end of the prolonged age of consumption.

Here’s the opening from Cal Freeman’s excellent “Some Notes from Dearborn, MI”:

We are the bellwether species, that frog with the extra leg in the drainage ditch near the chemical plant that no one notices until the ground water is potable no more. Ford leveraged its factories more than two years ago. Two of my neighbors stand in their yards and shoot squirrels out of trees with bee bee guns out of boredom.

The entire issue is well worth a gander.

Another Outlet for Brief Nonfiction

As in past issues, we’re still looking for nonfiction in all its guises: essay, travel writing, literary journalism, satire, memoir, etc. We want to hear about dirty kitchens, ill-mannered exchange students, and hydrogen bonding. We will read about decaying vineyards, heroic mall guards, disenchanted cartographers, and sweet potatoes. If it’s new and true—and under 1,000 words—send it our way as a Word or RTF attachment.

Hey, They Stole Our Concept?

But still, it is nice for those whose work doesn’t quite fit into Brevity to have more options, so we share with you:

Beginning September 10, 2009 until November 15, 2009 the Yalobusha Review will begin accepting works of literary non-fiction of lengths no more than 750 words. We are looking for stand alone topics that vividly capture exact moments that might otherwise go unnoticed. Though we are not looking for a particular aesthetic, writing that takes chances, pushes the boundaries of language and does not rely on either narrative or sympathy posseses the greatest chance of publication in the 2010 issue.   Include a cover letter with the title of your piece. Include SASE with submission for notification of results. We retain first North American rights.  Payment is a contributor’s copy.

Daniel Nester is a friend to Brevity, one helluva Queen fan, a nice guy, and Assistant Web Editor for Sestinas at McSweeney’s, so we wanted to pass this along.  First though, we had to ask him “Dude, what’s an imaginary nonfiction?”

Okay. We have no problem with nonfiction writers telling us what they’ve imagined, as long as they tell us it is imagined.

So, here’s the pitch:

You are currently browsing entries tagged with brief nonfiction at BREVITY's Nonfiction Blog.