Writing the Unthinkable: An exploration of Charles Pierce’s Esquire column on the Charleston massacre 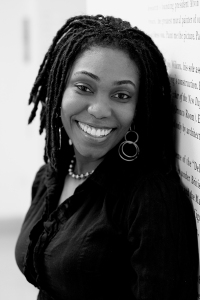 When I digitally stumbled upon Charles Pierce’s essay “Charleston Shooting: Speaking the Unspeakable, Thinking the Unthinkable,” I almost didn’t read it. I am not the average reader of Esquire magazine, a 45-year-old affluent, likely white, male; I’m a 36-year-old brown woman with a negative net worth. However, I am a sucker for a good title, so I gave the piece a few minutes of my internet attention.

It only took a few seconds to understand why the essay has over 200,000 social media shares. Pierce hooked me at the first sentence: “What happened in a church in Charleston, South Carolina on Wednesday night is a lot of things, but one thing it’s not is ‘unthinkable.’”

As a TV news junkie, I recognized the word. It’s one of the many clichéd responses in the human vocab bank, usually placeholders for more authentic thoughts. News anchors pin the sound-byte to segment intros and correspondents coax it out of sources:

“Did you ever think something like this would happen here?” Roving Reporter asks.

“No, not in a million years,” Barry Bystander says. “It’s unthinkable.”

But Pierce’s essay isn’t about overused language; it’s about hiding behind it. What happened, he argues, is quite thinkable. In rest of the paragraph, he parses the thoughtful and deliberate actions of the murderer, a play-by-play that leaves little wiggle-room for misunderstanding and ensures we arrive at the same point of reason. None of this is unthinkable, and as Pierce says next, unspeakable. He writes, “We should speak of it loudly. We should speak of it as terrorism, which it was.”

In the midst of a subject that is an emotional quagmire, Pierce’s piece rants not. Perhaps his use of repetition contributes to the steady pace that at times feels like an incantation – slow, repeated, deliberate, musical lines which seem to have a higher purpose. He writes,“It is not an isolated incident, not if you consider history as something alive that can live and breathe and bleed.”

When I arrived at this sentence, I had to re-read it. Not for clarity, but something in the lyricism of the “live and breathe and bleed” arrested me. Internal rhyme comes to mind, but alas, high school lessons on any pentameter were 20 years ago, so don’t quote me.

The personification of “history” also works a second job. It hearkens us to our universal humanity – whether we are penis or vagina, conservative or liberal, loaded or poverty-stricken – and begs us to consider how the past might dictate the future. History not only lives, breathes, and bleeds. It repeats.

And then, in the next sentence, something happens. The piece picks up speed and urgency with a series of exhortations reminiscent of the idealistic and sermony “Let freedom ring” refrain in Dr. Martin Luther King Jr.’s “I Have a Dream” speech but still contemporary and even quirky .

He writes, “Let Hillary Rodham Clinton and Jeb Bush, both of whom want to lead this troubled country, consider what it meant to absent themselves from campaign events in Charleston and think of these things and speak of them before they turn to their consultants about whether or not staying in a grieving city was what a leader should have done . . . Let Squint and the Meat Puppet think about these things and speak of these things before inviting Donald Trump, who is a clown and a fool, to come on national television and talk about his hair.” (I did have to Google “Squint and the Meat Puppet” and it appears to be a reference to Joe Scarborough on MSNBC in the morning, a nickname invented by Pierce himself. Also, the humor of “a clown and a fool” is not lost on me.)

Before closing the essay with a classic full-circle move that returns to the idea in his intro and adds new insight, Pierce warns that those who refuse to talk and think about what happened “do not want to follow the story where it inevitably leads . . . all the way back to the mother of all American crimes.”

And here is where I and the Esquire writer, who I certainly will read again, part ways. I’m tempted to argue dehumanizing blacks and forcing them to work the land isn’t the mother of all American crimes; it’s swindling, sickening and slaughtering the Native Americans to steal the land in the first place.

Keysha Whitaker is a lecturer of English at Penn State Berks and host of Behind the Prose podcast for writers. She holds an MFA in Creative Writing from The New School. Her work recently appeared in The Forward, Full Grown People, and The Reject Pile.

You are currently browsing entries tagged with domestic terrorism at BREVITY's Nonfiction Blog.