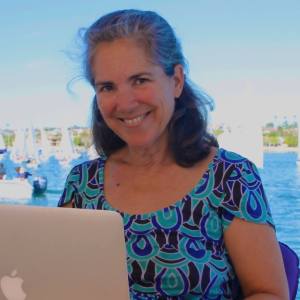 Let’s talk about description. Readers need to know what places and settings look like, but if an author goes on too long describing them down to the smallest nail head in the wall, our attention tends to wander, because we care about people, not things—and we like conflict between people most of all.

The biggest problem with description is we usually get too much, too soon. This is true for all exposition (yes, description is expository, since it’s “intended to explain or describe”). In Chapter One, you’d be just fine describing people and places that are going to pertain to Chapter Two or Three. What you don’t need to describe at length are places and people we won’t encounter again in the book; you also needn’t go into detail about a place we don’t visit again until much later. If your grandfather only appears in Chapter One, then some very simple description is fine for him. He’s tall and thin with a wispy gray beard, perhaps, and that is enough. A workplace might be described simply as “a field of uniform white cubicles” if we are not setting a major scene there.

You probably already know to pick specific details rather than generalities. For example, we often label places “run-down,” but what does that mean visually? What is the clue that—in looking at a house or a gas station—would lead you to call it run-down? Pick that specific thing and show us, instead of using the same tired description. When you go back to that location, show us another dirty, worn image: the screen door hanging from one rusty hinge, the peeling, weathered porch-boards, and the bare, weedy lawn to help us to construct a mental image of the place.

And don’t describe your main character from head to toe in the early pages in that adjective-loaded bad-romance-novel way (“her auburn hair tumbled down over the neckline of her green silk shantung sheath, revealing her creamy ivory décolletage”). Instead show a characteristic—a way of dressing, walking, or talking that reveals something key. After all, we do this every day. We see a person ahead of us on the sidewalk, and start assembling pieces of their look, actions, and behavior that let us know whether they’re going to ask for money, pitch us a religion, say hi, or just ignore us. If they act too eager to connect with us, we may take out our phone or refuse to look them in the eye.

When I did the content edit on the manuscript of Fourteen: A Daughter’s Memoir of Adventure, Sailing, and Survival (She Writes Press, Oct 2015) by Leslie Johansen Nack, Chapter One began with her family living on a rundown ranch when Leslie was much younger than the title age. There was great writing there—a lot of good description of the setting of the property and of Leslie and her sisters and her parents. The writing was excellent, but it threw off the structure by focusing on the family’s early life, which is not what the book is about.

I encouraged her to begin much later—in 1973, when she was a preteen—moving quickly to some of the early, troubled sailing scenes with her family on the sailboat they eventually take to the South Seas. The opening pages would then show how her father bonded with her over sailing on day one (his unhealthy attention to his daughter, which eventually drove a wedge between him and her mother, is hinted at) and also let the reader know what sort of book it is (see subtitle). I assured her that she could show some of the early scenes in “flashbacks” later on.

Fourteen includes a dysfunctional, abusive family dynamic that was established early in her life, but the book needed to begin with a truer sense of what the majority of the story entailed: sailing and her strained relationship with her father. Showing the whole family interacting on the boat let the author describe them in visual, active ways that revealed their characters, not just their characteristics. For example, the first sailing scene shows the mom and sister getting seasick and Leslie feeling fine, which results in her father’s approval of her, specifically.

Leslie jumped right back in and went to work on the opening chapters and some other trouble spots—for example, we decided that the book should end when the voyage ended. (The effort she went through in cutting those early chapters and restructuring the manuscript was worth it: Fourteen is the recipient of 5 independent book awards, and the book gets 4.5 stars with 700 ratings on Goodreads.)

We have all heard we must “kill our darlings,” but with description and exposition, it’s hard for authors to know which ones to kill and which to simply move later or sprinkle throughout the book. The best advice I can give is to consider your genre, and refer to the book’s one-paragraph pitch or “log line” and see if every chapter—especially the early ones—support or advance your story line.

Jennifer Silva Redmond is a freelance editor and publishing consultant, specializing in memoir and nonfiction adventure travel. She has worked on books including The Dining Car by Eric Peterson, Wheels Up: a Novel of Drugs, Cartels and Survival by Jeanine Kitchel, and Soil-Man by Oz Monroe. Find out more about “Jenny Redbug” and her work at jennyredbug.com.

You are currently browsing entries tagged with don’t sweat the small stuff at BREVITY's Nonfiction Blog.