Improving Dialogue Through the Art Of Eavesdropping 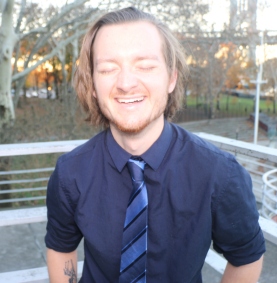 You’d be surprised what people say. I know I was. When I took my first memoir class at Gotham Writers Workshop, the third week of class was designated to dialogue and the homework assignment was to go eavesdrop on a conversation and transcribe it to share in class the following week.

I’ll admit, I was a bit skeptical. What could people actually say? But I did my due diligence, headed to Union Square, sat on a bench and stared blankly at my book, focusing my ears like antennas to pick up a conversation that I could then write into a page of dialogue for class.

There, I heard two women talking about how they were sick of pho because it was too widespread. They liked the Vietnamese soup back when it was unique and hard to find.

It may seem pointless. Who cares about the popularity of pho (other than these two women)? But it’s not about the subject matter. It’s the passion, the context, the subtext, the dialects, the manner in in which they speak. The woman who I heard the most from was incredibly impassioned about pho and being a frontierswoman of the great pho wilderness, while the other woman mostly just nodded consent and agreed with her. Though even without looking, I could tell that she probably enjoyed pho just as much as she used to.

Hence, subtext. On the surface, it’s just two women agreeing that pho has become too popular and thus the taste suffers. But when you actually break down the dialogue, it looked like this (what these women actually said, by the way):

“Can you believe that there are four pho places in Union Square now? I don’t even want to go anymore because everyone goes now. Y’know what I mean?”

“I mean, it’s ridiculous. I remember when you actually had to look for pho.”

So yes, these two women are agreeing about the prevalence of pho. But is the other woman really agreeing, or just actively listening? And what does she think about pho? Is she annoyed with her friend? Because it seems so. Maybe there’s something elsewhere. Does she suspect her friend of doing something unsavory? Are they up for the same promotion at work?

When you read dialogue, if it’s written in such a way to reflect how human beings actually talk, you don’t have to overstate. You don’t have to tell your reader how to read it. They’ll hear it.

Using context and the actual conversation, the reader knows what that “Sure” means. And maybe it also cues up how you might have done things differently. Would you have gone along with the conversation, or would you have taken a different approach? By letting your dialogue outside of its comfort zone, you are opening it up to improvement. The kind of improvement you don’t often get from talking to your television screen or cat. It’s actually a hard thing to listen to yourself talk in a natural, human voice. That’s what other people are for.

Dialogue is at its peak when it is truly human, but you’re not going to get it human through guesswork and writing it according to the Chicago Manual of Style. People don’t pattern their everyday speech based on a manual, they pattern it based on emotion and impulse. If you want your narrative nonfiction to reflect the humanity of the situation, then there better be some actually humanity in it.

Hearing how actual people talk will let your mind start piecing together your own dialogue the way you have heard actual people talk. And it all starts with having open ears. So take out your headphones on the subway and just listen. Maybe you’ll hear something that triggers your imagination, or reminds you of a conversation you had. It doesn’t have to be about pho either (thankfully).

Remember, there is nothing that you overhear someone saying that can then become “unrealistic” dialogue, or an unrealistic way to speak. It’s as real as it gets. And while it’s unlikely that you can just pluck a conversation from your walk to the grocery store and plop it in your essay, actual human voices will be floating through your head, not just words on a page. You’ll hear the inflection of voices, the subtext obtained through simple, curt responses, accents, dialects, made-up words, made-up words said in funny dialects. Every day is an opportunity to improve your dialogue writing if you just put yourself in a position to actively listen.

And what better way to try to cure writer’s block then by sitting yourself in the middle of someone else’s story and hearing the way they tell it? The world is full of voices; you just have to be willing to listen to them.
__

Josh Sippie is the Director of Conferences and Contests at Gotham Writers Workshop in New York City, where he also teaches. His work has appeared in The Guardian, The Writer Magazine, McSweeney’s Internet Tendency, Hobart, and more. When not writing, he can be found wondering why he isn’t writing. Twitter @sippenator101, more at joshsippie.com. 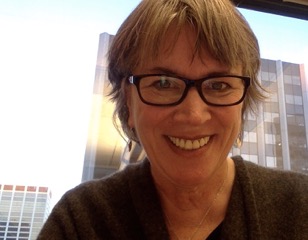 I watch and record unobtrusively from a hard leather chair just behind them, invisible in my middle age, which I believe I have turned into an advantage.

They look like they’re thirty, like college acquaintances, graduated maybe in 2008, into the great recession, re-gathering at this brick Denver hotel for a wedding weekend, I guess, making up for lost time, re-introducing themselves. I’ve done okay. All of us have. Haven’t we?

I focus on one pair, seated awkwardly close on a low, cow-hide sofa. One is bunch-muscled, compact, thickly side-parted. I write that he is wearing a speckled ivory, v-necked sweater over a white tee and dark blue jeans, with heavy black glasses, and that he’s nodding earnestly.

I write that the man at his side is lanky, his knees jutting up higher than his belt on that sofa built more for looking at than sitting on. I record his roguish brown hair and manicured beard, his round wireless glasses, his blue, slightly western-cut, though not exactly western, shirt, buttoned to the throat. His jeans are snug—could they be tailored, I ask my notebook.  A messenger bag of waxed canvas and leather sits on the floor near his artfully distressed boots. I hear the man in the v-neck say, You’re married? Congrats, man.

It gets noisy so I miss a few sentences and when I hear their voices again, they’re talking about an idea. Not people. Not an event. I’ve missed the beginning; I have no context. They say concept and arbitrary and economic and presumption and aversion. The clusters of people they know from college (are they friends, exactly?) use similar words, wearing clothes that are not the same as theirs but which might be sold on the same block as the store where Western Shirt shops, expensive stores, but casual, emphasizing conspicuously humble fabrics.

Then two women exit the elevator and cross the lobby with lowball glasses, icy brown, cherries at bottom, stopping in front of the others, saying outfit, boots, drunk. This stops the other conversations for a couple of minutes until a subgroup cracks open to fold in the fresh arrivals, and they too slowly begin using the right abstract words and begin to look uncomfortable in their not-quite-right-for-the-occasion clothes, one in a shiny backless black jumpsuit and the other in a slick skirt half an inch shorter than her Spanx control slip.

I take notes in a pink moleskin, Uniball blue marring creamy pages. I feel free, every now and then, to look up at one or another of them and then to continue recording. They don’t see me. As I said, I’m invisible. It’s my superpower.

I’m dressed for the evening in cat-burglar black. I got ready early, an hour before I was to meet my colleagues, in order to capture this time, after the work of the conference, before the work of evening networking. This is my golden hour, notebook time.

I am in the habit of using my notebook to hide in over-stimulating environments, not unlike the way I disappear into my kitchen during a party to enjoy the noise, the music, the buzz going on outside, while I’m safely cocooned, refilling a water pitcher, rinsing glasses, drinking my Pinot alone. The spot at the edge of at story is comfortable, fulfilling.

I tell myself I get out my notebook at times like this—in a hotel lobby in the break between activities at a professional conference—to stay fluent, to feed the flow. Also, I say to myself, I’m sharpening my observations, recording the words and movements of people I see in public to make sure I know how people really behave. I tell myself that.

I finish a sentence and look up to see Western Shirt staring at the notebook in my lap. I look down again and keep writing as the skin on my neck flushes, my fingers tingle. How rude, his staring.

Two minutes later, his voice rises and his words become even more abstract—privilege, dysmorphic, consciousness—his language creating a kind of contagion. The clusters of others advance the abstractness of the words they use now too—epistemological, Aristotelian, feudalistic.

Now this is boring. It’s almost time for dinner. I sigh and lay my pen down and look up to see Western Shirt register my frown.  I look down and write that.

Then I hear him say in a much louder voice, I used to be so into you, which causes the others to hush. I stop recording to watch.

Only the once, Western Shirt says.

Tittering from the group.

The group laughs, relieved. This is a joke. They reshape into new tiny formulations, invigorated for more concrete talk—who did what, when, with whom.

I’m still watching when Western Shirt turns away from them, toward me. He salutes, two fingers flicking out from his forehead, head nodding in a tiny dip.

I drop my pen.

The observer effect—I learned it in college for a test, quantum mechanics. Observing a situation changes it. Instruments of observation always alter the state of what they measure. If you check the pressure of your car tires, you can’t help letting out some of the air. You change the pressure of the tires whose pressure you aim to check.

I am not invisible. I have no superpower.

I do not see the world as it is. My recording it changes it. My Uniball turns everything blue. I do not record reality. I create it.
___

Shelley Blanton-Stroud teaches college composition at California State University, Sacramento, coaches workplace writing, and labors over an infinite revision of her first novel and the first draft of a second. Her essay, “The Bourbon Cure,” appeared last year in the Brevity Blog. Other work has appeared in Cleaver Magazine, Eunoia Review, Mamalode and Soundings Review. She lives with her husband and two dogs in Northern California, where she serves on the writers’ advisory board for the Belize Writers’ Conference and on the Slow Food Sacramento board of directors.

You are currently browsing entries tagged with eavesdropping at BREVITY's Nonfiction Blog.