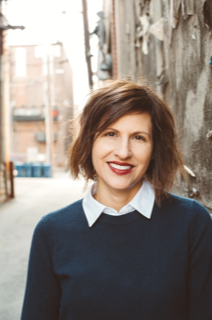 During the polar vortex last winter, when the middle school and the college where I adjunct was cancelled for two whole days and delayed for the other three, I sat my twin 10-year-old daughters on the couch and read to them the first chapter of my YA novel-in-progress. “Just tell me what seems interesting,” I said, and began to read. E stretched her nightgown over her knees and rocked back and forth. When J pushed her hair back, I glanced at her face for signs of boredom.

Outside minus-twenty degree winds whipped the brick façade and snow curled up tree bases. The walls moaned in response, but inside we were cozy in pajamas and slippers. I came to the end of the first chapter and looked up. E immediately darted, said she had to go to the bathroom.

“Should I read more?”

She shrugged. “If you want to.” Of course I wanted to only J said, “maybe later?”

The swings at the next-door park wagged back and forth as if weighted with invisible bags of cement, and the other twin, back from the bathroom, went to find the Monopoly board. I sat there and watched them scurry off and released the breath I didn’t know I had been holding.

I never participated in National Take Your Son or Daughter to Work Day when I was my daughters’ ages in the 1980s. My dad worked as a hospital pharmacist and switched jobs on average every four years. He’d accept a position in an ailing facility, whip it into shape, and then leave for another pharmacy where he’d offer this same service. Now I see this trait continues in me, where on the page I am drawn to the thrill of a new idea and sometimes lose energy when the process overwhelms. Unlike my dad, who needed his job to keep my brother, sister, and me in shoes and cereal, I could choose to stop writing and sending out work. I could simply teach. On bad days, the temptation to let it go gleams as bright as a trophy.

“It’s really good,” J said pausing beside me. “I like how in your book you have that school assignment,” she said. “It makes the story seem real.”

The heater kicked on, a warm pulse striking from above. With their postures from that morning during the Polar Vortex in mind, I continued to work on the novel’s opening the rest of winter.

I write on a slanted desk in our basement, books towering beside it. Once this winter I glimpsed J hovering in front of my desk where I had fixed the manuscript inside a three-ring binder. Seeing her standing there, reading my writing inside the confines of our home thrilled me.

Later, when I picked up her empty cereal bowl from the table she blurted, “Questions of a Warrior reminds me of something I’ve read.”

She shook her head. “I mean it reads like something that should be published.” I thanked her, delighted by her words, but also concerned by them. As a child I felt the weight of my dad’s displeasure when he’d return from work frustrated by hospital administrators. I’d crack a joke when he seemed sullen. I tiptoed around when the hook of his jaw set. It took years before I was able to see how I’d tried to absolve him of his anxieties and somehow, forty some years later, I worry the same cycle repeats.

For a writer, the power of Take Your Son or Daughter to Work Day is to share with one’s progeny our deepest selves. For there is no doubt that when I began reading my novel’s opening aloud that I hoped my daughters would be as motionless as the ice-glazed light posts outside.

What is it about writers that make us crave affirmation?

If I had a day off school, Mom might take us to Lincoln Elementary, where she worked as the school nurse. She’d charge us with filing papers or cleaning peak flow meters for the asthma support group. I’d only go without complaint if she promised us lunch at McDonald’s. I had little interest in being at the nurse’s station. But now, as a parent, I crave my own daughters’ understanding and approval of my work.

At the end of the day, it is difficult for me to demonstrate the results of my efforts. Words and pages accrue and now, after more than four years, there are 77,000 of them in book form and yet that work guarantees little.  Reading to my daughters from my start of my novel, listening to their reactions, I was bringing them into the dark uncertainty of writing. This place is my office, the bricks and mortar of my occupation. I am writer and teacher and parent. And there is no water cooler that brings together all of it.

Imagine an actual suite where all writers work. Tiny offices with desks and solid wood doors, a bright open space with a long table where writers could heat up their leftover soup and ask each other about that morning’s progress. Once a year, the entire office would host Take Your Son or Daughter to a Writer’s Work Day, and then I’d show my daughters where I wrote essays and revised stories. Maybe there would be an office coordinator who would lead all the children on a scavenger hunt so we writers could write. That night, during dinner, when my partner asked the girls about mommy’s work, I’d feel electrified—to be seen as a professional, for them to have seen me as more than a maker of scrambled eggs.

A few weeks ago, while tucking J into bed, I told her I loved her. “You’re my favorite author,” she said. I touched the end of her nose.

“Thank you. But you don’t have to say that.”

“I know,” she said. “I wanted to.”
__
Melissa Fraterrigo is the author of the novel Glory Days  (University of Nebraska Press, 2017), which was named one of “The Best Fiction Books of 2017” by the Chicago Review of Books as well as the short story collection The Longest Pregnancy (Livingston Press, 2006). Her fiction and nonfiction has appeared in more than forty literary journals and anthologies from storySouth and  Shenandoah to Notre Dame Review, Sou’wester and The Millions. She teaches at IUPUI in Indianapolis and is the founder and executive director of the Lafayette Writers’ Studio in Lafayette, Indiana, where she teaches classes on the art and craft of writing.

On the twelfth day of Christmas, my loved ones gave to me: 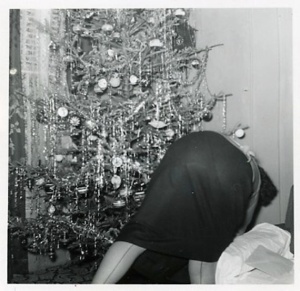 I swear there was an outlet back here last year.

I am somewhat notoriously not a holiday person. I love my family, I’m grateful there aren’t that many of them, and I live in a country where December is a festive shopping season. I’ve managed to be outside the United States for the past ten Christmases, and this one I’ll be in Taiwan.

Not everyone is that lucky. My writer buddy shows up distraught–she’s flying back to Ohio, and the in-laws who aren’t speaking to anyone else are refusing to attend the family gathering and insisting my buddy’s family come see them in Nebraska. “How come we’re your lowest priority?!”

My acquaintance is in the middle of a divorce-based argument affecting how many and what kind of presents the children can have. “You’re not spending my money on that!”

An artistic director I admire is fighting her board of directors over employee schedules while mounting a 50-child production of A Christmas Carol. Tiny Tim has managed to lose three pairs of crutches in three weeks. “They’re just going to have to do overtime.”

I suspect, Gentle Reader, you have similar items on your holiday list. In-laws. Neighbors you’d decided not to gift who show up with gifts. Debating how much to tip the super who was gone the week the boiler failed. Family from the other end of the political/moral spectrum. Tight budgets. Writer-friends who didn’t get Cat Person.

But your holiday experience is up to you. You don’t “have to” do anything. You may not like the consequences of not doing it, but it’s still a choice.

So give yourself the gift of time. Say no to more things than usual. Make a list right now of the things you expect/are expected to do this season, and choose your favorites. Ask your family what traditions they actually value and what’s rote. Don’t wait to be asked to the cookie party that takes five hours of prep and results in a carload of baked goods–go ahead and block that time out for something you want to do.

All that passive voice you’ve carefully rooted out of your writing? Employ it now.

What a shame our schedule filled up so much–let’s do something in January.

Our budget is gone–it just devastates me we won’t be able to make it.

Goodness, it sounds like that situation really bothers you–I hope it gets sorted out.

Let people be responsible for their own feelings. There’s a special holiday magic in “I agree, it’s just awful how things turned out. Oh gosh, the oven! I love you, goodbye!”

If you are an inveterate truth-teller, go preheat your oven to 350° and keep it going until December 26th. That way it’s ready when a phone call needs interrupting. (Brevity does not advise leaving your oven unattended. Please use all home appliances in accordance with manufacturer’s directions.)

Are you a fixer? Decide in advance where to spend your energy instead of having “problem-solver” thrust upon you. Pick one event or relationship you care about having in good working order–the dinner, the mother-in-law, the kids’ presents–and let everything else be someone else’s problem. It’s not even your job to assign who takes it on. It’s OK to say, “That’s not something I love doing. If you’d like to plan it, let me know when and where to show up and I’ll see you then.”

Refuse to engage with drama. Carry your notebook. When snippy Aunt Betty has something nasty to say, whip out your pen and ask her to repeat that, please, it’s perfect for a character in your book. Ask her to slow down when needed. Wait, do you want a hyphen in “streetwalker” or is it all one word? Is there a better adjective for Cousin Sally’s dress? What about “sleazy”–how do you feel about “sleazy”? I think that would tighten up the sentence. Avidly transcribe until she shuts up.

Finally, plan your escape. Even if you’re “on vacation,” it’s OK to go to the coffee shop for an hour and visit with your work. At home, leave a good book stashed under the bathroom sink, in the garage or basement or on the back porch. When a fight breaks out at the table, mutter “Oh dear, something must have disagreed with me.” That’ll give you about 25 minutes before anyone comes looking.

And if all else fails? Hit me up. I know a great noodle shop in Taipei.

Allison K Williams is Brevity’s Social Media Editor. If you want to hear about Taiwan, please do sign up for her bimonthly adventure news.

You are currently browsing entries tagged with family at BREVITY's Nonfiction Blog.