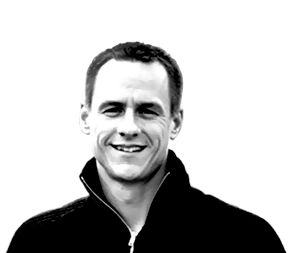 Tim Hillegonds examines the role of interrogation in his recent Brevity essay:

The scene that I attempted to capture in “A Story Like This” has been bouncing around inside my head for almost ten years now. However, as is the case with so many things that feel significant to me, it was difficult to write. I suppose that, perhaps, in one sense, the moment just felt too big to me—and so I felt like I needed to write it equally as big. But it was actually the opposite that proved to be true.

The writer Michele Morano, in a narrative shorts workshop I was taking with her, ultimately helped me wrap my head around what I needed to do. She told me that I needed to “interrogate the moment.” And that word—interrogate—stuck with me. It allowed me to see that this moment that I’d been wanting to write about had grown too big and too abstract and that I needed to make it small again.

Because no matter how big they feel, moments are small. They’re these tiny little wrinkles in our existence that have the ability to infuse our lives with meaning, with importance. And these tiny moments, if we’re not careful, can sparkle just outside of our grasp if we don’t grab them, pin them down, and interrogate them until we’ve learned all we can.

And I think that’s what we’re really doing as writers. We’re interrogating all the moments that make up our lives and trying to make sense of them, in hopes that maybe they’ll make sense to others as well. Through our constant questioning, we’re figuring out what it all means—how a small moment that happened in the shadow of a mountain range could echo and knock for almost a decade.

For me, this piece answered a question that I often times have a hard time articulating and answer to when it’s asked. “What’s the story of you and your daughter like?”

Well, I think to myself, it’s a story like this.

You are currently browsing entries tagged with flash narrative at BREVITY's Nonfiction Blog.