On the Nonfictional Nature of Nonfiction: or Yet Another Blog Post Claiming D’Agata Gets it Wrong

The recent New Yorker article, “What Makes An Essay American” by Vinson Cunningham—in which he discusses, and generally dismisses, John D’Agata’s recent The Making of the American Essay, the final installment of D’Agata’s three part series A New History of the Essay from Greywolf—has my part of the Facebook world debating, again, the issue of veracity in genres which call themselves “nonfiction.” What follows is a statement about where I—as a writer of nonfiction who believes in the importance of work that is genuinely nonfictional—come down on the issue. I’m grateful to the others who participated in the Facebook conversation, perhaps most particularly those who vehemently disagree with me. Because that conversation wasn’t held in a public forum, I won’t cite those essayists here, but I do want to acknowledge my debt to them for their influence on the final shape of this consideration.

D’Agata’s project is, in no small part, to trouble the readers’ belief that if a work lays claim to the generic position of “nonfiction,” that means that they can assume that the author of that work is therefore only offering what she believes to be true.  In an interview at Essay Daily, he states, “I understand why a reader might get upset when a text that was sold to them as ‘nonfiction’ turns out to be partially not, because while there are lots of nonfiction writers who spend their energy insisting that a nonfiction text is defined by its verifiability, there are many other writers who disagree with that characterization. Unfortunately, those of us who disagree just don’t happen to Tweet or blog or want to wade into the fever swamps of the Internet. So I think the vast majority of readers just don’t know that the very idea of ‘nonfiction’ is itself contested within the nonfiction writing community.”

First, I’d like to quibble here and say that nobody has ever, in my vast reading on the subject, suggested that all work that claims the label of nonfiction needs to be verifiable There is quite a lot of good nonfiction that is, by the very nature of its subject matter, not verifiable. I think the bar is actually set far lower, and that for most readers and many writers of nonfictions, the understanding is that the author has told the truth to the best of her ability, and not written as true anything which she knows to be, or which is demonstrably, false. The pact that is made with the reader is not that the writer has always gotten things right, only that she has tried her best to get them right, and is offering up that best attempt.

But my real beef with D’Agata’s intellectual project isn’t that I think he overstates the level of veracity expected of nonfiction, but that he acknowledges the audience’s expectation of the genre and then make it his project to defeat it by fouling the waters with works that are not, by that definition, nonfictional. (Though less in these anthologies, where the provenance of the work itself allows the reader to judge whether or not the work is nonfictional, as in his own writing.) If he succeeds, we have lost the credulous reader, who is a necessary partner in the work of any writer who is making the sincere attempt to give as true an account as she can.  If the nonfictional nonfiction, and the nonfiction which is not nonfictional, can’t be differentiated, then there ceases to be any such thing as nonfiction as such. We’ve lost the value of artifact; everything must be treated as if it might be artifice.

There are also costs to writing which lays claim to the generic position of nonfiction but which in fact includes elements that the author knows to be wholly untrue, written for an audience that does not know to expect untruths and is offering the writer the gift of their credulity.

Of all the “false” memoirs ever written, Angel at the Fence–for me, and I’m only speaking here for myself–is perhaps the most understandable and forgivable. A man who (verifiably) survived a childhood in a concentration camp wrote about the experience to get himself out of serious financial trouble after he and his family were victims of an armed robbery that left his son disabled and his family in significant debt. He didn’t fabricate the awful bits, but he included a fictional love story in order to, yes, make the work more attractive to publishers, but also, according to him, to interject some joy into something that is otherwise unremittingly grim. I get it, Rosenblat. I, too, wish there had been an angel at your fence. But my research at the moment is taking me into the very dark places on the internet where the neo-Nazis dwell, and there, Angel at the Fence and the many other false holocaust memoirs are frequent fodder for Holocaust deniers. They aren’t discussing the tension between art and veracity. I’m pretty sure that most of them aren’t aware of the conversations happening at places like Essay Daily and The New Yorker. They’re just calling Rosenblat a lying word-I-will-not-type-here, and holding up the demonstrably false account–which he offered as a true on–as evidence that Shoah never happened. (And here I want to take a moment to apologize, because I realize I’m skating dangerously close to Godwin’s Law. My goal here is not to invoke Shoah in all its terrible majesty. It is just what I have on hand this morning to illustrate the point.)

Even if we accept as legitimate D’Agata’s project to train readers not to expect nonfiction to be genuinely nonfictional, I think we have to think about what happens while the audience is learning along with the art-makers not to read nonfiction with an expectation of veracity, whether or not the audience has agreed to do the work of that learning, and what possibilities might be lost if the writer can never lay claim to speaking as truthfully as she is able. Sometimes, art is about itself. Certainly, the essay or memoir that plays with truth in order to explore how the essay or memoir functions is about itself as much as it is about its subject matter. But not all art is about the creation of art. Sometimes art is about exploring social concerns, recovering histories, elevating perspectives not well represented in majority conversations, etc. And sometimes, those explorations require the artist to ask of those who receive her art to accept that that art is made only out of artifact, not artifice. 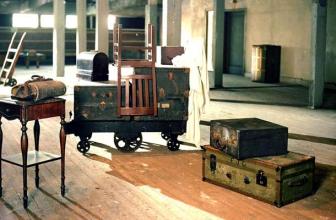 What change would be rendered, for instance, to the art project of “The Lives They Left Behind: Suitcases from a State Hospital Attic” if it turned out that the suitcases were sculptures created by the artists out of what they imagined they would find instead of being what they actually found? All I’m asking is that we not tell the reader she can never expect that work which claims to be made of artifact is ever actually made of artifact; that we don’t tell her she must always assume sculpture and never see suitcases. Because I think it matters which the audience encounters, even as they know that the experience of the art made out of the suitcases is a mediated experience different from encountering the suitcases themselves in that attic.

Sarah Einstein is the author of Mot: A Memoir (University of Georgia Press 2015), Remnants of Passion (Shebooks 2014), and numerous essays and short stories. Her work has been awarded a Pushcart Prize, a Best of the Net, and the AWP Prize in Creative Nonfiction. She is a professor of Creative Writing at the University of Tennessee at Chattanooga. She is also the Special Projects editor for Brevity and the prose editor for Stirring: A Literary Collection.

Lee Gutkind has a new book, You Can’t Make This Stuff Up, and an article post up on Huffington Post tied to a Hall of Fame of Literary Fabricators and Fakers.  The folks you expect to be there in the Hall of Fake Shame show up, such as James Frey and Herman Rosenblat, but there are a few you might not expect, including Lillian Hellman and the New Yorker‘s Alistair Reid.  Here is a brief excerpt followed by the link:

I love the first chapter of Imagine: How Creativity Works by Jonah Lehrer. It’s mostly about Bob Dylan, how he got inspired to write some of his songs, including “Like a Rolling Stone.” There’s one scene where he rips his notes into pieces and scatters them around the room in frustration. Very authentic, terrific stuff, and, unfortunately, as Lehrer recently admitted–untrue.

Why lie–especially about an American icon–information that can be easily verified or questioned?

Lehrer had a thesis to support about the spontaneity of creativity, and he wanted to tell a good story at the same time–which is what the creative nonfiction genre is all about. But style and substance sometimes don’t come together so easily–and so Lehrer took the easy road, which was also the low road…

Lee Gutkind’s Hall of Fame of Literary Fabricators and Fakers

Our friend The Ethical Exhibitionist comments provocatively and wisely on Lee Gutkind’s response to Herman Rosenblat (see entry below if you missed the set up):

It seems to me that Lee Gutkind absolutely nails it in his observation that these fraudulent memoirs couldn’t be marketed as fiction.  The one thing that James Frey, Margaret Seltzer, and Herman Rosenblat all have in common (aside from the fact that they’re frauds) is that their stories are all “affirming,” in the sense that they tell the reader, “Hey, what you want to believe is true actually IS true.”  Jamey Frey showed us that addicts can overcome their sickness through willpower alone; Margaret Seltzer showed us that even a career gangbanger can escape the streets if she really wants to; Herman Rosenblat– most nauseatingly of all– reassured us that we can find joy even in genocide, if we know where to look.  These writers comfort their readership through, to use Joan Didion’s language, “the imposition of a narrative line” that insists that there’s something reassuringly  noble about humanity, that the types of simplified endings that the world of fiction would dismiss as “contrived” or “trite” actually do happen.

That’s why, I think, defenders of these memwahists like to say “But it doesn’t matter– it’s still a good story.”  For them, “good story” doesn’t indicate aesthetic merit (because, of course, these stories are about as well-written as your typical LIFETIME ORIGINAL MOVIE or any number of Very Special Episodes of MR. BELVEDERE), but, rather, that the story made them feel good by insisting that their own intuitive optimism about complicated issues is somehow “right” in the “real world.”

Meghan Daum in the LA Times offers an interesting, somewhat deeper than most, look at the subject of fictional memoirs, specifically the newest debacle on the block, Herman Rosenblat’s now-defunct Holocaust memoir.

Along the way she talks with Lee Gutkind, who (correctly we think) debunks the idea that these fictional memoirs might easily be published as successful novels:

“I don’t think [Rosenblat’s story] is a particularly terrific story compared to the fictional worlds created by most fiction writers today,” Gutkind added. “It’s a cute story … but it doesn’t have the scope and depth required of fiction. But once you say it’s true, it becomes the kind of thing a publisher can take to the bank.”

Daum’s full piece is well worth the read.

You are currently browsing entries tagged with Herman Rosenblat at BREVITY's Nonfiction Blog.